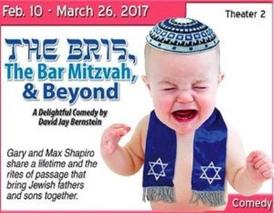 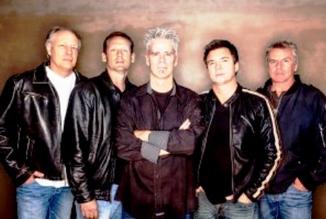 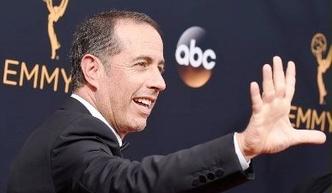 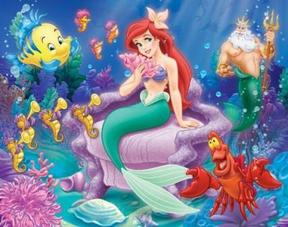 COMEDY THE BRIS, THE BAR MITZVAH & BEYOND

The Bris, The Bar Mitzvah, & Beyond is actually a drama with some very funny moments in it. It’s about relationships and from the director Randy Brenner’s point of view, it’s more or less a dramedy. He will tell you, “It’s always a challenge to do a play with three characters, and bring those three characters’ lives to life on stage, while trying to stay true to the author’s vision.

As the play goes, it begins with, “And, verily, The Lord said unto Abraham, “Cut off the foreskin of thy organ as a covenant of obedience,” and Abraham did replieth, “You’re kidding, right? Playwright David Jay Bernstein has long wondered what the ‘guest of honor ’at a Bris ceremony would be thinking if he knew what was going on.

And on the eighth day after his birth, little Max Shapiro begins a life -long conversation with his dad, Gary, by asking the age-old question, “What do you think you’re doing with that knife? The Bris sets the stage for the Shapiro’s lifetime together,” while Bernstein explains, some of the rites of passage that defines the relationship between Jewish fathers and sons.

Cast members are Jonathan Brett as Max, Ben Prayz as Gary, & Emily Freeman as Lori. The production is now on stage and runs through March 26, 2017. Tickets are $38 -$42 and $16 for students at the theatre’s box office located at 8036 Sample Road, in Margate. For further information call 954-344-7765 or visit online at www.stagedoorfl.org.

The Little Mermaid is a fairy tale written by Hans Christian Andersen  about a young mermaid who is willing to give up her life in the sea and her identity as a mermaid to gain a human soul. The Little Mermaid dwells in an underwater kingdom with her widowed father the Mer-King, her grandmother and five older sisters, each of whom has been born one year apart. When a mermaid turns fifteen, she is permitted to swim to the surface for the first time to glimpse the world above.

When the Little Mermaid’s turn comes, she rises up to the surface, watches a birthday celebration being held on a ship in honor of a handsome prince, and falls in love with him from a safe distance. When suddenly, a violent storm hits the sinking boat, the Little Mermaid saves the prince from drowning

She delivers him unconscious to the shore near a temple, waiting for someone from the temple to find him. To her dismay, the prince does not see the Little Mermaid or even realize that it was she who saved him.

She is willing to wait eternally for the prince by visiting the Sea Witch who helps her, by selling her a potion that gives her legs in exchange for her tongue and beautiful voice. She will have two human legs and be able to dance, like no other human, but  warned that only what her relationship with the prince becomes, will determine what happens to her.

Jerome Allen Jerry Seinfeld is best known for portraying a semifictional version of himself in the sitcom Seinfeld, which he created and wrote with Larry David. In 2010 he premiered a reality series called "The Marriage Ref." He directed Colin Quinn in the Broadway show "Long Story Short" at the Helen Hayes Theatre, which ran until January 2011.

He is the creator and host of the web series "Comedians In Cars Getting Coffee." In his stand-up comedy career, Seinfeld is known for specializing in observational comedy, often ranting about relationships and embarrassing social situations.

In 2005, Comedy Central named Seinfeld their "12th  Greatest Stand-Up Comedian of All Time.” Seinfeld appeared on an episode of the Starz original series "Head Case." As was the case in many of his previous guest appearances on sitcoms, he played himself. He was the first guest on Jay Leno’s talk show, "The Jay Leno Show," which premiered on September 14, 2009. In the same year, Seinfeld and the entire cast appeared for a reunion in Larry David’s HBO series "Curb Your Enthusiasm."

AT THE CASINO @ DANIA BEACH

Legendary hit-makers Little River Band have released one of their latest albums for Frontier Records in North America. The group also released a single “The Lost and the Lonely.” Formed originally in Melbourne, Australia  in 1975, Little River Band started to enjoy their success in their home country before becoming radio staples in the United States with good songwriting, powerful vocals and guitar harmonies. They immediately claimed their place as one of the great vocal bands of the 70s and the 80s.

Through the years, the band has thrived as highly respected and constantly in-demand, going about their craft with a dedication to excellence and professionalism that few, if any, can match. The Band is now stronger than ever. There is a new element of youthfulness and vitality, shown by lead vocalist/bass  guitarist, Wayne Nelson, who began his career in 1980.

Other current members include Rich Herring and Greg Hind on guitars, Chris Marion on keyboards, and Ryan Ricks on drums. In 2004 the Band was inducted into the Australian Hall of Fame.