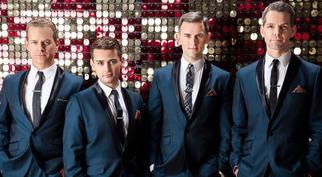 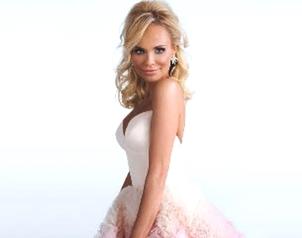 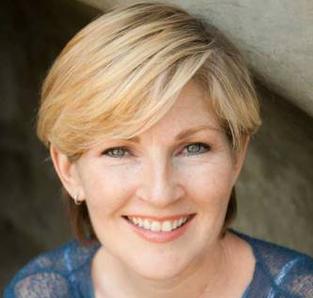 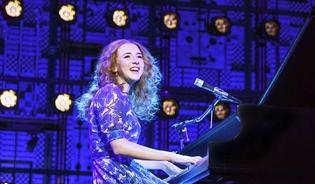 Long before  she was Carole King, a chart-topping legend, she was Carole Klein, a Brooklyn girl with a passion and chutzpah. This incredible story of a 16 year old girl turned multi-hit music legend had made its full circle back to California.

She fought her way into the flourishing record business as a teenager and, by the time she reached her twenties, had the husband of her dreams and a flourishing career writing hits for the biggest acts in rock ‘n’ roll. But it wasn’t until her personal life began to change that she finally found her true voice.

Beautiful, tells the inspiring true story of King’s remarkable rise to stardom. Carole’s song “Tapestry” made her a star in 1971, but before that most of the album’s fans knew her name.  She was  already an enormously  successful songwriter for more than a decade.

From being part of a hit songwriting team with her husband, Gerry Goffin, Carol King became one of the most popular solo acts in music history. “So Far Away,” was inspired by missing her family, 2 daughters Louise and Sherry, and her second husband, musician Charlie Larkey.

She wrote the soundtrack for a future generation with songs as “I Feel the Earth Move,” “One Fine Day,” “ You Make Me feel Like a Natural Woman,” and “You’ve Got a Friend.”

Introducing, Julia Knitel’s superb performance as Carole King.  All these songs and more will be featured at the Arsht Center from February 14-19-2017 in the Ziff Opera House evenings at 8 p.m. matinees at 2 p.m. with tickets starting as low as  $35 at the box office located at 1300 Biscayne Blvd., Miami. For more information call 305-949-6722.

KRISTIN CHENOWETH TO THE BROWARD CENTER

Kristin Chenoweth is an American actress and singer, with credits in musical theatre, film and television.  In 1999, she won a Tony Award for her performance as Sally Brown in “You’re A Good  Man,  Charlie  Brown,” on  Broadway.  In 2003, she received wide notice for originating the role of Glinda in the musical Wicked, including a nomination for another Tony.

Her television roles have included Annabeth Schoff in NBC’s The West Wing and Oliver Snook on the ABC comedy-drama Pushing Daisies, for which she won a 2009 Emmy Award for Outstanding Supporting Actress in a Comedy Series.

Chenoweth also starred in the ABC TV series GCB in 2012.  After she appeared in Animal Crackers, she continued to appear in theatre productions, such as Babes In Arms and The Phantom, as Christine.


JOANNE O’BRIEN CELEBRATES THE SOUND OF

KAREN CARPENTER AT THE AVENTURA CENTER

This is a celebration of the songs via the velvet voice of singer/actress Joanne O’Brien. She will take you through the years of iconic classics, musical diversity, and pop culture at that time in history when the world first fell in love with the magical sound of Karen and Richard Carpenter, The Carpenters, and “We've Only Just Begun.” O’Brien has a strong cabaret voice that brings pop generations together.

The Carpenters recorded so many songs; it would take forever to mention them all. Just to name a few are: “Close To You,” “And  I  Love You So,”  “ There’s Always Something There to Remind Me,” “For All We Know,” “Goodbye To  Love,” and hundreds more.

THE MIDTOWN MEN FROM ORIGINAL CAST OF

The Midtown Men are the four original cast members of the high-octane musical tour de force that took the New Jersey Boys phenomenon to Broadway and celebrated the greatest hits of the 60’s.  From boys to men, The Midtown Men reunite stars from the original cast of Broadway’s Jersey Boys, making them the first vocal group ever formed from the principal cast of a high-profile Broadway show.

After sharing the stage for more than a thousand performances, Tony Award winners Christian Hoff, Michael Longoria, Daniel Reichard, and Tony Award nominee Robert Spencer, decided to take their sound and act to stages all over the country, along with their most popular 1960 hits. Their flawless performances have been enjoyed by audiences of all ages.