SHE STOLE YOUR HEART AT AGE TEN NOW SEE

The talented 10-year-old girl who stole America’s heart is now 16 years old with a driver’s license. The year 2016 saw the release of new music by Jackie. The three new covers are “Writings On The Wall," “Safe and Sound,’ “Coming Home,” and one new original song written especially for her,  “Apocalypse.”

Jackie’s last studio release was in July 2014. Her song “Awakening” entered the Billboard Classical Chart at number one. Jackie was born April 9, 2000  and started singing from the time she was eight years old. She found her interest in music after  watching the musical,  “ The Phantom of the Opera.”

She later competed in a local singing contest in her native Pennsylvania, winning a runner-up placement. Living in the suburb area of Pittsburgh, she began taking singing lessons, and took part in more contests to enrich her experience and uploaded her rendition of music on You Tube. In 2009, Jackie released an indie album called “Prelude to a Dream,” which covered songs from the likes of Andrea Bocelli, Josh Groban, and Martina McBride.

Jackie entered “America’s Got Talent” and received the most votes from fans to be advanced to the next round and became one of the finalists. On June 4, 2011, she  performed  at the final Britain’s Got Talent. Her rendition of  “When You Wish Upon a Star” is a You Tube  Highlight.  See this prominent young talent at the Coral Springs Center on February 25, 2017 at 8 p.m., located at 2855 Coral Springs Drive, Coral Springs. For tickets and information call the Center’s Box Office at 954-344-5990.  Visit online at www.coralspringscenterforthearts.com.

Based on the turbulent and triumphant life of Danny Kaye, this intimate musical portrayal chronicles Kaye’s career and his relationships on and off the stage. The story follows the rise of Danny Kaye from an undisciplined improvisational comic to his success under the guidance of his wife, Sylvia Fine.

Kaye teamed with the popular Andrews Sisters- Patty, Maxene, and LaVerne in 1947, producing the number three Billboard smash  hit  “Civilization Bongo, Bongo, Bongo.” The success of the pairing prompted both acts to record through 1950, producing  several  hits, including “The Woody Woodpecker Song.” He starred in 17 movies, notably Wonder  Man, The Kid  From Brooklyn, The Secret  Life of Walter Mitty, The Inspector General, White Christmas,  and others.

WITH “ROCKIN’ ROAD TO DUBLIN” LIVE

The new sensation combines Irish and  the power of Rock-N-Roll , all with the finish of a Broadway theatrical production. American and Irish dancers come  together for music-and-dance spectacular. Rockin’ Road To Dublin launched its first performance last fall and now comes to the Parker Playhouse on February 28, 2017, at 7:30 p.m.

Created by veteran Celtic rocker  Chris Smith and Irish -dance champ Scott Doherty, the show features a cast of about a dozen dancers and a handful of musicians who will stomp their way to the  Parker Playhouse. Tickets are $29 to $ 49 available, in person, at the Box Office, located at 707 N. E.  Eighth Street, Fort  Lauderdale, online at www.parkerplayhouse.com, by phone at 954-462-0222, and Ticketmaster outlets.


“SHE LOVES ME” TICKETS NOW ON SALE

AT THE  SUSAN KATZ THEATRE IN PEMBROKE PINES

First produced on Broadway in 1963, She Loves Me is adapted from the same play that served as the inspiration for the Meg Ryan and Tom Hanks-starring film, "You’ve Got Mail." A pair of feuding perfume shop employees don't realize that they’re secretly and anonymously writing love letters to each other, in this sentimental musical comedy.

She Loves Me, a charming, Tony Award-winning tale of a cute, but arrogant manager, Georg and his spunky new clerk Amalia, also features music by Jerry Block and lyrics by Sheldon Harnick, the same pair that wrote the tunes for the Broadway classic, Fiddler On The Roof.

The Two Budapest shop employees, Georg Nowack and Amalia Balash, who are at odds with each other at work, constantly argue, finding solace, and fall in love with their anonymous romantic  pen pals, while not suspecting that their respective correspondents are none other than -- each other.

She Loves Me has a melodic and witty score of more than twenty five songs for any audience’s delight.  She Loves Me takes center stage from February 24-March 19, 2017. Evenings at 8 p.m., Matinees and Sunday at 2 p.m. Tickets are $15 to $30 at the Theatre’s Box Office located at 17195 Sheridan Street, Pembroke Pines. For other information call 954-437-4884. Visit online at www.pptopa.com. 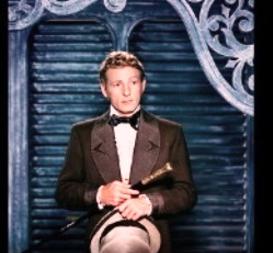 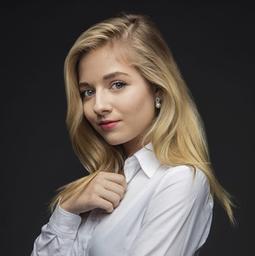 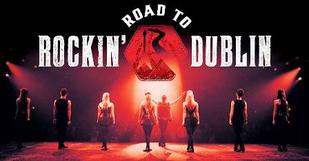