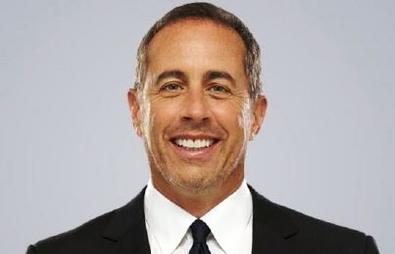 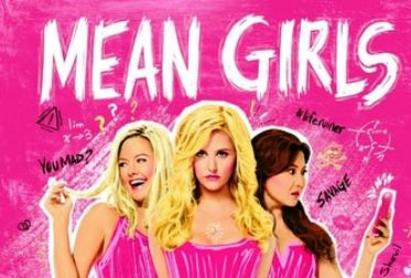 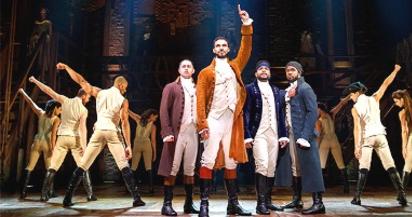 Jerry is known for playing a semi-fictionalized version of himself in the sitcom, Seinfeld, which he created and wrote with Larry David. The show aired on NBC from 1989 until 1998, becoming one of the most acclaimed and popular sitcoms of all time. As a stand-up comedian, Seinfeld specializes in observational comedy. In 2005, Comedy Central named Seinfeld the “12th Greatest Stand-up Comedian of all time.”

Seinfeld produced, co-wrote and starred in the 2007 film Bee Movie. In 2010, he premiered a reality series called The Marriage Ref, which aired for two seasons on NBC. Seinfeld is the creator and host of the series, "Comedians in Cars Getting Coffee," on Netflix. He will be on stage at the Hollywood Hard Rock Live, February 21 and 22, 2020 at 8 p.m. Tickets are $80 to $180 at Ticketmaster or available at the box office located at 1 Seminole Way, on State Road 7, Hollywood. For all other information call 954-797-5555.

EVERY PERFORMANCE AT $10 EACH

Producer Jeffrey Seller and the Arsht Center of Miami announce a digital lottery for HAMILTON tickets which will begin in conjunction with the show’s first performance February 18, 2020 in the Ziff Ballet Opera House. Forty tickets will be sold for every performance for $10 each.

The digital lottery for Hamilton opened at 11 a.m. on February 16 for tickets to the Tuesday, February performance. Subsequent digital lotteries will begin two days prior to each performance until the final performance on March 15, 2020. Visit hamiltonmusical.com/lottery to register.

No purchase is necessary to enter or participate. Each winning entrant may purchase up to two tickets. Only one entry per person. Repeat entries and disposable email addresses will be discarded. Tickets must be purchased online with a credit card by 4 p.m. the day before the performance using the purchase link and code in a customized notification email.

Tickets not claimed prior to the performance are forfeited. Lottery tickets may be picked up at Will Call beginning 2 hours before the performance with a valid photo ID. Lottery tickets will be void if resold. Patrons must be 18 or older and have a valid, non-expired photo ID that matches the name used to enter. Tickets are non-transferable and at the sole discretion of the show.

Hamilton is the story of America then, told by America now, featuring a score that blends hip-hop, jazz, R &B and Broadway. Hamilton has taken the story of American founding father Alexander Hamilton and created a revolutionary moment in theatre; a musical that has had a profound impact on culture, politics and education. The Arsht Center is located at 1300 Biscayne Blvd., Miami. For further information call the box office at 786-468-2326.

MEAN GIRLS is Hilarious! A ferociously funny new musical from an award-winning creative team. The cast is sensational-expert comedians with fierce voices and acting ability to match. Cady Heron may have grown up on an African savanna, but nothing prepared her for the wild and vicious ways of her strange new home: Suburban Illinois.

How will this naive newbie rise to the top of the popularity pecking order, by taking on The Plastics, a trio of lionized frenemies led by the charming but ruthless Regina George. But when Cady devises a plan to end Regina’s reign, she learns the hard way that you can’t cross a Queen Bee without getting stung.

“Mean Girls” delivers a tremendous source of energy, a very unpredictable sense of humor and a great deal of funny inside jokes. A delightful and energetic tuner packed with a strong performance, engaging numbers and eye popping visuals. Don’t delay, get your tickets now at Ticketmaster for the March 3 to 15, 2020 performances ranging from $40 to $140 plus. Showtimes vary from evenings at 8 p.m. to matinees 1 and 2 p.m. Sundays at 7 p.m. in the Au-Rene Theatre located at 201 S.W. 5th Avenue, Fort Lauderdale. For all additional information call 954-462-0222.

Tom Sergeant, a wealthy, middle-aged businessman, and the much younger Kyra Hollis, his former employee, had a long, ardent love affair until his wife discovered their relationship. Kyra walked out, and a year after his wife’s death, Tom unexpectedly pays a visit to his ex, who now
teaches underprivileged children and chooses to live in poverty. Can incomparable values and opposing world views be bridged if the passion remains?

This is the question at the heart of David Hare’s 1996 Oliver Award-winning Skylight, which is now on stage and runs through March 1, 2020. The play is directed by the multi-talented Vanessa Morocco, familiar to PBD audiences for her roles in The House of Blue Leaves and Arcadia.

In the course of this funny, searing, and romantic work the complexity of Kyra and Tom’s relationship is revealed as they discuss hurts and recriminations, and discuss love and death, grief and betrayal, and especially, social and political issues.

Hare is a renowned political playwright and a liberal, and the play takes a stark look at Britain in the wake of Margaret Thatcher’s tenure as prime minister.

There’s no doubt which character’s politics reflect his own, yet Hare doesn’t stack the deck in favor of the idealistic Kyra. Cast members are Peter Simon, Sarah Street, and Harrison Byran.

Tickets are specially priced at $57 to $77, now available at the Don and Ann Brown Theatre located at 201 Clematis Street, West Palm Beach. For all additional information call the box office at 561-514-4042. Showtimes are Wednesday, Thursday, Friday, Saturday and Sunday.