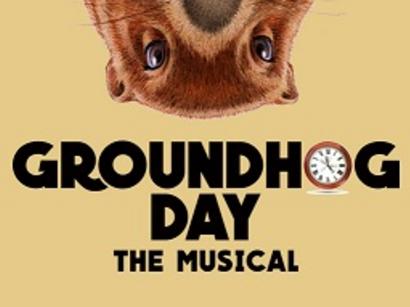 THE WORLD PREMIERE OF “ORDINARY AMERICANS”

NOW ON STAGE AT THE BILTMORE GABLE STAGE

In the early 1950's Gertrude Berg and Phillip Loeb, the pioneering stars of television’s groundbreaking sitcom, The Goldberg’s, heroically struggle to save their show, their careers, and their friendship in the face of McCarthyism, anti-Semitism, and the political climate of the country.

Based on actual events, Ordinary Americans reveals the double-edged sword between speaking out and staying silent.  From 1899 to 1966 Berg was a seminal figure in American popular culture in the first half of the twentieth century and one of the most significant artists in television history, yet she is largely forgotten today.

She was known to millions around the country as Molly Goldberg, a character she created for her 1929 radio show. She was also the show’s producer, and the first recipient of an Emmy Award for Lead Comedy Actress.

The cast consists of David Kwiat, Elizabeth Dimon, and Rob Donohoe, under the direction of Joseph Adler. Tickets are going fast for this amazing world show, now on stage through February 16, 2020, in collaboration with Palm Beach Dramaworks, Thursday, Friday, Saturday and Sunday. Evenings at 7 and 8 p.m. , Matinees 2 p.m. Due to exceptional demand, matinees have been added February 8 and 15th. For additional information call the box office at 305-445-1119 located at 1200 Anastasia Avenue, Coral Gables.

IN THE AU-RENE THEATRE

Patinkin is an American actor and singer well known for his portrayal of Inigo Montoya in the 1987 film The Princess Bride. His credits include Yentl, Alien Nation, Dick Tracy, The Adventures of Elmo in Grouchland, and Wish I Was Here. He has appeared in major roles in television series such as Chicago Hope, Dead Like Me, and Criminal Minds, and currently plays Saul Berenson in the Showtime series, Homeland.

He is a noted interpreter of the music works of Stephen Sondheim and is known for his work in musical theater, originating iconic roles such as Georges Seurat in Sunday in the Park with George, and with Ché in the original Broadway production of Evita. He had his first success in musical theater when he played the role on Broadway.

He played Inigo Montoya in Rob Reiner’s The Princess Bride, as the best swordsman in the country. Over the next decade, he continued to appear in movies, such as Dick Tracy and Alien Nation, but continued as a singer.

IN THE AMATURO THEATRE AT BROWARD CENTER

Forget weather reports “Ground Hog Day The Musical” predicts three weeks of laughter. It’s a boy -meets -girl and then boy-meets-girl again Broadway musical comedy. This winner of London’s Olivier Award for “Best Musical” will be performed in the Amaturo Theatre at the Broward Center, now on stage through February 16, 2020.

The musical follows a jaded metropolitan weatherman who is stuck on an assignment in rural Pennsylvania for the annual groundhog sighting and discovers there is no way out as he relives the same day again and again. Always ready with a one-liner or clever quip about the all too cheery people of Punxsutawney, he is about to discover during this extraordinary day that may be the joke is on him.

A TRIBUTE TO JOHNNY CASH
“THE MAN IN BLACK”

The Man In Black: A Tribute To Johnny Cash is an accurate and energetic recreation of an American music icon. The show brings this legend back to life on stage for the fans of today and the next generation.

Born and raised in a working class suburb of St. Louis, Shawn Barker took a schoolboy love for singing in church with his family and turned it into a career: a-one-of-a-kind tribute to Johnny Cash.

Universally considered the pre-eminent Johnny Cash tribute artist, Barker shares an uncanny resemblance to Cash. His strikingly similar looks, voice, and spot-on mannerisms revitalize the true character of Mr. Cash himself, and have led Barker to an immensely successful career, performing his tribute to the original “Man In Black.” 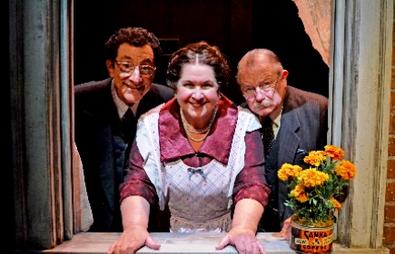 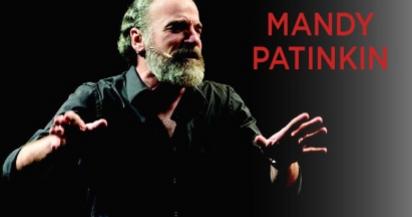 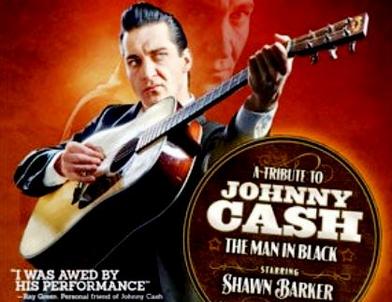