THE GREATEST LOVE OF ALL

This heartfelt musical journey celebrates the legendary Whitney Houston through her greatest hits. The Whitney Houston show is a  beautifully crafted tribute, featuring the breathtaking vocals of South African songstress Belinda Davids.  She is accompanied by a live band, backing vocalists, and choreographed dancers. State-of-the-art sound and lighting fill out the stage, under an umbrella of absolute perfection.

The concert event features such hits as “I Will Always Love You,” “I Wanna Dance With Somebody,” “How Will I Know,” “Didn’t We Almost Have It All,” and “I’m Every Woman,” among others.

The chanteuse,  Belinda Davids, the South African chart-topping artist, possesses a four-octave range and drew inspiration from Houston as a child, stylizing her vocal timbre after the late singer while growing up on R&B and gospel music.

Tickets for this most unusual performance on January 23, 2020, at 8 p.m. are $20 to $79 and up. Ticketmaster is the only official ticketing service of the Broward Center. Buy tickets online at BrowardCenter.org or at the theater’s box office located at 201 S.W. Fifth Avenue, Fort Lauderdale. For all other information call 954-462-0222.

Picking up where the Rat Pack left off...The Tap Pack conjures up a modern twist to the crooners and artists from the 50's through to the noughties!  Featuring songs from Sinatra , Dean Martin and Sammy Davis Jr. To Sheeran , Buble and Beyonce, The Tap Pack mix slick humor, high energy entertainment with world class tap dance.

A show of pure entertainment, inspired by the legendary kings of swing, The Rat Pack, is freshly created for today’s audience. Cool classics with a fresh new twist.  The show features all your favorites including “The Lady is a Tramp,” ‘Come Fly With Me,” “One For My Baby,” “Me and My Shadow,” and much more.

Starring four of Australia’s finest and most distinguished dancers and singers, The Tap Pack includes Jordan Pollard (The Adams Family, Anything Goes, Singin’ in the Rain), Sam Marks (Cats, Wicked, King Kong Live on Stage), Glenn Hill (We Will Rock You, Mamma Mia, Dirty Rotten Scoundrels), and Jan di Pietro (Mary Poppins, Chitty Chitty Bang Bang, Pirates of Penzance).  With credits on stage, film and television and with more than 20 musical theatre productions amongst them, The Tap Pack is pure entertainment.

THE AVENTURA CENTER BRINGS BACK

On her thirteenth birthday, Anne Frank’s parents give her a diary. She was so excited because she wants someone-or something-in which to confide all of her secret thoughts. Even though she has a rich social life, she feels misunderstood by everyone she knows.

Anne starts writing about daily events, her thoughts, school grades, boys. But, within a month, her entire life changes.  As Jews in German-occupied Holland, the Frank family fears for their lives.

When Anne’s sister, Margot, is called to appear before the authorities-which would almost surely mean she was being sent to a concentration camp-Anne and her family go into hiding. They move into a little section of Anne’s father’s office building that is walled off and hidden behind a swinging bookcase.

For two years, the Frank family lives in this Secret Annex. Mr. and Mrs. Van Daan and their son Peter (who is a few years older than Anne) are also hiding with the Franks. Later, Mr. Dussel (an elderly dentist) moves in, and Anne has to share her bedroom with him. Anne’s adolescence is spent hiddern from the outside world. She’s cooped up in tiny rooms, tiptoeing around during the day and becoming shell-shocked from the sounds of bombs and gunfire at night.

Anne grows in her knowledge of politics and literature, due to the tons of literature and a radio available to her. She puts tons of energy into studying and writing including a greater interest in Peter than she first thought. Sensitive to the world, her own suffering becomes unbearable.

There her diary ends. In two short months after Anne’s fifteenth birthday, the secret annex is raided and things got worse. Anne and other members of the annex were sent to concentration camps.

With a magnificent multicultural cast, the National Players bring the true story of this incredibly insightful young girl, in hopes of inspiring the next generations to stand up for justice.

"HAMILTON” THE MOST POPULAR SHOW

EVERY ONE WANTS TO SEE

Coming to the Arsht Center February 18 thru March 15, 2020, Hamilton is the story of America’s founding father Alexander Hamilton, with music, lyrics, and book by Lin-Manuel Miranda, inspired by the 2004 biography of Alexander Hamilton, written by Ron Chernow. The show is an achievment of historical and cultural reimagining. The costumes and set reflect the period, with velvet frock coats and knee breeches.

The show revolves around the life of Alexander’s many achievment as a military hero and aide to George Washington, as the first Secretary of the Treasury and much more.

Hamilton is a story about America, and the most beautiful thing about it is ....it’s told by such a diverse cast with such diverse styles of music, according to Renee Elise Goldberry who played Angelica Schuyler. Although based on historical events and people, Miranda did use some dramatic license in retelling the story. For example while Angelica did have a strong relationship with Hamilton, it is exaggerated in the show.

In 2015 the U.S. Department of the Treasury announced a redesign of the $10 dollar bill, with plans to replace Hamilton, with a then-undecided woman from American history. Because of Hamilton’s surging popularity and due to the musical, plans were reversed.

Hamilton has been awarded almost every award possible, leaving audiences clamoring for tickets now available from $78 to $198 and up at the Arsht Center at Ticketmaster. Performances in the Ziff Ballet Opera House opens February 18 thru March 15, 2020. For other information call the box office at 786-468-2326, located at 1300 Biscayne Blvd., Miami. 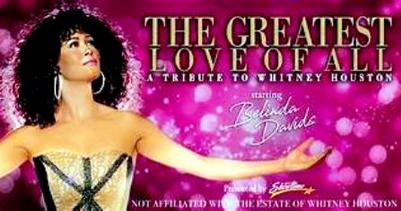 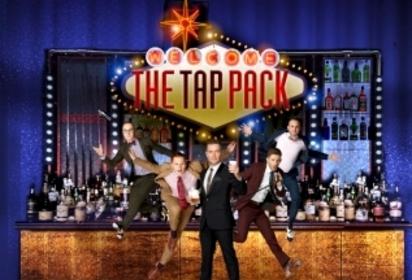 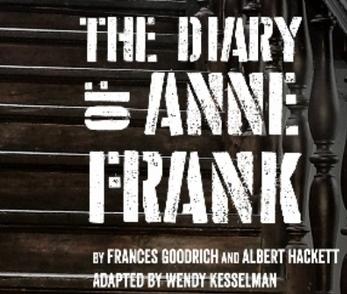