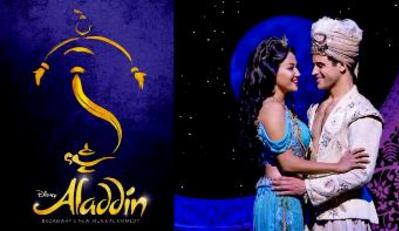 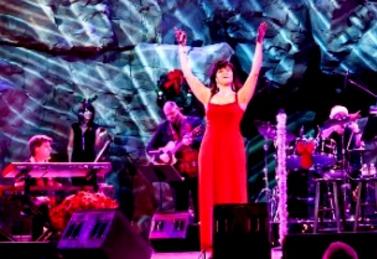 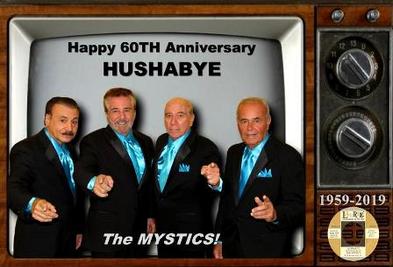 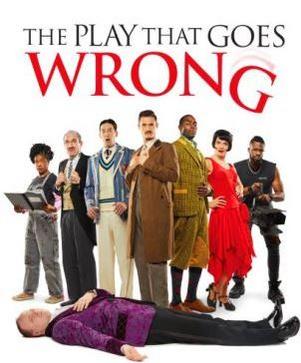 Aladdin is a Broadway musical based on the 1992 Disney animated film of the same name. Also, with a book by Chad Beguelin, music by Alan Menken and lyrics by Howard Ashman for the film but not used, and adding four songs written by Menken and Beguelin.

Set in the fictional middle-eastern city of Agrabah, the story follows the familiar tale of a poor young man who is granted three wishes by a genie in a lamp, which he uses to woo a princess, and to thwart the sultan’s evil Grand Vizier.

Aladdin is one of the misfits on the streets of this city, stealing food trying to survive. When his mother dies, he decides to put an end to worthless vagrant living and gives himself a covenant never to steal and generally prove to the world that he is worth something.

As it turns out, soon it becomes possible, because Jafar, Grand Vizier of the city, in an attempt to fight for the throne, wants to get into some kind of mysterious cave.  There, he will find a lot of knowledge, but to get there he must be able to find Aladdin and use his help.  The grotto cave opens only to him, as he is like a "Diamond In The Rough."

The musical premiered on Broadway February 26, 2014, in previews and opened on March 20, 2014, at the New Amsterdam Theatre, taking the place of Mary Poppins. The show was nominated for five Tony Awards, winning one for Best Performance by a featured actor in a musical for James Monroe Iglehart. The cast album was nominated for the Grammy Award for Best Musical Theatre Album.

THE HILARIOUS “THE PLAY THAT GOES WRONG”

TO MAKE ITS DEBUT AT THE KRAVIS CENTER

Broadway’s Tony Award-Winning hit comedy, will make its West Palm Beach debut at the Raymond F. Kravis Center December 10- 15, 2019. Tickets may be purchased now. The Play That Goes Wrong is a riotous comedy about the theatre. The play introduces The “Cornley University Drama Society," who are attempting to put on a 1920's murder mystery.

But as the title suggests, everything that can go wrong....does, as the accident prone thespians battle on against all odds to get to their final curtain call.

THAT FABULOUS DOO-WOP GROUP “THE MYSTICS”

The Mystics have withstood the test of time and continue to bring their music to their fans. To be part of the audience is an experience within itself...a trip down memory lane for all ages.

Lets go back in time to 1959. The key words here are doo-wop and harmony-light, simple and ever so beautiful. It was the late 50's and the words were heard on the airwaves, and fans sung along “Hushabye, Hushabye-Oh My Darling Don’t You Cry, Guardian Angel From Above-Take Care Of The One I Love”

Today 2 original members -George Galfo and Phil Cracolici look back with pride in keeping those harmonies coming. Joining Phil and George are Albee Cracolici and Bob Ferranti. The Mystics today take audiences on an All-American musical tour with the New York Street Sounds of the 50's, the Motown classics and more.

The group’s tribute to our troops and veterans has become a crowd favorite and includes songs like “High On America,” as well as the classic, "God Bless the USA."

Back by popular demand, tickets are now on sale for their performance at the Top of The World’s Recreation Center, 1751 N.E. Pine Island Road #110, in Clearwater Florida, January 5, 2020. For tickets and all other information call Joni Sperling  at 352-513-3662 or email The Mystics at themystics2002@aol.com.

OF THE  SIBLINGS DUO


The Carpenters were an American vocal and instrumental duo during 1950-1953. They produced a distinct soft musical style, combing Karen’s contralto vocals with Richard’s arranging and composition skills. During their 14-year career, The Carpenters recorded ten albums, along with numerous singles and several television specials.

They first performed together as a duo in 1965 and formed the jazz-oriented Richard Carpenter Trio followed by the middle-of-the-road Spectrum. They signed as The Carpenters to A & M Records in 1969, and achieved major success the following year with the hit singles “Close To You,”and “We’ve Only Just Begun.” The duo’s brand of melodic pop produced a record-breaking run of hit recordings on the American Top 40 and Adult Contemporary charts, and they became  leading sellers in soft rock.