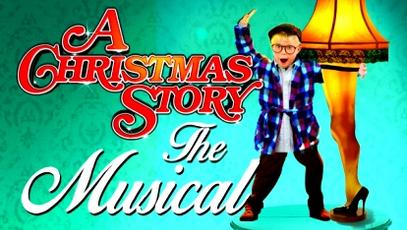 ITS 22nd SEASON OF THE NUTCRACKER

Arts Ballet Theatre of Florida returns again with the most traditional and classic ballet of them all, "THE NUTCRACKER”. One of the most popular versions of this holiday season Fairy tale returns to the stage to delight audiences with its beloved music and brilliant dancing.

The annual production of Tchaikovsky’s iconic score (based on the tale of Ernest Hoffman,) choreographed and directed by well known Ballet Master Vladimir Issaev, will bring snowflakes, sugarplums, naughty little boys, and magical dolls to the scene.

The production brings with it, company awarded dancers and local artists to the Aventura Arts and Cultural Center, and the Parker Playhouse in Fort Lauderdale. This is the only professional company presenting this ballet in North Miami-Dade, and Broward County.

Over the years, this festive family-friendly ballet presented by the Arts Ballet Theatre of Florida ‘s Company has become a cherished tradition with the families of South Florida during the Holiday Season. Arts Ballet features its team of professional dancers performing the principal roles accompanied by a community cast of local artists and children for the party scene.

TO FEATURE THE TONY AWARD MUSICAL “ONCE”

From the very first note, Once pulls you in and doesn’t let you go. Featuring magical songs from the critically acclaimed film, including the Oscar-winning “Falling Slowly,” this gorgeous and uplifting show strikes an unforgettable chord.

Set in Dublin, an Irish musician ready to give up on his career is drawn to a Czech immigrant that helps encourage him to keep writing and performing. Through their shared love of music, an unexpected friendship and collaboration quickly evolves into a powerful, but complicated, love story.

Once, the winner of eight 2012 Tony Awards, including Best Musical, and winner of the 2013 Grammy Award for Best Musical Theatre Album, will open at the Lauderhill Performing Arts Center on December 5th and run through December 22nd, 2019.

The musical is based on the 2007 Academy award-winning film of the same name, which was written and directed by John Carney, and starred Glen Hansard and Ms. Irglova. The multiple award-winning  Once, has also won Grammy and Oliver awards.

Featuring an impressive ensemble of actor/musicians who play their own instruments on stage, Once tells the enchanting tale of a Dublin street musician who’s about to give up on his dream when an intriguing young woman takes a sudden interest in his haunting love songs.

As the chemistry between them grows, his music soars to powerful new heights, but their unlikely connection turns out to be deeper and more complex than your everyday romance. Emotionally captivating and theatrically breathtaking, Once is an unforgettable story about pursuing your dreams.... not living in fear....and the power of music to connect us all.

This Apex Touring production will include a pre-show onstage bar atmosphere wherein the performers play a variety of traditional Irish and Czech tunes each night, and audience members will be invited to join them on stage with their drinks and interact with the musicians.

“A CHRISTMAS STORY, THE MUSICAL”

WILL BE PERFORMED IN THE SLOW BURN THEATRE

In a special holiday offering, Jet Blue presents Slow Burn Theatre Company’s production, being called a true gift !  A sparkling adaptation with a sure fire charmer of a score, when the regional premiere of "A Christmas Story, The Musical" comes to the Broward Center for Performing Arts Amaturo Theatre Friday December 13-Sunday, to December 29, 2019.

The songwriting team behind the Tony Award -winning musical Dear Evan Hansen joined with the musical’s book writer Joseph Robinette creates this crowd-pleaser that brings an exciting new dimension to the iconic holiday movie, and offers an enchanting new treat to those new to the holiday tale.

The musical includes all the beloved scenes from the movie and a score that ranges from ballads to show-stopping full-ensemble numbers including “Ralphie to the Rescue!,” ‘Up on Santa’s Lap,” and the inevitable “You’ll Shoot Your Eye Out!”

FOR “CHARLIE AND THE CHOCOLATE FACTORY”

The Adrienne Arsht Center is thrilled to announce tickets are now available for Ronald Dahl’s Charlie and the Chocolate Factory. The play will be in  the Center’s Ziff Ballet Opera House from January 1-5-2020.

Charlie And The Chocolate Factory tells the story of Willy Wonka, world famous inventor of the Everlasting Gobstopper, who has just made an astonishing announcement. His marvelous and mysterious factory is opening its gates ...to a lucky few.

That includes young Charlie Bucket, whose life definitely needs sweetening. He and four other golden ticket winners will embark on a mesmerizing, life-changing journey through Wonka’s world of imagination. Get ready for Oopa-Loompas, incredible inventions, the great glass elevator, and more, at this everlasting show stopper!

The hit Broadway musical features songs from the original film, including “Pure Imagination,” “The Candy Man,” and “I’ve Got a Golden Ticket,” alongside a toe-tapping and ear-tickling new score from the songwriters from Hairspray, Tickets won’t last long for this show, buy them while available. 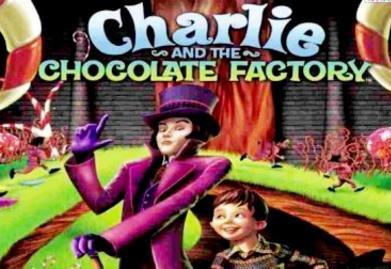 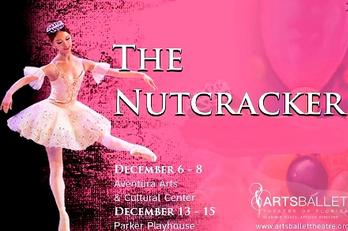