BOBBY SLAYTON KNOWN AS THE PITBULL OF COMEDY

Often referred to as “The Pitbull of Comedy,” Slayton has been performing his own intense style of stand-up comedy for more than 30 years, becoming one of the best known, respected, and energetic comics working today.

As seen on: “Get Shorty,” “Ed Wood,” “Bandits” and “Dream girls,” “The Tonight Show,” “Politically Incorrect,” and in Woody Allen’s Amazon TV Project “Crisis in Six Scenes.” He was a series regular on the HBO series “Mind of a Married Man,” and “The Rat Pack.”

Slayton’s distinctive gravelly voice has often been heard on animated shows like “Dr. Katz,” and “Family Guy,” as well as many popular radio shows across the country, including Howard Stern, Kevin & Bean, etc.

Group sales call 954-660-6307.  Slayton’s refusal to compromise his art has always made him worth a special trip.  *The program may contain adult language and content. Not suitable for children.

WITH WEST SIDE STORY

West Side Story: powerful, groundbreaking, heartbreaking. All words that have been used to describe one of Broadway’s most memorable and iconic pieces of musical theatre, reimagines Shakespeare’s Romeo and Juliet in 1950's New York City.

A bitter rivalry between two teenage street gangs, the American-born Jets and the Puerto Rican immigrant Sharks is forever altered by a forbidden love affair between the young couple Tony (Jacob Tarconish) and Maria, played by seventeen-year old, Alexa Lopez, a senior at the American Heritage School in Plantation.

The story's star-crossed lovers struggle to rise above the hatred and intolerance that surrounds them. This smash hit musical was heralded as an electrifying moment in theatre history, but it opened in 1957, and today, it remains as powerful, poignant and timely as ever.


Don Giovanni is the story of the world’s greatest lover, Don Juan, as a young, arrogant and charismatic aristocrat who will stop at nothing to fulfill his ravenous lust. But when a midnight seduction ends in murder, Don Giovanni soon finds himself pursued on all sides by those he has wronged in the past. This masterwork is a brilliant combination of an engrossing story of seduction and vengeance set to the lavishly orchestrated musical genius of Mozart.

Mozart deftly underscores the action with his music. For example, in an aria midway through Act 1, Giovanni’s servant, Leporello, reads delightedly from his little black book, listing the many women who have been conquered by Don Giovanni in each of several nations—1,003 women in Spain alone!

Mozart matches musical characteristics to various adjectives, so that petite women are portrayed with short notes and ladies of more grandeur are described with longer note values. The opera is sung in Italian with English and Spanish projected translations.

ON THE WAY TO THE  FORUM


A Funny Thing Happened On The Way To The Forum will open on November 23, in the Rinker Playhouse and will run through December 8, 2019. Forum is an MNM theatre company co-presentation with the Kravis Center. They are all welcoming this show with opened arms and are going to supply the audiences with tremendous worth of hilarity.

Light, fast-paced,witty, irreverent, and completely politically incorrect, the show is one of the funniest musicals ever written. Based on the works of the Roman playwright Plautus, whose comedies are works which have survived in their entirety, the show focuses on Pseudolus, a crafty slave who struggles to win the hand of a beautiful but slow-witted courtesan named Phillia for his young master Hero, in exchange for his freedom.

The plot twists and turns and is filled with cases of mistaken identity, slamming doors, and a showgirl or two. A Funny Thing Happened On the Way to The Forum allows for the terrific ensemble of comedic actors to shine. 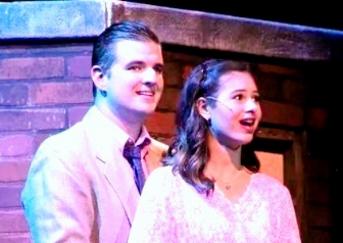 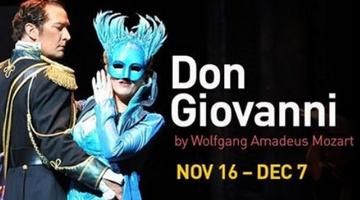 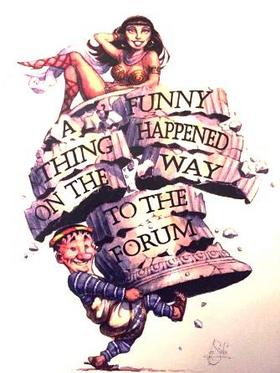