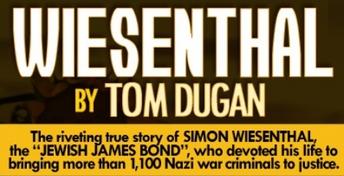 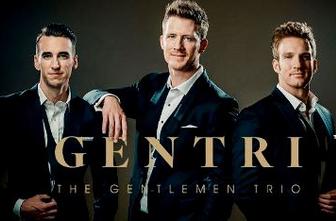 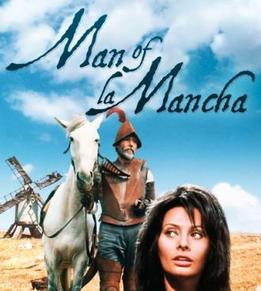 Gentry, which is short for “The Gentlemen Trio,” was established in June 2014, and is comprised of three dynamic tenors; Brad Robins, Casey Elliot and Bradley Quinn. Pioneering a signature sound they call “Cinematic Pop,” the music of GENTRI is transfused with lush, epic orchestrations and rich, dynamic three-part harmonies all composed by the group’s producer Stephen Nelson.

To date, GENTRI has released two EP’s and three full length albums, the most recent being “Prologue” featuring their original Cinematic Pop sound. All of GENTRI’s albums have reached #1 on various Billboard charts. On the heels of their first album release, the Gents debuted their first music video of their original hit single, “Dare” which made international headlines on news outlets around the world, including ABC World News, NBC Nightly News and Inside Edition.

NOW ON STAGE AT GABLESTAGE

AT THE BILTMORE CORAL GABLES

THE  STORY OF SIMON WIESENTHAL

The riveting true story of Simon Wiesenthal, the “Jewish James Bond," who devoted his life bringing more than 1,100 Nazi war criminals to justice. According to Wiesenthal, on April 20, 1943, Second Lieutenant Gustav Wilhaus, second in command at the Janowska camp, decided to shoot 54 Jewish intellectuals in celebration of Hitler’s 54th birthday.

Unable to find enough such people still alive at Janowska, Wilhaus ordered a roundup of prisoners from the satellite camps. Wiesenthal and two other inmates were taken from the Eastern Railway camp to the execution site, a trench 6 feet deep and 1,500 feet long at a nearby sandpit.

The men were shipped and led through “the hose,” a six or seven- foot wide barbed wire corridor, to the execution ground. The victims were shot and their bodies allowed to fall apart at the pit. Wiesenthal, waiting to be shot, heard someone call out his name. He was returned alive to the camp; Kohlrautz had convinced his superiors that Wiesenthal was the best man available to paint a giant poster in honor of Hitler’s birthday.

In 1943 Kohlrautz warned him that the camp and its prisoners were about to be liquidated. He gave Wiesenthal and fellow prisoner Arthur Scheiman passes to go to town, accompanied by a Ukrainian guard to buy stationery. The two men escaped out the back of the shop while their guard waited at the front counter. He was eventually recaptured, placed on a death block for  the mortally ill, yet survived on 200 calories a day.

This heartfelt and moving story will take place at the GableStage Theatre located at 1200 Anastasia Ave. , Coral Gables,  from September 21 through October 20, 2019. No performances on September 22, or 29th. For further information and performance times call 305-445-1119.

Les Misérables, by Victor Hugo, is an epic historical novel that, though titled Les Miserables, translates to "The Miserable People”.  It is also a story about undying love, set largely against the backdrop of the June Rebellion, known as the Paris Uprising of 1832.  A man named Jean Valjean has just been paroled from prison following an extended sentence that he received for stealing bread. Before Valjean leaves the prison, Javert--one of the guards– warns him against breaking his parole.

But Valjean cannot find work as a prisoner, and after being taken in for a night by Bishop Myriel and resorting to theft again in order to survive, he is granted a second chance. He abandons his parole and becomes an upstanding member of society, under a new name, Monsieur Madeleine.

Based on the classic novel, Les Misérables, by Victor Hugo, and the classic Broadway stage show of the same name, Les Misérables is the story of Jean Valjean, a prisoner who breaks parole, and the police inspector, Javert, who tries to hunt him down for breaking parole. Valjean tries to help a poor factory worker, Fantine, by saving her child, Cosette, from innkeepers who are holding her captive as a slave. Marius, a war veteran during the battles of post‑French Revolution, falls for Cosette, but their lives change forever when the war turns more gruesome than expected.

After 19 years as a prisoner, Jean Valjean is freed by Javert, the officer in charge of the prison workforce. Valjean promptly breaks parole but later uses money from stolen silver to reinvent himself as a mayor, and factory owner.  Javert vows to bring him back to prison. Eight years later, Valjean becomes the guardian of Cosette, after her mother’s death, but Javert’s relentless pursuit means that peace will never be.

“To Dream The Impossible Dream!” Don Quixote comes alive in a breathtaking new production of Broadway’s timeless musical , Man of La Mancha. This tale, set during the Spanish Inquisition, tells the romantic and noble journey of a knight who sets out to right all wrongs and win the heart of the woman of his dreams. Based on The Adventures of Don Quixote by Miguel de Cervantes, this classic retelling is filled with soaring music, romance, fantasy and heartfelt gallantry. You’ll love the All-New production of Broadway’s Tony award -winning Best Musical. Don Quixote’s adventure-filled journey lets you dream the impossible dream!

Man of La Mancha is now on stage through September  29, 2019.  The production will take place in the Raymond Kravis Center for the Performing Arts’ Rinker Playhouse. Tickets are $65 and now on sale. For tickets and information call 561-832-7469; online at kravis.org or mnmtheatre.org. For group rates and sales call 561-651-4438. Performances are Thursday, Friday & Saturday at 7:30 p.m. Matinees  are Saturday& Sunday at 1:30 p.m. Kravis Center is located at 701 Okeechobee Blvd., West Palm Beach.