JOIN IN AN UNFORGETTABLE EVENING PAYING

TRIBUTE TO THE LEGENDARY PETER, PAUL AND MARY

A Band Called Honalee is a modern-day folk trio inspired by the music and legacy of Peter, Paul and Mary. Musically accomplished, interactive and energetic, their shows allow audiences to experience this timeless music, live onstage once again. The group believes the melodies and messages of the 1960's folk and folk/rock era are just as relevant today as they were when they were first sung, perhaps even more so.

Their mission is to share this uniquely American music with new audiences, while rekindling the passion of life-long fans. Most of all, they celebrate the power of these songs to inspire people and bring them together once again.

The Band Called Honalee has a roster of 8 different vocalists who are all members of the Honalee family. Their names are Eli Zoller, Sarah Randall Hunt, Chris Ware, Matt Durte, Hanley Smith, Joe Young, Suzanne Lenz and Sam Sherwood. Each maintains an active solo career, in addition to frequently appearing with A Band Called Honalee around the country.

The opening production of JCAT’S season will be Driving Miss Daisy, running from September 4th to 22nd, 2019. The show takes place in the 1960's, when a 72 year old, wealthy, widowed, Jewish,  retired schoolteacher, who lives alone in Atlanta, has to give up driving, after she crashes her car.

Her 40-year old son Boolie buys her a new car and hires Hoke Colburn, an African American chauffeur. Daisy and Hoke’s relationship gets off to a rocky start, but they gradually form a close relationship over the years, one that transcends racial prejudices. As Miss Daisy and Hoke spend time together; she gains appreciation for his many skills.  After Idella dies, rather than hire a new housekeeper, Miss Daisy decides to care for her own house and have Hoke do the cooking, and the driving which lasts for 25 years.

“MAN OF LA MANCHA” TO OPEN

IN THE KRAVIS CENTER’S RINKER PLAYHOUSE

Inspired by Miguel de Cervantes’ seventeenth -century masterpiece Don Quixote, Man of La Mancha is one of the most successful musicals in Broadway history. Powerful, brutal, hilarious, and heartbreaking, Man of La Mancha celebrates the perseverance of a dying old man who refuses to relinquish his ideals or his passion. The celebrated score includes ‘The Impossible Dream,” “I, Don Quixote," "Dulcinea,” “I Really Like Him,” “Little Bird,” and “To Each His Dulcinea.” Based on Cervantes’ epic 17th-century novel, Don Quixote, is a remarkable, poignant, moving musical that was one of the first shows to musicalize a piece of  historical literature.

Set in the context of the Spanish Inquisition, Man of La Mancha is presented as a play-within-a-play. We encounter historical author Miguel de Cervantes in prison, awaiting trial by the inquisition. When his fellow prisoners try to take Cervantes’ belongings from him ,including his manuscript. Cervantes proposes a trial in which he proves the merit of the manuscript, through a reenactment, enlisting his fellow prisoners as characters in the play.

Together they tell the story of the aged Alonso Quijana who believes himself to be a knight errant, and names himself Don Quixote, pursuing an obsessive quest to attain an impossible dream, and along the way he also transforms a wretched woman into a beautiful lady-and proves that  an old man’s belief can truly make him a knight.

IN CELEBRATION OF THE BEATLES 50TH ANNIVERSARY

It was fifty years ago today and on September 25, 2019 at 8 p.m., the Broward Center will bring Tour 2019, a tribute to the Beatles,  to the Au-Rene Theatre. Songs from the Beatles White Album will be performed by Christopher Cross, Jason Scheff, Todd Rundgren, Mickey Dolenz  and  Joey Molland performing their greatest hits.

Rain gives audiences the experience of seeing  Beatles’ songs performed live that were never done so by the band itself. The longest-running Beatles tribute act, it predates the popular Broadway show Beatlemania by several years. Rain has played Broadway, and toured for years. The show takes the form of a roughly chronological history of the Beatles via their music.

About 30 songs are performed during the show. Other than some onstage banter, there is very little dialogue during the production, which consists mostly of exact re-enactments of the Beatles music. The multimedia production uses high-definition backdrops that feature psychedelic effects, vintage television commercials, and video footage of Rain cast members recreating iconic Beatle movements. Each production of Rain features two performers for each member of the Beatles, who alternate shows; plus an off-stage keyboardist to replicate the studio sounds familiar from later Beatles records.

Tickets for this popular tribute show are consistently in high demand. Don’t delay in purchasing your tickets at Ticketmaster from $39 to $79 and up. There is a limit of 9 tickets per person for this event. For more information call 954-462-0222 ext:5 or visit online at browardcenter.com The Broward  Center is located at 201 S.W.5th Avenue, Fort Lauderdale. 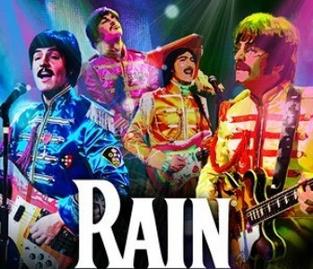 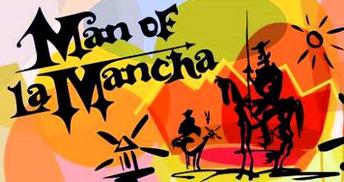 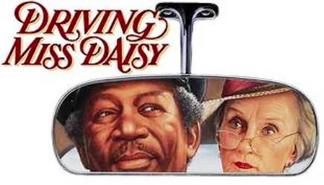 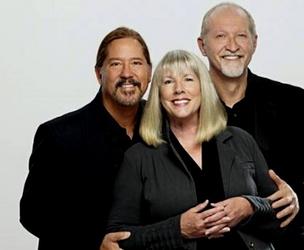