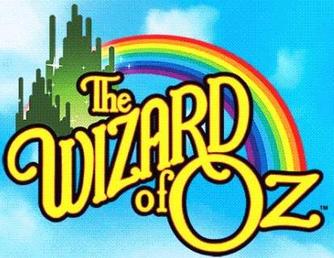 IN THE ZIFF BALLET OPERA HOUSE

Reza has taken the art of illusion to a new level, delivering his rock concert style magic show to audiences across the globe, and now at the Arsht Center. Don’t expect rabbits out of hats! Reza’s current tour transports concert level lighting & production merged with the most incredible cutting-edge magic in existence today.

Reza has garnered a world-wide buzz and loyal fan base with his passion for creating signature grand-scale illusions, such as making motorcycles and helicopters materialize out of thin air. His unique of brand of illusion has landed him on popular reality shows across 31 countries, including recent US TV appearances on A&E’s Duck Dynasty and The CW’s Penn & Teller, Fool Us.

Audiences can expect to witness such mega illusions as passing through the spinning blades of an industrial fan, a record breaking recreation of Houdini’s most famous stunt, and the appearance of a real helicopter, live on stage.

More than a magic show, Reza infuses state of the art production elements, masterful comedic timing and numerous interactive & inspirational moments, allowing the audience to experience the magic first hand. Perhaps Reza’s greatest secret is his uncanny ability to communicate his performance art on such a personal level.

Young and fresh, Reza’s new show, “Edge of Illusion,” has earned various rewards including “Magician of the Year.” Reza is intriguing, engaging, and captivating. He isn’t just a magician. He is a world-class entertainer.

THE MUSIC OF “JOURNEY & STYX”

It all started when Chain Reaction banded together in South Florida and began re-creating the sounds of the American super group, Journey. They wanted to pay homage to Journey’s best years (1997-1998), when  Steve Perry fronted the band.

The amazing voice of John D'Agostino coupled with the exceptional musical talents of four equally sophisticated and experienced musicians soon propelled Chain Reaction to become one of the premier Journey reverence bands of our time. The band strives to re-create the exact sounds and nuances of Journey. Their passion for authenticity and attention to detail go a long way to ensuring that the audience feels like they’re at a real Journey concert.

While the band has enjoyed performing the music of Journey, front man John D’Agostino also loves another American super group, Styx. Turns out the rest of the band are huge Styx fans too. So they began adding some of the Styx’s best tunes to their already expansive repertoire of Journey material. The audience response was so positive, that Forever  Styx was eventually added as a separate tribute band.

A FREE FILM SCREENING OF  THE WIZARD OF OZ

Bring the entire family for a free film screening with complimentary face painting before the film, and popcorn for the kids. This is a Free event but RESERVATIONS ARE REQUIRED, in person at the Box Office, located at 3385 N. E. 188 Street, Aventura.  Seating is limited to the first 330 guests. Lobby opens at 10 a.m. and the Auditorium opens for seating at 10:30 a.m. Lap Tickets are available on the day of the event for children 12 months and under.

A young farm girl and her little dog are magically transported into the enchanted land of OZ via a Kansas tornado. As they travel down Oz’s Yellow Brick Road to find the Wizard, and ask him to send them home, they encounter a wonderful, funny, terrifying and ultimately, enlightening group of characters, human and otherwise. This 1939 award-winning film classic is a perennial favorite that has recently been meticulously restored. Running time is 101 minutes and rated G. Tickets are now available for the September 8, 2019 event and going fast. For other information call 954-462-0222.

Roots Of Music Inc.,  a non-profit organization, is proud to present its 5th annual fundraiser musical extravaganza “American Roots, The Legacy,” at the Miniaci Center in Davie. The show chronicles the development of popular songs that were the foundation in both Jamaica and the Americas starting from the mid 1940's, to present time.

Special guest performer will be the Tallawah Mento Band. This innovative and entertaining musical presentation is staged to demonstrate the interconnectivity of American and Jamaican Music and how two separate elements of two genres merged and became what is now known as Reggae and Hip Hop.

Florida -based Rootz of Music was founded in 2011 by jazz guitarist, arranger, composer , and music educator Eugene Grey and his wife Felicia K. Grey. The organization’s mission is to positively impact the social and academic success of children through music education and cultural enrichment performances, and preserve the history of Jamaican music.

Since 2013, Rootz of Music has provided weekly music lessons to SOS Children’s Villages, a foster care community. All proceeds from the show will be used to provide music education to youth in underserved communities.

Tickets for this performance on August 25, 2019 at 7:p.m. are $40 at Ticketmaster or the Rose and Alfred Miniaci Arts Center’s Box Office located at the Nova Southeastern University 3100 Ray Ferrero Jr. Blvd. Fort Lauderdale. For more information call 800-440-8539. 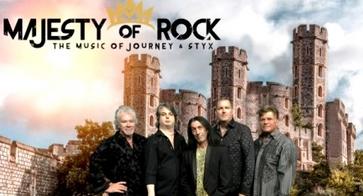 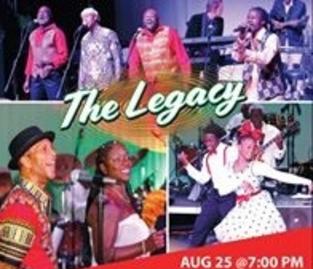