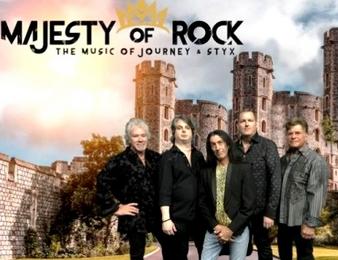 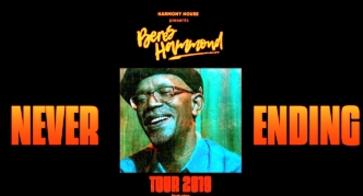 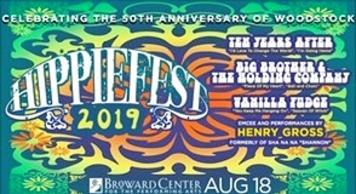 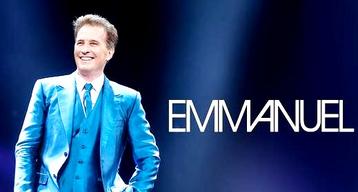 THE MUSIC OF “JOURNEY & STYX”

It all started when Chain Reaction banded together in South Florida and began recreating the sounds of the American super group, Journey. They wanted to pay homage to Journey’s best years (1997-1998), when Steve Perry fronted the band.

The amazing voice of John D ‘Agostino coupled with the exceptional musical talents of four equally sophisticated and experienced musicians soon propelled Chain Reaction to become one of the premier Journey reverence bands of our time.  The band strives to recreate the exact sounds and nuances of Journey. Their passion for authenticity and attention to detail go a long way to ensuring that the audience feels like they’re at a real Journey concert.

While the band has enjoyed performing the music of Journey, front man John D ’Agostino also loves another American super group, Styx. Turns out the rest of the band are huge Styx fans too. So they began adding some of the Styx’s best tunes to their already expansive repertoire of Journey material. The audience response was so positive, that Forever Styx was eventually added as a separate tribute band.

His more than two dozen releases include “Music is Life” and “One Love.” Both were nominated for Grammy Awards as “Best Reggae Album.”
Known as the “King of Lovers Rock” Hammond’s hits include ‘Tempted to Touch,” “I Feel Good,” “Putting Up Resistence,” “Rockaway,” and “No Disturb Sign.” He was awarded the Order of Jamaica for his contribution to the nation’s music industry.

Hammond has been described as his country’s Marvin Gaye and also its Springsteen. Purchase tickets through Ticketmaster or the theater’s box office, located at 201 S W Fifth Avenue, Fort Lauderdale, on sale now, from $25 to $125, with Flight Deck Club Level tickets at $120. For all additional information call 954-462-0222.

In all of the previous Emmanuel Concerts they have always brought opening acts with them. For the first time in their concert history it is just going to be the band playing two complete sets with a break in between the sets. This is actually a great change because nobody goes to see these famous acts to watch a bunch of unknown bands waste their time. They want to see the main act, and the main act alone. So kudos to Emmanuel for making a bold move and giving the fans just what they want with no extra filler.

Emmanuel released a string of albums towards the tail end of 70's, before finding popularity with the full-length “Intimamente” in 1980. The album spawned seven hit singles including “Todo Se Derrumbo Dentro De Mi,” “Queiro Dormir Candado,” and “Insoportableemente Bella.” The album catapulted Emmanuel to romantic ballad notoriety, however the singer began to expand his sound and explore the sensibilities of soul, R&B and gospel in aid of his emotive vocal delivery.

The albums “Hay Que Arimar El Alma” and “Quiseiera” topped off a successful decade for Emmanuel, however the singer -songwriter was hardly going to rest on his laurels. The 1990's brought six more ballad-oriented albums, showcasing Emmanuel’s wearing of his heart on his sleeve, and perfectionist approach to production and songwriting. “Retro en Vivo” arrived in 2007, followed by his first release in eight years, “Inedito” in 2015.

Emmanuel is an incredible singer and has the entire audience swaying along with his melodies. The music is fantastic and Emmanuel is a terrific performer and an amazing dancer. For all additional information call the box office at 305-673- 7300 or Ticketmaster. The theatre is located at 1700 Washington Avenue, Miami Beach.

50 YEARS TO THE DAY - HIPPEFEST CELEBRATES

THE ANNIVERSARY OF WOODSTOCK AT BROWARD CENTER

Exactly 50 years after Jim Hendrix closed out the 1969 Woodstock Festival in the early hours of August 18, those that were there, and some friends, perform an evening of peace and music as Ten Years After, Big Brother & The Holding Company, and Vanilla Fudge headline Hippiefest in the Au-Rene Theatre on Sunday, August 18, 2019 at 6:30 p.m. Sha Na Na founding member Henry Gross, the youngest performer at Woodstock, 69, hosts and performs.

Formed in 1966, Ten Years after finally got people to take notice after their incendiary performance at the original Woodstock festival.  From there, Alvin Lee along with Ric Lee on drums, Leo Lyons on bass and Chick Churchill on organ, pushed the boundaries of the blues-rock format, and in the process made classic albums, including the festival staples “I’m Going Home.”

Big Brother & the Holding Company, along with bands like The Grateful Dead, and Jefferson Airplane are considered one of the original, first wave of great psychedelic bands. Along with Janis Joplin, they embodied the San Francisco counter-culture sound of the 60's.

Vanilla Fudge was one of the first American groups into heavy rock and scored big with “You Keep Me Hangin On” after appearing on the Ed Sullivan show.  Tickets are $39-$69 with $120 JetBlue Flight Deck tickets at the Club Level and at Ticketmaster. Call the Center’s box office at 954-462-0222, located at 201 S.W. Fifth Ave. Fort Lauderdale.