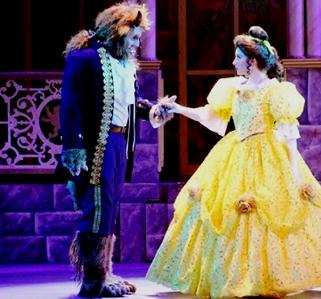 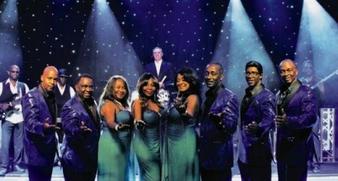 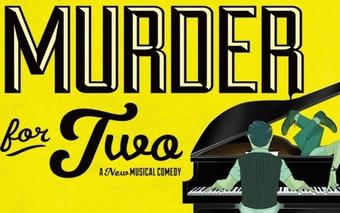 Step into the enchanted world of Disney’s Beauty and the Beast! The classic “tale as old as time,” tells of Belle, a young woman in a small town, and a Beast, who is really a young prince under a spell. If the Beast can learn to love and be loved, the curse will end and he will be transformed into his former self.

Time is running out and if the Beast doesn’t learn his lesson soon, he and his household will be doomed forever. The spirited, headstrong Belle enters the Beast’s castle after he imprisons her father and with the help of his enchanted servants, Belle begins to draw the cold-hearted Beast out of his isolation.

See all your favorite characters including Mrs. Potts, Cogsworth, Lumiere and more. The beloved songs include “Be Our Guest,” “Something There," and “Beauty and the Beast.”

The event is now on stage at the Broadway Palm Theare and will run until August 10, 2019. For ticket prices and showtimes call the theatre’s box office at 239-278-4422 located at 1380 Colonial Boulevard, Fort Myers. For other information refer to the Broadway Palm Theatre’s website broadway palm.com.

Mixing classic musical comedy with a dash of Agatha Christie, everyone is a suspect in the house of eccentric characters, unfazed by the dead body on the floor.

Murder for Two is a hilarious musical murder mystery with a twist; one actor investigates the crime, the other plays all 13 suspects, and they both play the piano!  A zany madcap musical mystery, this 90 minute whodunit is a highly theatrical duet loaded with killer laughs.

Officer Marcus Moscowiz is a small town policeman with dreams of making it to detective. One fateful night, shots ring out at the surprise birthday party of Great American Novelist Arthur Whitney, and the writer is killed...fatally.

With the nearest detective an hour away, Marcus jumps at the chance to prove his sleuthing skills ....with the help of his silent partner, Lou. But whodunit?  Did Dahlia Whitney, Arthur’s scene-stealing wife, give him a big finish? Is Barrette Lewis, the prima ballerina the prime suspect? Did  Dr. Griff, the overly -friendly psychiatrist make a frenemy? Marcus has only a short amount of time to find the killer and make his name before the real detective arrives...and the ice cream melts.

Murder For Two is the perfect blend of music, mayhem and murder! You won't want to miss this genius, killer musical comedy, mystery play and songs, now on stage, running until August 11, 2019 at the Actor’s Playhouse at the Miracle Theatre located at 280 Miracle Mile, Coral Gables. Performances are Wednesday to Saturday at 8 p.m. Sundays 3 p.m. Tickets are $30 -$75 at the box office. Call 305-444-9293 for information.

COMING TO THE AVENTURA CENTER

Put some soul into your summer, and let The Motowners take you on a musical journey back in time with the sounds of Motown! This incredible tribute band brings the sounds of downtown with songs from artists including: The Temptations, The Four Tops , Diana Ross & The Supremes , Smokey Robinson, Sam Cooke, and Wilson Pickette.

Stevie Wonder, Marvin Gaye,  and many more timeless tunes from the 60's, 70's and 80's. The audience will listen to popular and legendary hits of that time. In this musical we can see everything from the very start of the career of Motown’s father, the history of careers of some celebrities, their songs and dances. We may also see how music has changed America and how it has influenced people.

The show is a fantastic tribute to the many artists and great songs from the classic Motown years. You’ll be treated to hit songs like “My Girl,” “No Woman Like the One I’ve Got,” “ What’s Going On,” “ Pappa Was A Rolling Stone,” “I Will Survive,” “Respect,” and dozens more.

“MEMORIES OF ELVIS” TO BROWARD CENTER

Chris has performed in the famous Legends in Concert stage productions throughout the country, and has appeared with Elvis’s own original back up group, the Jordanaires. His full production show has constantly sold out venues throughout the U.S., including Las Vegas, Branson, New York and Miami.

Chris’s show is not an overdone impersonation.  It is a natural, heartfelt tribute to an All-American Legend in a truly dynamic performance, complete with dancers, costumes and  a high energy 8 piece  Chris MacDonald concert band.

With this newly updated version of his popular tribute, Chris has created a multi-media experience. Video clips of Elvis’s career and close-ups of all the live action on stage will be projected on a large screen above the stage, bringing everyone even closer to their own “Memories of Elvis.”

As the only tribute artist hired by Elvis Presley Enterprises to perform at Graceland’s Heartbreak Hotel, Chris MacDonald returns this August for a very special Memorial Anniversary Celebration of the life and music of the King of Rock n-Roll. Chris will bring back the “Memories of Elvis in Concert" in a dynamic live way.

With this fun interactive tribute, Chris draws his audience in with the look, moves, vocals and nuances that made Elvis the King. This newly updated production will include costume changes and songs representing the different stages of Elvis’s legendary career, including the 1950's, the Movies, the 1968 comeback and the 1970's White Fringe Vegas Concerts.