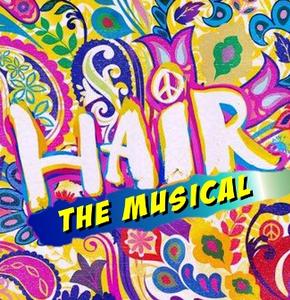 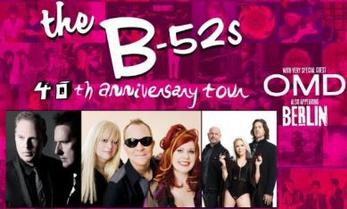 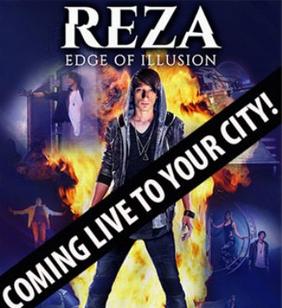 When Hair first opened in 1967 it was called shocking, radical, and outrageous. Audiences were warned about its content-racism, drugs, disrespecting the flag, and nudity, among other things. But over the past fifty plus years, Hair-with its iconic songs, and messages of love and freedom, has become part of the American lexicon.  The musical has stood the test of time and is as relevant today as it was then.

“Hair” tells the story of the tribe, a group of politically active, long-haired hippies of the “Age of Aquarius,” living a bohemian life in New York City and fighting against conscription into the Vietnam War.  Claude, his good friend Berger, their roommate Sheila, and their friends struggle to balance their young lives, loves, and the sexual revolution with their rebellion against the war and their conservative parents and society.

Ultimately, Claude must decide whether to resist the draft as his friends have done, or to succumb to the pressures (and conservative America) to serve in Vietnam, compromising his pacifist principles and risking his life.

Now, it’s not only the 50th anniversary of Woodstock, but we’re living in a time that isn’t all that different from the time these characters were living in.  Somehow everything has changed since then, and yet nothing has changed since then, and Hair is a place that people in the audience, and the people on the stage as well, are going to be able to relate to, and the material will resonate with everyone in the theater just as much as it did when the show first opened. Not many shows can do that, but Hair is a rare exception.

HAS MERGED WITH BROADWAY PALM THEATRE

IN FORT MEYERS TO CREATE BROADWAY IN BROWARD

The Lauderhill Performing Arts Center has partnered with Prather Productions to produce an exciting new musical theatre, Broadway in Broward, at the state-of-the-art venue beginning in November 2019. Four productions are planned for the 2019-2020 season: West Side Story, Once, Kinky Boots, and Beauty and the Beast.

Prather Productions includes Broadway Palm in Fort Meyers, and Dutch Apple Dinner Theatre in Lancaster, Pennsylvania along with Prather Touring and Apex Touring. It has been a constant goal to have a consistent presence on the east coast of Florida. The opportunity couldn’t have come at a better time, and all at Prather Productions are extremely excited to bring together their creative team and the incredible local talent that the east coast of Florida has to offer.

LPAC General Manager Amanda Segur is thrilled to be part of the team working to bring Broadway musicals back to the LPAC stage.  She feels working with Prather Productions is going to be an exciting, creative, artistic adventure, and the City of  Lauderhill is extremely pleased to have forged this new relationship. We are all looking forward to our very first Broadway Broward show series, which will be full of magical music, delightful dance and amazing acting, starring award winning performers from South Florida, New York and across the nation.

West Side Story will run from November 14th -December 1st; Once from December 5th -22nd 2019;  Kinky Boots from January 23rd to February 9th; and Beauty and the Beast from February 20th - March 8, 2020.  Subscriptions, now on sale, can be purchased by calling the box office at 954-777-2055. The Lauderhill Arts Center is located at 3800 N.W. 11th Place, in the Central Broward Regional Park on the Northeast corner of Sunrise Blvd. and State Road 7.

When they first jammed, Strickland played guitar and Ricky Wilson played congas. They later played their first concert (with Wilson playing guitar) in 1977 at a Valentine Day party for their friends.

The name B-52's comes from a particular beehive hairdo resembling the nose cone of the aircraft of the same name. Other names the band considered were the “Tina-Trons” and “Fellini’s Children.” Strickland suggested the name after a dream he had one night, of a band performing in a hotel lounge. In that dream he heard someone whisper in his ear that the name of the band was “the B-52's.”

Released on July 6, 1979, The B-52's contained re-recorded versions of “Rock Lobster” and “52 Girls,” six originals recorded solely for the album, and a cover of the Petula Clark single “Downtown.” The album was a major success, especially in Australia where it reached number 3 on the charts alongside its three singles “Planet Claire,” “Rock Lobster,” and “Dance This Mess Around.”

In the United States, the single “Rock Lobster” reached the Billboard Hot 100 chart, while the album itself was certified platinum by the RIAA. In 1980 John Lennon called the B-52's his favorite band. Special guest will be Terri Nunn a member of OMD and Berlin.

IN THE ZIFF BALLET OPERA HOUSE

Reza has taken the art of illusion to a new level, delivering his rock concert style magic show to audiences across the globe and now at the Arsht Center. Don’t expect rabbits out of hats! Reza’s current tour transports concert level lighting & production merged with the most incredible cutting-edge magic in existence today.

Reza has garnered a world-wide buzz and loyal fan base with his passion for creating signature grand-scale illusions such as making motorcycles and helicopters materialize out of thin air. His unique brand of illusion has landed him on popular reality shows across 31 countries, including recent US TV appearances on A&E’s Duck Dynasty and The CW’s Penn& Teller: Fool Us.

Audiences can expect to witness such mega illusions as passing through the spinning blades of an industrial fan, a record breaking recreation of Houdini’s most famous stunt, and and the appearance of a real helicopter, live on stage.

More than a magic show, Reza infuses state of the art production elements, masterful comedic timing, and  numerous interactive & inspirational moments, allowing the audience to experience the magic first hand. Perhaps Reza’s greatest secret is his uncanny ability to communicate his performance art on such a personal level.

Young and fresh, Reza’s new show, “Edge of Illusion,” has earned various awards including “Magician of the Year.” Reza is intriguing, engaging, and captivating. He isn’t just a magician. He is a world–class entertainer.