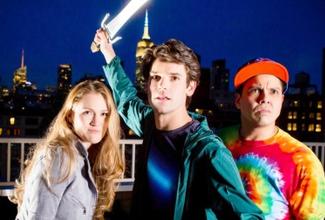 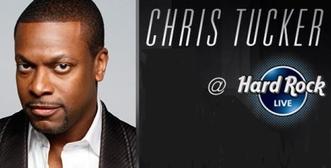 THE NEW MUSICAL “COME FROM AWAY”

AT THE ARSHT CENTER

Fresh off sold-out runs in Seattle and San Diego, the new musical tells a heart-warming true story of how a small Canadian town cared for 6,579 airline passengers stranded there on 9/11. When 38 planes were diverted to its doorstep, the town of Gander doubled in size, playing host to an international community of strangers and offering food, shelter and friendship.

Featuring a rousing score of folk and rock, “Come From Away” honors the better angels of our nature, revealing hope and humanity in a time of darkness. The production marks the debut of Tony Award -nominated director Christopher Ashley. At the 71st Tony Awards it was nominated for seven awards including Best Musical, Best Original Score, Best Book and Best Featured Actress.

Christopher Tucker is an American actor and stand-up comedian . He is also known for playing the role of Smokey, in F. Gary Gray’s "Friday," and as Detective James Carter in Brett Ratner’s "Rush Hour" film series.

He is also a businessman and social entrepreneur active in the geospatial industry and the US National security community, and as principal of Yale House Ventures, manages a portfolio of technology startups and social ventures.

He was the founding chief strategic officer of In-Q-Tel, the CIA’s venture capital fund, charged with developing In-Q-Tel’s overall strategy for tackling the priority information technologies problems of the agency.

Tucker worked with the original CIA team, which later became known as the In-Q-Tel Interface Center, to define and set up the original organization, first known as In-Q-It.

Before joining In-Q-Tel Tucker served as special advisor to the executive vice provost of Columbia University. While at Columbia , Tucker co-founded the Consortium for Science and has served as president and CEO since leaving In-Q-Tel. Chris will take center stage at the Hollywood Hard Rock on June 21, 2019 at 8 p.m. For an evening of fun and laughter purchase tickets now, ranging from $38 to $80 and up at Ticketmaster.

AN IN-DEPTH LOOK AT “THE LIGHTNING THIEF"

BY RICK RIORDAN AT BROWARD CENTER

Twelve year-old Percy Jackson, who has dyslexia and can’t seem to keep himself out of trouble, decides to tell us the story of his past year. He has been kicked out of a lot of boarding schools. But, the last thing he wants to do is get kicked out of Yancy Academy. Things go horribly wrong on a field trip to the Metropolitan Museum of Art when he and his best friend Grover are attacked by their math teacher, who has turned into a monster.

Percy discovers there is something wrong with him. Or rather, something is right with him. He learns he is a half-blood: half-human, half-god. He is taken to Camp Half-Blood In New York, a camp for kids just like him that is safe from monsters that like to attack half-bloods.

At camp, Percy learns more information about himself; his father is Poseidon, god of the sea and brother to Zeus and Hades. When Zeus’s master bolt (the thing that allows him to create lightning whenever he wants) is stolen, Poseidon is blamed for the theft. Zeus tells Poseidon that the master must be returned to Mount Olympus by the summer solstice, or else he will declare war on Poseidon.  This causes a rift between he and his brother Zeus, to think his brother would ever accuse him of such a thing.

Find out what takes place on the last day of camp when Percy is lured into the woods by his friend Luke and what happens to Perry almost causing his death.

This intriguing musical will hold audiences spellbound June 25 to June 30, 2019 in the Au-Rene Theatre at Broward Center. Tickets are $35 to $85 and up at the box office located at 201 S.W. Fifth Avenue, Fort Lauderdale, or Ticketmaster. For showtimes call 954-462-0222. Visit online at browardcenter.com

AT THE PALM BEACH IMPROVE

Celeste Barber is one of the better known artists in today’s comedy scene, captivating audiences with her take on the genre. Comedy, as a form of entertainment, dates as far back as the concept of live entertainment itself, but the style of comedy that we are familiar with nowadays originated in the 20th century music hall circuits.

Acts began to intersperse their theatrical or musical performances with comedic elements which proved very popular with audiences. Soon comic acts and individual stand-up comedians were found on stages throughout the US and Europe. They were a particular favorite of troops during WW2 and it was during this time that some of the best known comics, such as Bob Hope, began their careers.

Comedy clubs became popular venues for audiences eager to enjoy a good laugh, and a more unique night’s entertainment. The advent of TV and radio gave comics better opportunities to reach the masses. However this also meant there was a call for greater turnover of material.

A music hall act could take one routine on the road to different venues for weeks on end, if not months. Nowadays, acts such Sarah Silverman, Billy Connolly and Jay Leno must create more reactionary comedy material.
Meet Celeste Barber at the Palm Beach Improv on June 28 and 29, 2019 located at 550 S.. Rosemary Avenue, Suite 250,West Palm Beach. For more information call 561-833-1812. *Must be 21 and a 2 drink minimum required. 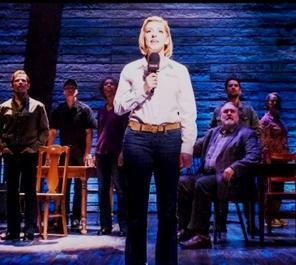 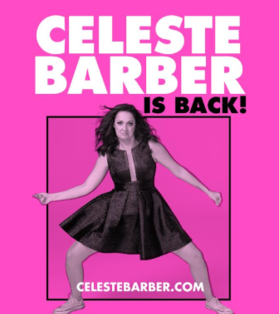