WINNER OF THE MOST OUTSTANDING TONY AWARDS

What good is sitting alone in your room? Come hear the music play, for a limited two week run, from January 10 to 22, 2017. With a large talented cast featuring Randy Harrison, best known for his portrayal of Justin in the Showtime drama “Queer as Folk,” steps into the role of the  Emcee while Andrea Goss , a veteran of Cabaret on Broadway, returns to the role of Sally Bowles who is magnetic and spectacular in every way.

Joining them are Benjamin Eakeley as Clifford Bradshaw, Alison Ewing as Fraulein Kost, Mary Gordon as Murray as Fraulein Schneider, Scott Robertson as  Herr Schultz and Patrick Vaill as Ernest Ludwig. Nineteen other members of the cast also double as members of the Kit Kat Band.

The scene is a sleazy night club in Berlin as the 1920s are about to end. Cliff Bradshaw, a young American writer, and Ernst Ludwig, a German, strike up a friendship on a train. Ernst gives Cliff an address in Berlin where he will find a room. Cliff takes his advice, and Fraulein Schneider, a vivacious sixty-year old, lets him have a very inexpensive room.

Meanwhile, Cliff, at the Kit Kat Club, meets an English girl, Sally Bowles, who is working there as a singer and hostess, who moves in with Cliff the next day as they are soon to be married. The story first begins at this point involving the Nazi party and the future of Sally, Cliff and friends.

“Cabaret” is choreographed by Rob Marshall with many great songs everyone will enjoy. Ticket prices starting from $35 up to $175, are available at the box office located at 201 SW Fifth Avenue, Fort Lauderdale. For more information call 954-462-0222 or visit online at browardcenter.org. Performances are evenings at 8 p.m. matinees  at 2 p.m. Sundays, 1 p.m. and 6 p.m.

Peter is an accomplished pianist, singer, arranger and songwriter, and his career has flourished on both coasts. He is especially in demand as an arranger and musical director for singers in various musical venues. In 2009, he released his debut  jazz album , "Here It Comes." An accomplished actor as well, Peter's career has brought him many roles on the small screen in shows like "Law and Order," "24." "Scandal," "Weeds," and many more.

Smith’s “Too Marvelous For Words” takes the audience on a journey into Cole’s early days, before “The Christmas Song”  and “Mona Lisa,” when he was recording from the piano bench to create some of the most influential music of the day.

Drawing on his experience as both an actor and a singer, Smith effortlessly weaves stories of Cole’s life into the performance, as they relate to the songs which left an impact on an array of singers and pianists including Oscar Peterson and Ahmad Jamal. A fun, swingin’ musical tribute that will have the audience tapping their feet along with each and every song on Sunday, January 8, 2017 at 2 p.m.

BRINGS IN THE NEW YEAR AT FONTAINEBLEAU’S POOLSIDE

Justin Bieber is a Canadian singer and songwriter. He was discovered by a talent manager through his YouTube videos covering songs in 2008 and signed to RBMG. He first debut release was “My World,” in late 2009. It went platinum in the USA. He became the first artist to have seven songs from a debut record chart on the Billboard Hot 100.

Justin released his first full-length studio album, “My World 2.0, in 2010. It debuted at near number 1 in several countries and was certified triple platinum in  the U. S., and was preceded  by his most successful single to date, “Baby.”

Following his debut album,  he had his first headlining tour, the “My World Tour,” released the remix albums “My Worlds Acoustic,” and “Never Say Never-The Remixes.”  He released his second studio album, “Under The Mistletoe,” in November 2011, when it debuted at number one on the Billboard 200. His U.S. Album and singles sales total 44.7 million . He has sold an estimated 100 million records, making him one of the world’s best-selling music artists.

You're invited to ring in 2017 with the year's hottest musical acts poolside. Justin Bieber kicks off the night with an electric  performance at poolside. Start the New Year off right by attending this wonderful event at the beautiful Fontaine-bleau Hotel on Miami  Beach, December 31, 2016 at 9 p.m. For Ticket prices and more information call  305-674-4680 or email VIP@LIVnightclub.com

“A NIGHT ON THE STRIP” NOW ON STAGE AT

From Soul to Swing, Kevin Black’s recent productions, created exclusively for the Stage Door Theatre, have had audiences on their feet and dancing. The Soul of Motor City, is Kevin’s tribute to the music of Motown, which was extended several times over the summer. His Swing, Swing, Swing! an assembled combination of Jazz and Swing classics were both highly recommended for Carbonell nominations.

Black’s newest creation dives into the rich history that made the city of Las Vegas one of the hottest cities, from around the world, for entertainers. Featuring music from some of Vegas’s most memorable icons, from the Rat Pack and Elvis to the modern-day Cirque-type spectacles, showgirls and headliners, and high-rollers to high-flying acrobatics and more, according to Black.

The Musical Director/Arranger Ben Bagby is a master of his work and audiences will see his work shine more than ever in this show. The six vocalists, hand chosen by Black, bringing his vision of Vegas to life, are Daniel Bourgoin, Jar ’Davion Brown, Arlene Coutee, Chantel  Deshales, Gabrielle Graham and Brad Rakushin.

Seniors Acting Up, an ensemble of South Florida actors, will perform Free play readings for the public which will  recreate an episode of the radio thriller  "The Adventures of the Thin Man," complete with live sound effects.

The group will also read seven short comedy skits from writers of the 1940's and 50's , plus 21st century playwrights. 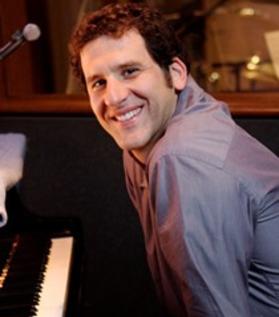 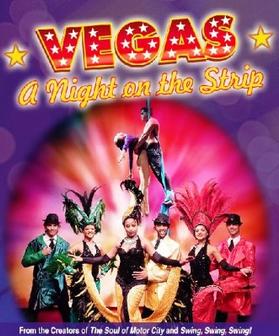 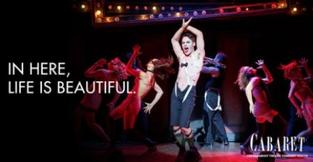 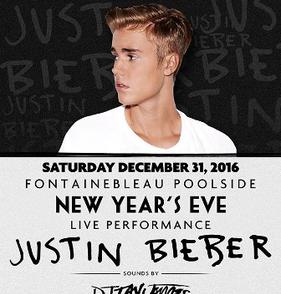