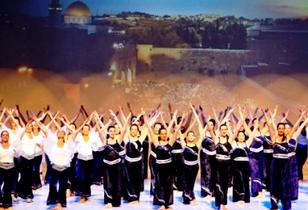 AS LION KING COMES TO LIFE AT THE ARSHT CENTER

More than 90 million people around the world have experienced the awe-inspiring visual artistry, the unforgettable music, and the uniquely theatrical storytelling of this Broadway spectacular-one of the most breathtaking and beloved productions ever to grace a stage.

Winner of six Tony Awards, including Best Musical, The Lion King brings together one of the most imaginative creative teams on Broadway. It  brings to life a story filled with hope and adventure, set against an amazing backdrop of stunning visuals.

A smash hit right from the start, the theatre adaptation of Disney’s The Lion King, has captivated audiences all over the world since opening in 1997. Bringing to life the timeless tale of young Simba, who must find his way back to the Pride Lands to reclaim his throne.

The Lion King musical comes equipped with many of the film's notable characters like Mufasa, Scar, Nala, Rafiki, Timon, Pumbaa, and more, in addition to iconic songs such as ‘Circle of Life,” “I Just Can’t Wait to Be King,” “Hakuna Matata.”

Tickets are now on sale at Ticketmaster for this Award -winning masterpiece in the Ziff Ballet Theatre, ranging from $115 to $159, now on stage through May 26, 2019, evenings at 8 p.m. matinees 2 p.m. Sundays at 1  and 6:30 p.m. The Arsht Center is located at 1300 Biscayne Blvd., Miami. Purchase online at ArshtCenter.org


GABLE STAGE AT THE BILTMORE PRESENTS

Kings is a lacerating comedy about a newly elected congresswoman who refuses to play by the rules of lobbyists -or even her own party. It is an extremely entertaining new play about money, politics and the state of the American republic!

Kate is a whip-smart lobbyist who doesn’t waste time, her time, on anyone who can’t get elected, and gets her clients what they want. But when she represents a political neophyte with staunch ideals, she is faced with a choice that might change everything for her. Does she back the system, or back what she believes in?


Playwright Sarah Burgess’s Kings, is also about  the world of lobbyists. These resourceful, tenacious people aren’t afraid to use the system to get whatever they want because in Washington D.C.,
it's "who you know" that determines what you’re worth, and those connections get you paid.  Joseph Adler directs the Kings  at Gablestage, at The Biltmore, now on stage thru June 16, Thursday, Friday, and Saturday,  2019, evenings at 8 p.m.  On Sunday 2 and 7 p.m.

Burgess’s fiercely intelligent dialogue and deadpan comic timing make negotiations around tax codes and congressional committees quite funny. The play brilliantly avoids partisan politics and incendiary issues to create a theatre experience for both sides of the aisle. Audiences will leave the play discussing who actually holds the power in our government and whether or not it’s something they want to see changed.

Tickets are $50 now on sale at the theatre’s box office located at 1200 Anastasia Avenue, Coral Gables, in the East section of the Biltmore Hotel, Coral Gables. For additional information call 305-445-1119. Online visit GableStage.org.


Festival Yachad is the largest Israeli Dance Festival in USA and audiences are impressed with the high energy performance, incredible costumes, unique musical arrangements and breathtaking choreographics, making this a one-of-a-kind performance filled with educational components.

This year’s Festival Yachad’s theme will be “Mitzvot” and each choreography will portray a different “mitzvah” that is done by the Jewish people.

The 23rd Dance Festival is one of the most popular shows to hit the stage. Whether you are a theatre lover or just looking for a fun night out on the town, the Israeli  Dance Festival performance is a perfect choice. Tickets are $10 to $35 plus, at Ticketmaster or the box office, located at 201 S. W. Fifth Ave, Fort Lauderdale, for the May 26, 2019  performance in the Au-Rene Theatre at 7 p.m. For information call 954-462-0222-Ext.1

ON JUNE 15th AT THE AVENTURA CENTER

The World Premiere of Alma Flamenco will bring you up close and personal, mesmerizing audiences with a new pure Flamenco music and dance production, exploring the depth and breadth of the art form with a range of rhythms and styles that are dramatic, soulful, joyous, sensual and passionate all at once.

The exquisite music, exhilarating footwork, and the elegant grace and beauty has made Flamenco so loved by audiences throughout the world.

Ballet Flamenco La Rosa’s company’s mission is to present authentic Flamenco dance with live music, in a theatrical setting, expanding the art form beyond traditional limits to appeal to broad based audiences.

A non-profit organization, Ballet Flamenco La Rosa is known for its high artistic level, stellar guest artists, and dedication to nurturing and perpetuating the rich art of Flamenco, delighting standing room only audiences over three decades. Tickets are $30-$40 at the box office located at 3385 N. E. 188 Street, in Aventura. For more information call 954-462-0222 or Ticketmaster.                       ​ 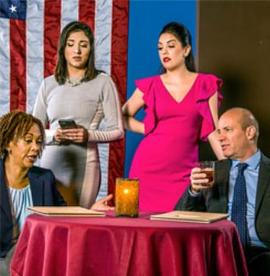 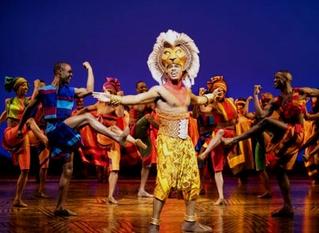 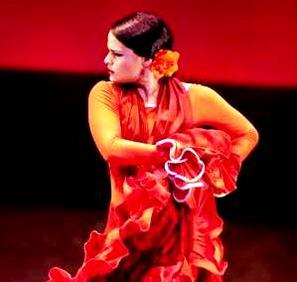