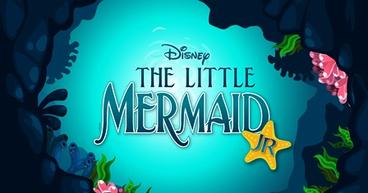 THE  NEWEST VERSION OF “WERTHER”

This will be a brand new production by the Florida Grand Opera, with the pairing of international opera stars Dimitri Pittas and Daniella Mack.

Overflowing with yearning and heartbroken melancholy, Jules Massenet’s most romantic tragedy is inspired by a true story of unrequited love, originally penned by the genius of modern German literature, Johann Wolfgang von Goethe.

Werther is the story of the idealistic poet of the same name who cannot love without the object of his obsession, Charlotte. Massenet was celebrated in 2012 by the centenary of his death. One of the greatest French composers in the late 19th century, Massenet’s music brims with emotion and exquisite melody, and later influenced Puccini’s style of composition.

Starring in the title role is Greek tenor Dimitri Pittas, who recently won over the audience with his robust, ardent singing in La Traviata .This will be his operatic stage debut with Florida Grand Opera. Opposite him as Charlotte is Argentine mezzo-soprano Daniela Mack, who dazzled audiences in her FGO debut in the Fort Lauderdale performances of Carmen in 2016. The opera is sung in French with English and Spanish projected translations.

Join one of  Florida  Grand  Opera’s leading opera experts for a witty, captivating, and entertaining preview, one hour prior to each performance. You will learn about the entire plot of the opera, and hear all the entertaining stories and backstage gossip that is part of the opera, hosted by Florida Grand Opera’s General Director, Susan T. Danis and members of the artistic staff. Ask questions and get some insight about how the  production came together.

Werther will be on stage at the Broward Center,  May 9 and 11, 2019. Tickets are on sale at the theatre’s box office and Ticketmaster. For all additional information call the box office at 954-462-0222, located at 201 S.W. Fifth Avenue, Fort Lauderdale .

COMEDIAN RICH ARONOVITCH AND HIS SPOT-ON

From his impressions of a running Muppet to adopting various GPS voices, comedian Rich Aronovitch knows how to dole out laughs while bringing his zany characters to life. The veteran funnyman boasts credits include Wingman,Inc.

A native of  New Orleans, Aronovitch was nominated for the LA Comedy Awards’ Breakout Comic of the Year. He also toured nationally and internationally as a stand-up and has chops in live sketch and improv as well.

To top it all off, he has his own Ustream  podcast, dubbed "Show Interrupted." Rich has recently hosted The Morning Show on Playboy T.V.

Macy Gray began piano lessons at the age of seven and is an American R&B soul singer, songwriter, musician, record producer and actress. She is known for her distinctive raspy voice and a singing style heavily influenced by Billie Holiday. Gray has released six studio albums, and received five Grammy Award nominations, winning one.

She has appeared in a number of films , including Training Day, Spider-Man, Scary Movie 3, Lackawanna Blues, Idlewiled, For  Colored Girls, and The Paperboy. Gray is best known for her international hit single “I Try”, taken from her multi-platinum debut album “On How Life Is,” which was also nominated for “Song of the Year” and “Record of the Year.”

In 2012,  Macy performed the Michael Jackson song “Rock With You.”  In 2015 she  was featured in the song “Into The Deep.”  In 2016, she was featured on the song “Leave Me Only,” and featured alongside  Dolly Parton on a recording of ‘Two Doors Down.”

In a magical underwater kingdom, the beautiful young mermaid, Ariel, longs to leave her ocean home, and her fins behind and live in the world above. But first, she’ll have to defy her father, King Triton, make a deal with the evil sea witch, Ursula, and convince the handsome Prince, Eric that she's the girl whose enchanting voice he’s been seeking.

Prince Eric, his advisor, Grimsby and sailors are aboard a ship at sea, discussing  the “mythical” merfolk that supposedly live under the sea. Grimsby wants Eric to return to court to fulfill his birthright as King. However, Eric hears a beautiful voice and commands it to be followed

Deep on the ocean floor a concert is underway, being performed by the daughters of Triton, the sea King. Sebastian the crab, has composed a song for the girls to perform . However, the  youngest daughter, Ariel, is not there for her solo, bringing the concert to a halt.

Ariel has forgotten about the concert and is swimming around the surface, admiring a new item for her collection, a fork. She reveals she is fascinated with the human world. Together with her best friend Flounder, Ariel visits Scuttle and his fellow seagulls to ask about the human things she’s collected, and he explains them, somewhat erroneously.

In the end, Ariel goes to meet the sea witch, Ursula, who presents a deal to her. Ariel will be turned into a human for three days, during which she has to win a kiss of true love from Eric. If she does, she will be human permanently, if not, her soul will belong to the witch Ursula. In exchange Ariel must give up her voice, which will stay in Ursula’s magic shell. 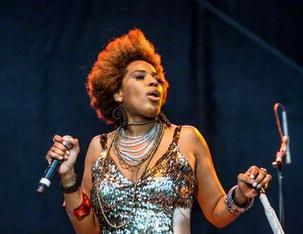 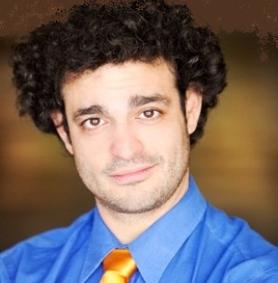