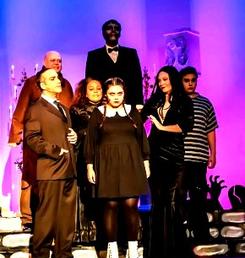 NOW ON STAGE AT THE PPTOPA

Despite the pair’s plea for no shenanigans, a dinner party hosted by Gomez and Morticia to meet the boy’s parents soon goes devilishly awry, testing the bonds of family, love and unholy matrimony.

Audiences will definitely enjoy this charming performance that is equal to any Broadway production, in addition to one of the most talented casts.  On this special occasion, the Addams family brings out the best and worst...in everyone involved. Sit back and savor the horrific hospitality of Gomez, Morticia, Pugsley, Grandma, and Lurch.

For one of the most delightful shows ever produced, bring your own family to the Pembroke Pines Theatre of the Performing Arts at the Susan B. Katz Theatre now on stage thru April 7-2019. Tickets are $17-$27 and $32 at the box office located at the River of Grass Artspark 17195 Sheridan Street, Pembroke Pines. For other information call 954-437-4884. Online visit www.pptopa.com .

Frida Kahlo was an all around eccentric rebel. In honor of her fiery spirit, composer Robert Xavier Rodriguez’s R-rated musical opera "Frida,” stands out as an unapologetically bold and unconventional drama, even on a scene that has witnessed practically any form of experimental art. "Frida sings as she has lived-against the tide from the very first note,” Rodriguez explains, and indeed, what better way to describe both, this larger-than-life woman and his opera tribute to her.

Frida never had many friends having grown up in Mexico, and was often taunted by other girls. A near-death bus accident kept her bedridden and caused her life long health problems, but so began her love for painting. As a result, she became most famous for her self-portraits. Like a supernova, Frida and her painter husband Diego Rivera’s explosive marriage finally fulfilled its destined faith and came to an end. The only happiness she had left was to channel her agony into beautiful paintings. Frida was really an exceptional woman, artist, and human being.

You may be familiar with the life story of legendary Mexican artist Frida Kahlo-but you’ve never seen it like this before. Scheduled at Parker Playhouse on March 28 & 30, 2019. For more information, call 800-741-1010. Visit online at fgo.org or email at sales@fgo.org.

“SCHOOL OF ROCK” COMING TO

The smash hit musical School Of Rock is based on the 2003 hit film of the same name, and features the music from the movie, as well as an original score by Andrew Lloyd Webber. The musical is a hilarious musical that follows Dewey Finn, a failed wannabe rock star who decides to earn a few extra bucks by posing as a substitute teacher at a prestigious prep school.

There he turns a class of straight A students into a guitar -shredding, bass-slapping, mind-blowing rock band. While teaching these pintsized prodigies what it means to truly rock, Dewey falls for the school’s beautiful, but uptight headmistress, helping her rediscover the wild child within her.

The musical opened on Broadway to rave reviews and was nominated for four 2016 Tony Awards, including Best Musical, Best Score, Best Book, and Best Leading Actor in a Musical in addition to the Outstanding Achievement in Music.

Class is now in session for a limited one-week run. Make Spring Break Rock a family event at the Arsht Center from April 9-14-2019, in the Ziff Ballet Opera House located at 1300 Biscayne Blvd. Miami. Tickets start at $34 at the box office, in person or by calling 305-949-6722, or online at arshtcenter.org.

ON STAGE AT BROWARD CENTER

Evan Hansen is a young man who suffers from severe social anxiety. On the first day of his senior year, he writes himself a letter as per his therapist’s recommendation. His mother Heidi is
a single mom working two jobs. She tries to connect with her son, but they have a hard time reaching one another. Meanwhile, the Murphys (a wealthy family across town) struggle with their own problems; son Connor shows up to the breakfast table quite high. Cynthia, the matriarch, wonders whether she is doing something wrong. (Song-“Anybody Have a Map?”)

At school, Evan has a brief conversation with classmates Alana and Jared. Jared is the closest thing Evan has to an actual friend, but neither of the teens know him very well. Evan manages to catch the attention of Connor, who behaves aggressively.

His sister Zoe (Evan’s crush) apologizes to Evan. He looks after her, wondering if he will remain on the outside forever. (Song- “Waving Through a Window.”) Dear Evan Hansen is one of the most remarkable shows in musical history. Tickets range from $25 to $99.50 in the Au-Rene Theatre. 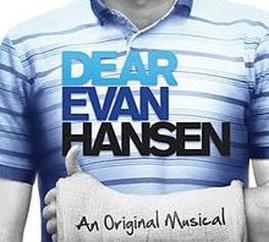 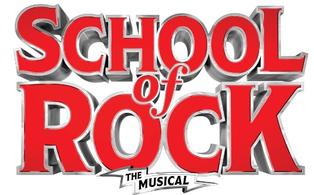 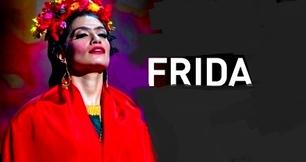