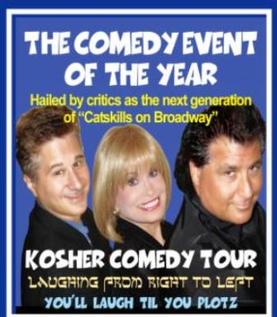 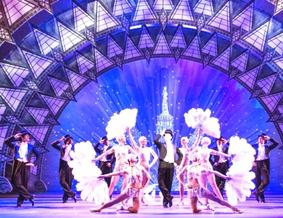 “AN AMERICAN IN PARIS”

An American In Paris is a musical about an American soldier, a mysterious French girl and an indomitable European city, each yearning for a new beginning in the aftermath of war. It is a breathtaking musical of romance, redemption and hope with music by George and Ira Gershwin.

Named best musical of the year by both the Drama League and the Outer Circle Critic and the winner of four Tony Awards, An American In Paris is the new hit musical that will sweep you off your feet. Inspired by the Academy Award Winning film, the musical tells the story of Lise, the beautiful French ballerina who captures the heart of the young American soldier, Jerry Mulligan, who stays in Paris after the war to continue his passion for painting.

With a little help from his friend Adam Hochberg, a composer and fellow veteran, they imagine a future brighter than the atrocities they’ve recently visited.  What ensues is a beautiful love story told through movement and Gershwin classics, that is sure to capture the hearts of audiences across America.

The score of American In Paris includes the songs “ I Got Rhythm,” “Liza,” “S’wonderful,” “But Not For Me,” “I'll Build a Stairway to Paradise,” and ”An American In Paris.” Truly a stunning performance that has earned more awards than any other musical in the 2015/2016 season, is not to be missed when it arrives at the Arsht Center on December 27, 2016 through January 1, 2017 located at 1300 Biscayne Boulevard, Miami.

“THE COMEDY EVENT OF THE YEAR”

“Twas the night before Christmas, so why not try something newish ? Boca Black Box made the comedy Jewish, so skip the traditional holiday Chinese buffet this year and come see The Kosher Comedy Tour, a fun new multimedia comedy show with music in the tradition of Catskills On Broadway starring hilarious Jewish comedians Peter Fogel, Sharon Daniels, and Stu Moss. Together these three comics have brought their shtick to The Tonight Show, Oprah and beyond celebrity impersonations, witty songs and funny, ‘cause  they’re true stories, yet they’re all part of this big night of laughs.

Sharon  Daniels is an unusually talented and versatile comic impressionist and celebrity impersonator. At an early age she had exhibited the ability of vocal mimicry by duplicating the voices of teachers, parents and friends. Honing her skills in standup comedy clubs, Sharon has developed a wide range of hilarious impersonations of comedians, actors, vocalists, and well known personalities, both male and female. Her range includes not only voices, but duplications of foreign or regional accents.

She was awarded the “Cloney”in Las Vegas” for Best Female Celebrity Impressionist by the International Guild of Celebrities and Tribute Artists in 2003 and 2004.

THE CASINO AT DANIA BEACH

In 1996 Atlanta Rhythm Section Band was able to get back together after a short absence from the music scene and recorded some of their great and best known songs. The band also did a second version of these songs with the same line up except for a new drummer, R. J. Vealey.  It was around this time the band was elected to the Georgia Music Hall of Fame. The band was also honored at a September 1996 induction ceremony at the Georgia World Congress Center.

The occasion provided an opportunity for a reunion performance of band members, and despite a temporary power outage they were able to rock on! Building on the momentum of this event and the impending 25th anniversary of the group, the band was able to record a new album. It featured some new songs and remakes of some unplugged classics the way they were written, on acoustic guitar and piano. It was another eight years before the group was able to put out a new studio album with new material.

This time, to commemorate their 25th anniversary, three original members teamed with one holdover and two new players to put out an album combining the old and new. Four new songs were created which showed ARS still had both their songwriting and playing skills in peak form.

Some of the old classic songs were revisited, showing how these older versions could be presented with different arrangements and still be as interesting and beautiful as the originals. In just two years they turned out another winner, Eufaula.  Another winner featuring a number of songs that stand with the best in their catalog.

The group continues to make concert appearances showcasing their hit songs and their outstanding musical abilities. Tickets range from $31 to $103, available by calling 844-234- SHOW or visit online at www.casinodaniabeach.com. For all additional information regarding this great event, call the Casino at 954-920-1511 located at 301 E. Dania Beach Boulevard, Dania Beach. Performance starts at 8 p.m. 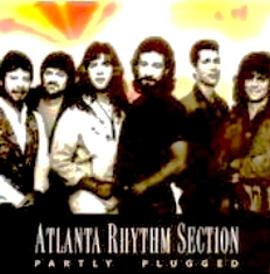