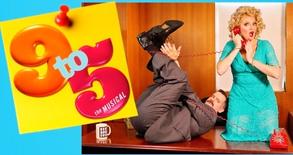 AT THE BROWARD PERFORMING ARTS  CENTER

Audiences participate directly in the fun when Tony n’ Tina’s Wedding returns to the Abdo New River Room, at the Broward Center on Thursday.  Now on stage  through Sunday, April 14, 2019.

From the first toast to the last slice of cake, audiences join in the fun as a guest of Tony and Tina, along with their colorful and madcap Italian-American families as they eat, drink, converse and get caught up in the festivities of this all-inclusive interactive experience.  The ticket price includes an old-world Italian buffet, wedding cake and a champagne toast.

Performance times are Thursday-Friday at 7 p.m. Saturday at 1 and 7 p.m. and Sunday at 1 and 6 p.m. Tickets are $67.50 -$77.50. Ticketmaster is the only official service of the Broward Center. Purchase tickets online at BrowardCenter.org or Ticketmaster.com. By phone call 954-462-0222. The Center is located at 201 S.W. Fifth Avenue, Fort Lauderdale.

The Tony Award musical 9-5 with music and lyrics by country superstar Dolly  Parton, is based on the 20th Century Fox film of the same name and features Parton’s infectious country-rock score with “Backwoods Barbie,” “Shine Like the Sun,” “Get Out and Stay Out,” and the Grammy -winning title song. Pushed to the boiling point, three female workers concoct a plan to get even with their sexist, egotistical, lying boss Mr. Hart.

Violet, Judy and Doralee live out their wildest fantasies giving their workplace a makeover and taking control of the company that has always kept them down. Performances are in the Amaturo Theatre Thursday-Saturday at 7:30 p.m. and Sunday at 2 p.m. with  performances, now on stage, through April 14, 2019. Tickets are $47-$60 with $25 student and teacher tickets available. Buy tickets online at BrowardCenter.org or by phone at 954-462-0222. The Broward Center is located at 201 S.W. Fifth Avenue, Fort Lauderdale.  *This production contains some adult language, adult situations, depictions of drug use and loud noises.

THE SOUTHEASTERN PREMIER OF “THE CHILDREN”

“The Children” By Lucy Kirkwood, an Eco-Thriller, horror story, tale of domestic trouble, and a half dozen other themes, is a Stunning Experience! With its slow release of a series of moral questions, Lucy Kirkwood’s engrossingly topical play becomes a controlled experiment.

When three retired ex-colleagues reunite after 38 years, their emotional reactions to each other take them straight back to their past, when they worked as physicists developing the nearby nuclear power plant , which has since suffered a meltdown . It’s clear that age cannot guarantee maturity when sexual rivalry is in the mix.

What begins as a study of ageing, marriage, parenthood, a buried love affair leaves familiar territory behind, as Rose makes a proposal that raises the stakes. In these absorbing , sympathetic performances, the characters reveal themselves as  complex and contradictory, as they question what they owe to the next generation.

At what point do they stop thinking that the fulfilment of their own lives’ potential, still lies in the future? And what is a good life? With schoolchildren currently demonstrating on the streets for action on climate change, Kirkwood’s challenges are all the more acute for avoiding generational stereotypes and blame. Lucy Kirkwood’s scary play makes tense drama out of the catastrophic results of human meddling in the national  world.

“The Children,” received two Tony award nominations on Broadway and is now on stage at the Gablestage Biltmore, through April 14, 2019, located at 1200 Anastasia Avenue, Coral Gables,  featuring David Kwait, Laura Kimball and Angie Radosh. For all additional information call 305-445-1119.

RETURNS TO THE  USA AT PARKER PLAYHOUSE

This isn’t your usual tribute band playing the hits .... what sets this show apart is probably the shared DNA between the players and the members of Cream.... If you’re a fan of Cream, It’s highly  recommended you catch this tour. First launched in 2017 to rave reviews in Australia and New Zealand.

The Music of Cream performed more than 40 shows in 2018 across North America and the United Kingdom. Throughout the extensive multi-media show, Kofi Baker (drums) Malcolm Bruce (bass, vocals) and Will Johns (guitar, vocals) perform songs such as “Sunshine of Your Love,” “Crossroads,” “Spoonful” and “White Room", and tell personal stories, while footage of their fathers and mentors is shown on the big screen.

During its heartbreakingly short lifespan, Cream was an explosive musical cocktail that provided the super-group blueprint for others to follow. The group’s third album,”Wheels of Fire,” in 1968, was the world’s first platinum recording-selling more than 15 million copies worldwide. Don’t miss this once- in- a- lifetime concert salute to the most innovative and explosive supergroup in the hands that knew them best, on April 12, 2019 at 8 p.m. at the Parker Playhouse located at 707 Northeast 8th Street, Fort Lauderdale. Tickets are $37.50 to $57.50 at Ticketmaster. Groups call 954-660-6307.For all other information call 954-462-0222. 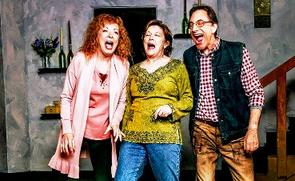 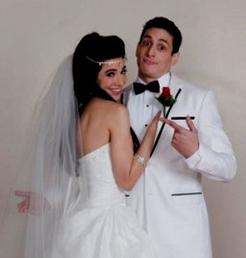 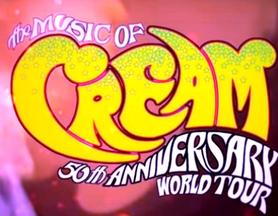