COMING TO THE KNIGHT CONCERT HALL

Anthony Dominick Benedetto, among the great singers of his generation,  has an ease of manner and warm vocal tones that helped him soar both in jazz and pop circles.  Also known professionally as Tony Bennett, he is an American singer of traditional pop standards, big bands, show tunes and jazz, who has released more than 70 albums in his singing career.

His works include the studio albums “The Beat of My Heart,” “To My Wonderful One,” “A Time For Love,” and “Life Is Beautiful.” He has also recorded several hit singles, such as “Rags to Riches,” “ I Left My Heart In San Francisco,” “Here in My Heart,” “ Stranger In Paradise,” “The Autumn Waltz,” “One For My Baby,” “Young and Warm and Wonderful,” “ It’s a Sin to Tell a Lie” and “Don’t Get Around Much Any More,” to name only a few.

Along with being a singer, Bennett is also a professional painter and has his art work on permanent public display in many institutions. Bennett has won numerous awards and accolades to date. He has won 19 Grammy Awards plus a Grammy Lifetime Achievement Award, and two Emmy Awards.

THE PPTOPA SUSAN B. KATZ THEATER

When a man claiming to be Fester, the missing brother of Gomez Addams, arrives at the Addams home, the family is thrilled. However Morticia begins to suspect the man is a fraud, since he cannot recall details of Fester’s life. With the help of lawyer Tully Alford, Fester manages to get the Addams clan evicted from their home. Gomez realizes the two men are conspiring to swindle the Addams fortune and that he must challenge Fester.

Sit back and savor the horrific hospitality of Gomez, Morticia, Pugsley, Grandma, Lurch and everyone’s favorite ghoul, Uncle Fester, as the special occasion brings out the best..and worst...in everyone involved. Bring your own family to the Pembroke Pines Theatre of the Performing Arts at the Susan B. Katz Theatre, now on stage thru April 7-2019. Tickets are $17-$27 and $32 at the box office located at the River of Grass Artspark 17195 Sheridan Street, Pembroke Pines. For other information call 954-437-4884. Online visit www.pptopa.com

Frida Kahlo was an all around eccentric rebel. In honor of her fiery spirit, composer Robert Xavier Rodriguez’s R-rated musical opera "Frida,” stands out as an unapologetically bold and unconventional drama, even on a scene that has witnessed practically any form of experimental art. Frida sings as she has lived-against the tide from the very first note,” Rodriguez explains, and indeed, what better way to describe both, this larger-than-life woman and his opera tribute to her.

Frida never had many friends having grown up in Mexico, and was often taunted by other girls. A near-death bus accident kept her bedridden and caused her life long health problems, but so began her love for painting. As a result she became most famous for her self-portraits. Like a supernova, Frida and her painter husband Diego Rivera’s explosive marriage finally fulfilled its destined faith and came to an end. The only happiness she had left was to channel her agony into beautiful paintings. Frida was really an exceptional woman, artist, and human being.

You may be familiar with the life story of legendary Mexican artist Frida Kahlo-but you’ve never seen it like this before. Scheduled at Parker Playhouse on March 28 & 30, 2019. For more information, call 800-741-1010. Visit online at fgo.org or email at sales@fgo.org

THE GERSHWIN MUSICAL "MY ONE AND ONLY"

NOW ON STAGE AT THE STAGE DOOR THEATRE


There’s nothing better than Gershwin’s tap-happy hit “My One And Only,” that is now on stage and will run through to March 24, 2019. The show is built around a sappy love story and great music. In their typical flawless fashion, the performers will dazzle you with their talents.

The plot centers on Captain Billy Buck Chandler, a transatlantic aviator who flies around the world in pursuit of the championship swimmer Edith, whom he loves. Edith is the current star attraction of Prince Nicolai Erraclyovitch Tchatchavadze’s International Aquacade. Claiming to possess certain compromising photographs , Prince Nicolai blackmails Edith into staying with Tage the Aquacade. In the end, Billy persuades her to return with him to America to get married. 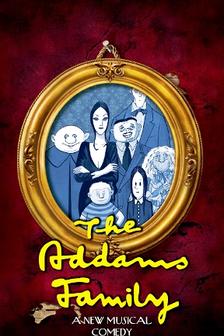 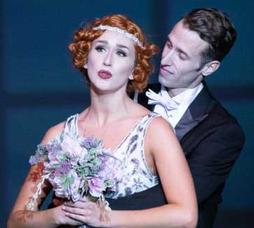 MY ONE AND ONLY 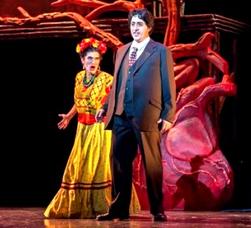 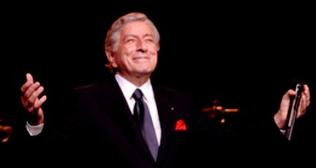