THE GERSHWIN MUSICAL “MY ONE AND ONLY”

AT THE STAGE DOOR THEATRE

There’s nothing better than Gershwin’s tap-happy hit “My One And Only,” that comes to the Stage Door Theatre on March 8 and runs through to March 24, 2019. The show is built around the sappy love story and the great music. In their typical flawless fashion, the performers will    dazzle you with their talents.

The plot centers on Captain Billy Buck Chandler, a transatlantic aviator who flies around the world in pursuit of the championship swimmer Edith, whom he loves. Edith is the current star attraction of Prince Nicolai Erraclyovitch Tchatchavadze’s International Aquacade.

Claiming to possess certain compromising photographs, Prince Nicolai blackmails Edith into staying with the Aquacade. In the end, Billy persuades her to return with him to America to get married. Stage Door Theatre brings you back to the exciting and light-hearted roaring 20's. My One and Only tickets are $48 to $58 plus, at the Theatre’s box office located at 3800 N. W. 11th Place, Lauderhill. Performances are evenings at 8 p.m., matinees 2 p.m. Call 954-344-7765.

IN THE BROWARD CENTER’S AU-RENE THEATRE

This is not just tap. Experience high voltage, rugged, raw talent in the tap dance phenomenon which has taken the world by storm. Dein Perry’s Tap Dogs returns to the stage with its trademark blend of live music and tap dance as you’ve never seen before. The New York Observer called it “positively electrifying.”

Part theatre, part dance, part rock concert and part construction site, the show is crammed with high-energy dance, theatrical performance, and music performed by the cast and live musicians in this unstoppable spectacular.

Whether in water, upside-down or jumping through scaffolding, the Tap Dogs have been performing to the beat of their own drum for more than 20 years.

Winners of more than 15 international awards including an Olivier Award, an Obie Award and a Pegasus award, the global smash hit has appeared in over 330 cities on six continents and has been seen live by more than 12 million people.  A worldwide television audience of over 34.4 billion saw 1,000 Tap Dogs performing in the Opening Ceremony of the Sydney Olympics.

Recommended for ages 8 and up. Performance timing is approximately 90 minutes with no intermission. Tickets range from $25 to $75 and up for the March 12, 2019 performance at 8 p.m. at Ticketmaster or the theatre’s box office, located at 201 S.W. Fifth Avenue, Fort Lauderdale. For more information call 954-462-0222. Group sales call 954-660-6307. *Please note: This performance contains hazefog and strobe light effects.

TO PERFORM AT THE ARSHT CENTER’S KNIGHT CONCERT HALL

Itzhak Perlman is a Grammy and Emmy Award-winning classical musician, revered for his work as a violinist and conductor. Born in Tel Aviv, Israel, He showed aptitude early in life.

Due to polio, however, his legs became permanently paralyzed at the age of 4. Yet despite doctors' skeptical forecasts about the  possibilities of pursuing a music career, Perlman persevered along with his father Chaim, who enrolled his son at the Music Academy of Tel Aviv.

Perlman soared in terms of his abilities with his violin, and offered his first public concert at the age of 10. He performed on TV at 13 years old on the Ed Sullivan Show in 1958, and that same year, attended the Juilliard School. In the mid-1960s, he performed at Carnegie Hall, and soon after won the esteemed Leventritt Competition.

As a reigning virtuoso of the violin, Itzhak Perlman enjoys super star status rarely afforded to a classical musician. His charm and humility, as well as his talent, is a treasure for audiences throughout the world. Now Appearing at the Knight Concert Hall at the Arsht Performing Arts Center at 1444 Biscayne Blvd. Suite 202, Miami, on March 7, 2019 at 8 p.m. Tickets range from $256-$307 at Ticketmaster. For information call 305-949-6722, or visit www.arshtcenter.org

Despite the pair’s plea for no shenanigans, a dinner party hosted by Gomez and Morticia to meet the boy’s parents soon goes devilishly awry, testing the bonds of family, love and unholy matrimony.

When a man claiming to be Fester, the missing brother of Gomez Addams, arrives at the Addams home, the family is thrilled. However Morticia begins to suspect the man is a fraud, since he cannot recall details of Fester’s life.

With the help of lawyer Tully Alford, Fester manages to get the Addams clan evicted from their home. Gomez realizes the two men are conspiring to swindle the Addams fortune and that he must challenge Fester.

Sit back and savor the horrific hospitality of Gomez, Morticia, Pugsley, Grandma, Lurch and everyone’s favorite ghoul, Uncle Fester, as the special occasion brings out the best..and worst...in everyone involved.

Bring your own family to the Pembroke Pines Theatre of the Performing Arts at the Susan B. Katz Theatre from March 15 to April 7-2019. Tickets are $17-$27 and $32 at the box office located at the River of Grass Artspark, 17195 Sheridan Street, Pembroke Pines. For other information call 954-437-4884. Online visit www.pptopa.com 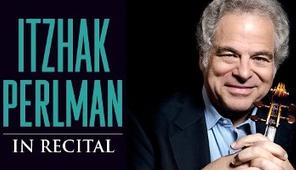 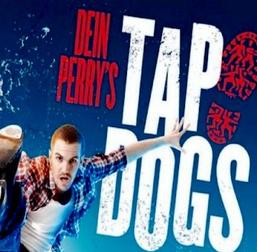 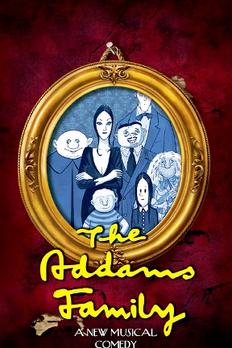