WE’RE HAVING A PARTY AND

SOUTHSIDE JOHNNY  AND THE ASBURY JUKES

WILL ROCK THE PARKER PLAYHOUSE

With their classic blend of hard-core R&B and street-level rock, molten grooves, soulful guitar licks and blistering horn section.  Southside Johnny and the Asbury Jukes put their unique stamp on the Jersey Shore sound.  And they bring it to Parker Playhouse on Saturday, February 23 at 8 p.m. Special guest Adam Ezra Group will open the show.

Emerging from the same scene as his now legendary contemporary and friend Bruce Springsteen, Southside Johnny’s first three albums, I Don’t Want To Go Home, This Time It’s For Real, and Hearts of Stone, were produced by band co-founder Steven Van Zandt.

From the first note to the last, the audience will sing and dance along, thoroughly enjoying the fun Saturday night.  Tickets are $37.50 -$67.50 . Ticketmaster is the only official ticketing service of the Parker Playhouse. Tickets are available online at ParkerPlayhouse.com and Ticketmaster.com: by phone at 954-462-0222. The Parker Playhouse is located at 707 N.E. 8th Street, Fort Lauderdale.

TO PLAY AT THE ARSHT CENTER

Waitress tells the story of “Jenna,” an expert pie baker working at a local diner and stuck in a loveless marriage, who dreams of a way out of her small town. Her salvation comes in the form of her daughter “Lulu.” A baking contest in a nearby county and the town’s new doctor may offer her a chance at a fresh start, while her fellow waitresses offer their own recipes for happiness. But Jenna must summon the strength and courage to rebuild her own life.

The production has cast two young area actresses to take on the role of Lulu during the Miami engagement at the Arsht Center. Hailey Belle Malvin, age 4 and Ivy Juliet Sanchez, 4, both from Miami will alternate the role of Lulu, the daughter of the production's main character, Jenna.

It’s an empowering musical of the highest degree with great raves. This uplifting musical in the Ziff Opera House, celebrates friendship, motherhood, and the magic of a well made- pie.

Tickets for Waitress start at $34 and up, are available at the Center's box office, in person, located at 1300 Biscayne  Boulevard, Miami. For more information call 305-949-6722 or visit online at www.arshtcenterr.org.  *Parental Guide: Not suitable for children under 8 years of age.


THE WONDERFUL STORY OF "FIDDLER ON THE ROOF"

Winner of nine Tony Awards when it debuted in 1964, and still touching audiences with its humor, warmth and honesty, this universal show is a true example of musical theatre.

Tevye, a poor Jewish milkman with five daughters, explains the customs of the Jews in the Russian shtetl of Anatevka in 1905. Tevye tries to protect his daughters and instill in them the traditional values in the face of changing social values and the growing ant-Semitism

of Czarist Russia. Rich in historical and ethnic detail, Fiddler on the

At Tevye’s home, everyone is busy preparing for the Sabbath meal. His sharp-tongued wife Golde, orders their daughters, Tzeitel, Hodel, Chava, Shprintze and Bielke about their tasks. Yente, the village matchmaker, arrives to tell Golde that Lazer Wolfe, the wealthy butcher, a widower older than Tevye wants to marry Tzeitel, the eldest daughter.

The next two daughters, Hodel and Chava, are excited about Yente’s visit, but Tzeitel is not enthusiastic. A girl from a poor family must take whatever husband Yente brings, but Tzeitel wants to marry her childhood friend Motel the tailor. One night Tevye in bed with Golde, pretends he was awakened by a nightmare. He describes his dream to Golde, as such.

Golde’s grandmother Tzeitel returns from her grave to bless the marriage of her namesake, but to Motel, not to Lazar Wolf. The superstitious Golde is terrified, and she quickly counsels that Tzeitel must marry Motel.

Follow the Family of Golde, Tevye and their daughters through all their trials and tribulations including so many wonderful songs such as “Matchmaker, Matchmaker, Make Me a Match,” “If I Were A Richman,” “To Life,” “Miracles of Miracles,” “Sunrise, Sunset,” and more.

AT THE CORAL SPRINGS CENTER

Paula Poundstone is one of our Country’s prominent comedians, known for her smart, observational humor and spontaneous wit that has become the stuff of legend. She tours regularly, performing more than 85 shows a year. Paula has had numerous HBO specials and starred in her own series on HBO and ABC. Her second special for HBO, Paula Poundstone Goes To Harvard, marked the first time the elite university allowed its name to be used in the title of a TV show.

Paula was the first woman, in its then 73rd year, to perform stand-up comedy at the White House Correspondents Dinner. She won an American Comedy Award for Best Female Stand-Up Comic and is recognized in innumerable lists, documentaries, and literary compendiums noting influential stand-up comedians of our time. 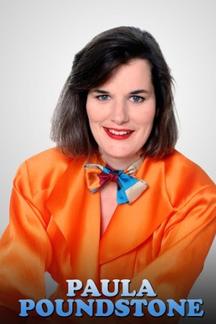 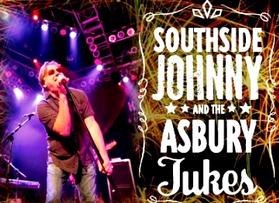 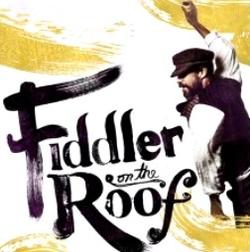 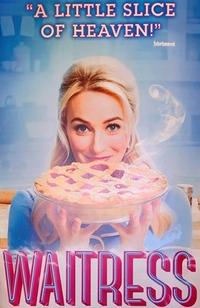