THE WONDERFUL STORY OF “FIDDLER ON THE ROOF”

Winner of nine Tony Awards when it debuted in 1964, and still touching audiences with its humor, warmth and honesty, this universal show is a true example of musical theatre.

Tevye, a poor Jewish milkman with five daughters, explains the customs of the Jews in the Russian shtetl of Anatevka in 1905. Tevye tries to protect his daughters and instill in them the traditional values in the face of changing social values and the growing anti-Semitism of Czarist Russia. Rich in historical and ethnic detail, Fiddler on the Roof's universal theme of tradition cuts across barriers of race, class, nationality and religion, leaving audiences crying tears of laughter, joy and sadness.

At Tevye’s home, everyone is busy preparing for the Sabbath meal. His sharp-tongued wife Golde, orders their daughters, Tzeitel, Hodel, Chava, Shprintze and Bielke about their tasks.  Yente, the village matchmaker, arrives to tell Golde that Lazer Wolfe, the wealthy butcher, a widower older than Tevye, wants to marry Tzeitel, the eldest daughter. The next two daughters, Hodel and Chava, are excited about Yente’s visit, but Tzeitel is not enthusiastic.

A girl from a poor family must take whatever husband Yente brings, but Tzeitel wants to marry her childhood friend Motel the tailor. One night, Tevye in bed with Golde, pretends he was awakened by a nightmare. He describes his dream to Golde.  As such, Golde’s grandmother, Tzeitel, returns from her grave to bless the marriage of her namesake, but to Motel, not to Lazar Wolf. The superstitious Golde is terrified, and she quickly counsels that Tzeitel must marry Motel.

Follow the Family of Golde, Tevye and their daughters through all their trials and tribulations including so many wonderful songs such as “Matchmaker, Matchmaker, Make Me a Match,” “If I Were A Richman,” “To Life,” “Miracles of Miracles,” “Sunrise, Sunset,” and more.

Sarah Brightman has made her mark in the world on Broadway, film, as a recording artist, singer, dancer, actress and musician. In 1981 she made her West End musical theatre debut in Cats and met composer Andrew Lloyd Webber, whom she later married.  She went on to star in several Broadway musicals including The Phantom of the Opera, where she originated the role of Christine Daaé.  Her original cast album of the musical was released in CD format and sold 40 million copies worldwide, making it the biggest-selling cast album of all-time.

Brightman’s 1996 duet with the Italian tenor Andrea Bocelli, “Time to Say Goodbye,” topped the charts all over Europe and became the highest and fastest-selling single of all-time. She has now collected more than 180 gold and platinum record awards in 38 different countries.

Tickets $54-$159 and up, are selling fast for this outstanding performer’s concert on February 20, 2019 at 8 PM., in addition to special guests Vincent Niclo and Marcis Lustin Lanau.  As a special offer for fans attending Sarah Brightman’s upcoming tour, a CD copy of her forthcoming album, is included with every pair of tickets purchased online. *US/Canada residents only. Not valid for fan to fan resale. For general info call the box office at 954-797-5531 or Ticketmaster.com

THE EDWARDS TWINS IN AN EVENING WITH THE STARS

Direct from Las Vegas, The Edwards Twins, The Brothers Who Look and Sound Like The Stars, is the number 1 Identical twin and impersonation show in the world. The most unique show you will ever see. No lip-syncing to the original Stars.

Anthony and Eddie Edwards are considered by most of the major publications and TV shows  across the country, as the most talented twins in the world today. Whether it’s playing piano, dancing, acting, singing or creating over 100 impressions of the top super stars in the world, The Edward Twins will WOW all ages from 5 to 100 years old.

If you love impressionists like Rich Little or Danny Ganzor shows like La Cage or Legends In Concert, you will love The Edwards Twins and their Dead On impressions of Barbra Streisand, Andrea Bocelli, Bette Middler, Elton John, Neil Diamond, Billy Joel, Tina Turner, Cher, Rod Stewart, Diana Ross, and so many more.

These look-a-likes are such startling look-alikes, audiences will forget that you’re not watching the real stars. Now in their 20th year, The Edwards Twins will be one of the best shows you will ever see on Saturday, February 23, 2019 at 8 p.m.

Every once in awhile, a new band will come along and knock you out with a sound, look, and show that nothing else can compete with. The time has come on February 17, 2019, at 7 p.m. at  the Boca Raton Black Box. Welcome, Diamond-One Hot Night, a ten piece band from New York that replicates Neil Diamond’s career right through to today. Other tributes cannot compare to One Hot Night. Like a breath of fresh air, One Hot Night brings sound, costumes, a stage and light show that is second to none.

Neil Diamond’s style and vocals have evolved over the years.  The band has some of the most talented musicians to ever play in a tribute show. Musicians that have played and collaborated with Gloria Estefan, Jon Secada, Michael Jackson, Enrique and Julio Iglesias, Bruce Springsteen, and Tommy James, to name a few.

Looking for an exciting evening of entertainment from one of the largest  contemporary artists in the world, then Diamond One Hot Night is your show. From the sounds of the horns in “Holy Holy” to the pounding of the drums in “America,” One Hot Night will not disappoint. It’s exciting, energetic and  colorful. 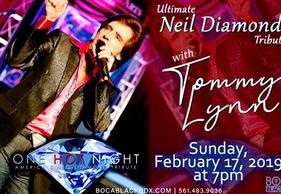 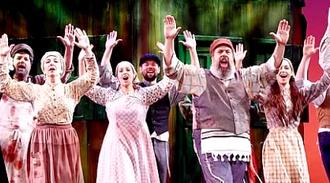 FIDDLER OF THE ROOF 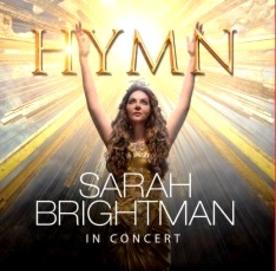 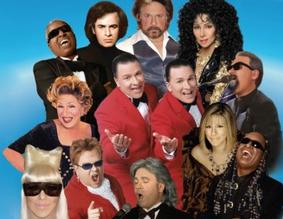