THE SPITFIRE GRILL A MUSICAL

The Spitfire Grill, a warm and uplifting show about starting over, and second chances, forgiveness and redemption, becomes the first musical to be produced by Palm Beach Dramaworks as part of its new season.

This internationally beloved work is now open, and runs through February 24, 2019. Previous musicals that were produced at the theatre received great reviews and were a big success with the audiences. Many of them, asked about the possibility of including a musical during this season, and they quickly agreed. The Spitfire Grill was the perfect choice with its complex characters, powerful themes and a really wonderful score.

This folk musical tells the story of Percy Talbott, a young parolee looking for a fresh start in Gilead, Wisconsin, a (fictional) town that one of its inhabitants calls “a place for leaving, not for coming to.” As Percy adjusts to her new life, she and the town begin to awaken together.

The show is very different from the film. It has been presented more than 500 times throughout the country and around the world. For ticket prices and show time information call the Don and Ann Brown Theatre at 561-514-4042 located at 201 Clematis Street or visit online at  www.palmbeachdramaworks.org

TO THE AVENTURA CENTER

Greatest Hits is the first compilation album released by American singer Melissa Manchester. It was issued in 1983, shortly after the release of Manchester’s biggest hit “You Should Hear How She Talks About You.” Melissa’s first group of 10 songs covers the years 1975 to 1983 starting with her single ,top ten hit “Midnight Blue,” and continued with “Nice Girl,” “My Boy Friends Back,” “Runaway,” and previously recorded “Hey Ricky.”

Songs that also became hits for her in the USA, include the Academy Award- nominated song “Through the Eyes of Love,” and  “Come In From The Rain,” a song which Manchester wrote and became a hit for Captain  and Tennille. Melissa has also written many other songs, too many to mention.

They were just four guys from New Jersey, until they sang their very first note. They had sound nobody had ever heard ....and the radio just couldn’t get enough of. But,while their harmonies were perfect on stage.  Off stage it was a very different story-a story that has made them an international sensation all over again.

Now go behind the music and inside the story of Frankie Valli and The Four Seasons, in the Tony Award -winning, true-life musical phenomenon, Jersey Boys. From the streets of New Jersey to the Rock and Roll Hall of Fame, this is the musical that’s just too good to be true.

Frankie Valli is a U.S. vocalist known for his distinctive falsetto as lead singer of the Four Seasons who had major hits such as “Sherry,” “ Walk Like A Man,” “Can’t Take My Eyes Off Of You,” “My Eyes Adored You,” “ Big Girls Don’t Cry,” “Swearin’ to God,” and others. He began his singing career in the early 1950's, cutting his first single “My Mother’s Eyes.”

From 2016 to 2017, Frankie Valli and the Four Seasons toured the United States playing to many venues along the way. On February 14 & 15 at 8 p.m. Frankie Valli and the original Jersey Boys will be on stage at the Hollywood Hard Rock Live Casino. Tickets are $40 to$105 and up, now on sale at Ticketmaster. For more information call 954-797-5531.

AT THE STAGE DOOR THEATRE’S NEW HOME IN LAUDERHILL

Based on Mel Brooks’classic 1968 film, The Producers is the story of Max Bialystock, the one time King of Broadway producers hungry to strike it rich, and Leo Bloom, an accountant with dreams of someday becoming a theatre producer. They discover that they could get richer by producing a flop than a hit, and start by finding the worst show, worst director, and worst actors. When their new production “Springtime for Hitler” turns out to be a smash success, the plan is thrown off and the partners' lives are thrown into chaos.

With dozens of big and bit parts alike, no shortage of show stopping musical numbers, and Brook’s signature humor keeping audiences in stitches. The Producers won 12 out of its nominations, setting the record for most wins in history, and becoming one of the few musicals to win in every category for which it was nominated.  It received two nominations for leading actor, and three for featured actor, which still stands today. The Producers is now on stage through February 10, 2019. Tickets are $48 and $58 at Ticketmaster or theatre box office, located at their new address 3800 N.W. 11th Place, Lauderhill. For more information call 954-344-7765 or 954-777-2055. 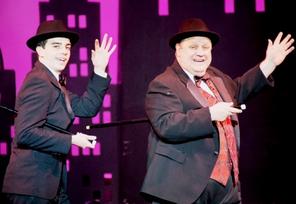 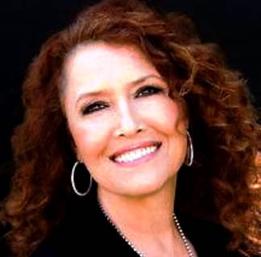 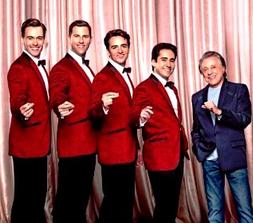 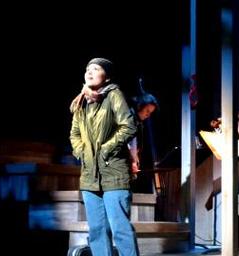