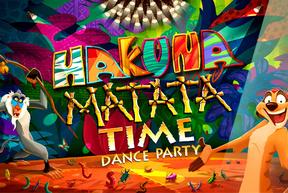 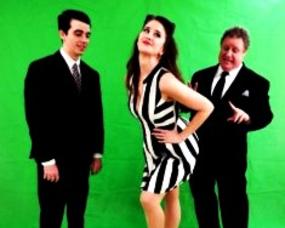 AT THE STAGE DOOR THEATRE’S

Based on Mel Brooks’ classic 1968 film, The Producers is the story of Max Bialystock, the one time King of Broadway producers, hungry to strike it rich,and Leo Bloom, an accountant with dreams of someday becoming a theatre producer, who discover that they could get richer by producing a flop than a hit and start by finding the worst show, worst director, and worst actors. When their new production, “Springtime for Hitler,” turns out to be a smash success, the plan is thrown off and the partners' lives are thrown into chaos.

With dozens of big and bit parts alike, no shortage of show stopping musical numbers, and Brooks' signature humor keeping audiences in stitches. The Producers won 12 out of its nomination, setting the record for most win in history and becoming one of the few musicals to win in every category for which it was nominated-it received two nominations for leading actor and three for featured actor, which still stands today.

Associate Artistic Director Michael Leeds imagined what it would be like if they did appear in his new show “Bette and Barry-From Bathhouse to Broadway.” Picture all those memorable songs like “Wind Beneath My Wings,” “Copacabana,” “The Rose,” and “ I Write The Songs,” sung by Bette & Barry and backed by the legendary Harlettes. Along with “It’s a Miracle,” and “Could It Be Magic?” Find out for yourself, and bring your friends for a most delightful evening.

The director Leeds points out that “we didn’t want to cast impersonators. Rather we wanted great singers and performers who could embody the energy, humor and charisma of these legendary stars.”

The production begins previews on January 10 and 11 with press and Carbonell opening January 12. Performances are Thursday, Fridays and Saturdays at 8 p.m. and Sundays at 5 p.m. thru February 10, 2019. Tickets are available at the box office of Island City Stage located at 2304 Dixie Highway, Wilton Manors. For more information call 954-519-2533 or visit online at islandcitystage.org.

2019 PROMISES TO BE AN EXCITING YEAR

The Orlando theme park is unveiling several new attractions, shows, parties, character interactions and more. If you’ve been waiting to plan a trip, 2019 will be the perfect time! Let’s see what’s coming:

Choose your Disney & Minnie’s Surprise Celebration Arrives at Magic Kingdom. Iconic Disney characters Mickey and Minnie will kick off the year at the Magic Kingdom from January 18 to September 30, 2019. The fun includes the Move It! Shake It!  Mouseke Dance It! Street Party with Mickey and Minnie and their pals Donald Duck, Daisey Duck, Goofy, Pluto, Max, Chip ’n Dale and others.

The procession marches down Main Street USA towards Cinderella Castle. Magic Kingdom will also welcome the Dapper Dans, the Casey’s Corner piano player,and others, with special musical moments throughout the day.

Party with Pixar Pals and More as Disney’s Hollywood Studios Celebrates its 30 years. Also returning to the park are fellow Pixar characters Mike and from Pixar’s Inc. Come celebrate The Lion King at Disney’s Animal Kingdom. Feel the love during the Hakuna  Matata Time Dance Party. Guests can also enjoy new three-dimensional photo opportunities that let you become a part of The Lion King in a new way.

PUT ON YOUR DANCING SHOES & STEP BACK IN TIME

WITH THE BEST DOO-WOP MUSIC

The Mystics and the Mystics band are back by Popular Demand at the Herb Skolnick Community Center on January 30, 2019 at 7:30 p.m. to 9 p.m. In May 1959 songwriters came up with the song “Hushabye” written especially for The Mystics. A record was released by Laurie Records and within a few weeks the record was a great it.”Hushabye” hit the top ten spending 9 weeks on the national charts where it climbed to number 20 on the list.

Mark Harris, a young man, still in high school, wrote a song “Don’t Take The Stars,” and presented a demo to The Mystics. They liked the song, and recorded it immediately. The song hit the charts and became The Mystics’ second hit. 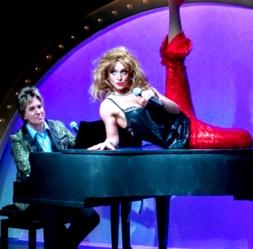 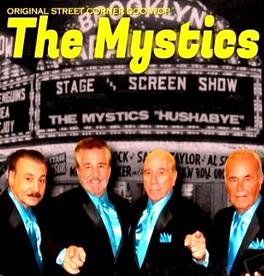