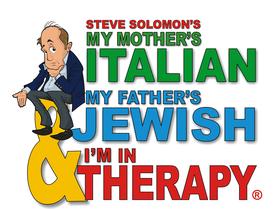 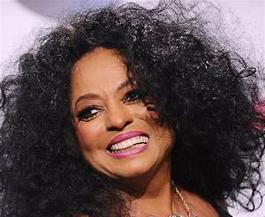 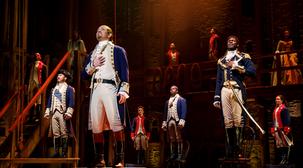 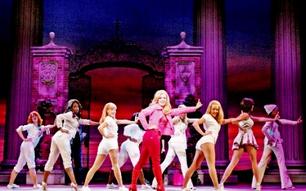 "MY MOTHER’S ITALIAN, MY  FATHER’S JEWISH

AND I'M IN THERAPY" TO AVENTURA

The holidays are chaotic enough for most people, but if you’ve seen any of Steve Solomon’s My Mother’s Italian, My Father’s Jewish...one-man shows, you know that his family celebrations probably take the cake. And this holiday season, you’re invited to the party.

This seasonal entry in the series finds Solomon at Grandma’s holiday dinner, where anyone who’s under 55 ends up at the kid’s table, and all 35 guests have to share one toilet. Spend some quality time with the Solomon family as My Mother’s Italian, My Father’s Jewish & I’m Home for the holidays comes to the Aventura Arts and Culture Center.

Steve Solomon has gone from Brooklyn to Broadway in only 50 years. To say that an evening spent with Steve is like being with a dear, funny friend, is an understatement. In truth, an evening with Steve is more like being with dozens of hilarious friends and eccentric members of your own family. Steve’s three-time award winning show has met with rave reviews, great audience acclaim throughout the country, and has become one of the longest running one-man shows in Broadway history.

PRESENTED IN THE AMATURO THEATRE

Elle Woods, (Reese Witherspoon) has it all. She wants nothing more than to be Mrs. Warner Huntington. But there is one thing stopping him (Matthew Davis) from proposing: She is too blonde. Elle rallies all of her resources and gets into Harvard, determined to win him back. Like its main character, “Legally Blonde: The Musical” has it all. It’s cute, catchy and will teach you valuable life lessons-like how to properly bend ...and snap!

This seriously sweet song-and-dance sensation is the story of sorority-sister-turned-law-student Elle Woods. One glance at her all-pink wardrobe and her Chihuahua Bruiser, and you know this girl is a little bit extra in everything she does.

So its no surprise that when she’s dumped by her Ivy League boyfriend, she goes all out to win him back. Her OTT plan includes putting down her credit cards, picking up the books and setting out to go where no Delta Nu has gone before: Harvard Law.

"HAMILTON" THE MOST POPULAR SHOW

EVERY ONE WANTS TO SEE IS

NOW AT THE BROWARD CENTER

"Hamilton," an American Musical, sung and rapped through music is about the life of American Founding father Alexander Hamilton, with music, lyrics, and book by Lin-Manuel Miranda, inspired by the 2004 biography of Alexander Hamilton written by Ron Chernow.

The show is an achievement of historical and cultural reimagining. The costumes and set reflect the period, with velvet frock coats and knee britches.

The show revolves around the life of Alexander Hamilton’s many achievements as a military hero and aide to George Washington, as co-author of the Federalist Papers which secured the ratification of the Constitution, and as the first Secretary of the Treasury and much more.

Hamilton is a story about America, and the most beautiful thing about it is ....it's told by such a diverse cast with such diverse styles of music,"according to Renee Elise Goldberry who played Angelica Schuyler.

Although Hamilton was based on historical events and people,  Miranda did use some dramatic licence in retelling the story. For example while Angelica did have a strong relationship with Hamilton, it was exaggerated in the show.

Hamilton has been awarded almost every award possible, in every category that has ever been awarded for a musical, leaving audiences clamoring for tickets.

Diana Ross, an American vocalist and dynamic leader of The Supremes, who then became the original pop-soul diva by the early 70's will make a stop at the Hollywood Hard Rock Live on January 6, 2019, at 7 p.m.

Tickets range from $119 and up at the Hard Rock box office located at 1 Seminole Way, on State Road 7 in Hollywood.  Ross’s rIse to fame became Motown’s most successful act, and was the best charting girl group in US history, as well as one of the world’s best-selling girl groups of all time.

The group released a record-setting twelve number-one hit singles on the US Billboard Hot 100, including “Where Did Our Love Go”, “Baby Love,” “Come See About Me,” “Stop! In the Name of Love,” “Love Child,” and so many more.

Following her departure from the Supremes in 1970, Ross released her debut solo album that same year, which contained the top 20 Pop hit “Reach Out and Touch Somebody’s Hand,” and the number -one pop hit “Ain’t No Mountain High Enough.” She is a 12-time Grammy nominee, and later became the recipient of the Grammy Lifetime Achievement Award in 2012.

In 2016 Billboard magazine named her the 50th most successful dance artist of all time. In December, 2018 Ross consolidated her status as a dance diva becoming number 3 in the Billboard Dance Club Songs Artists year-end chart. For more information call 954-797-5531