It’s a one of a kind night, with Broadway leading ladies, Emily Skinner and Alice Ripley as part of its Broadway Concert Series. Skinner has established herself as one of Broadway’s most engaging and versatile performers.

In the fall of 2017's Broadway season, she was directed by Hal Prince in his new show Prince of Broadway. Ripley earned critical acclaim and won the Best Actress in a Musical Tony, and Helen Hayes Awards for her work as Diana in the Pulitzer Prize-winning rock opera, "Next to Normal."

She also garnered a Tony nomination for her performance alongside Emily Skinner in Side Show.
Skinner comes to Aventura fresh from performing on Broadway in "The Cher Show." Nominated for Tony Awards for their co-starring roles in "Side Show", the duo are back together on stage. A Tony- winner for "Next To Normal", Ripley also appeared in American Psycho, The Rocky Horror Show and Sunset Boulevard. Skinner’s Broadway credits include Billy Elliot, Jekyll & Hyde and The Full Monty.

In 1964, music producer Phil Spector came across the Righteous Brothers when they performed in a show at the Cow Palace in Daly City, where one of the Spector’s acts, The Ronettes, was also appearing, and he conducted the band for the show.

Spector was impressed enough to arrange a deal with Moonglow, allowing him to record and release songs by the Righteous Brothers in the US, Canada and the UK under his own label, Phillies Records. Prior to this, all the songs Spector produced for Phillies Records featured black singers, the Righteous Brothers would be the first white vocal group for the label, but they had a black vocal style, termed “blue-eyed soul,” that suited Spector.

Spector commissioned Barry Mann and Cynthia Weil to write a song for them, which turned out to be “You’ve Lost That Lovin’ Feelin.”The song was released in late 1964, became their first major hit single and reached number 1, becoming one of the most successful pop singles of its time. Other hit singles followed including “Just Once In My Life,” “Unchained Melody,” and “Ebb Tide.”

The Righteous Brothers were nominated twice for a Grammy for their Best Rock And Roll and Best Pop Vocal Performance by a Duo Group, and awarded the Best New Singing Group on Billboard. They were inducted into the Rock and Roll Hall of Fame on March 10, 2003.

OPENING AT THE STAGE DOOR THEATRE

Based on the 1968 film, Mel Brook’s musical The Producers is a laugh -out-loud, outrageous, crowd- pleasing farce that has been a smash hit since its 2001 debut.

Fading Broadway producer Max Bialystock is desperate to get to the top of his profession again, and he finds an unlikely ally in mousy accountant Leo Bloom, who hypothesizes that one could make far more money with a flop of a show than with a hit.

Together, the two set out to produce the worst musical ever to hit Broadway, with the worst script, the worst director, and the worst cast they can find; the catch is that they will raise two million dollars to finance the show, and they plan to take the money and head to Rio when the show inevitably closes after just one performance.

Too bad for Bialystock & Bloom that, against all odds, the show is a total hit! With dozens of big and bit parts alike, no shortage of showstopping musical numbers, and Brooks’ signature humor keeping audiences in stitches, The Producers is definitely far from a flop.

At the 2001 Tony Awards, The Producers won 12 out of its 15 nominations, setting the record for most wins in history, and becoming one of the few musicals to win in every category for which it was nominated-it received two nominations for leading actor and three for featured actor, which stands today.

“THE MARRIAGE OF FIGARO”

The story of the opera is set in Spain. Figaro is jealous of the Count for his gallantry to Susanna, his betrothed. The Count, sensing that the Page Cherubino, is interested in the Countess, seeks to get rid of Cherubino by ordering him off to the wars.

He is saved by Susanna, who disguises him in female attire. The Countess, Susanna, Figaro and Cherubino conspire to punish the Count for his infidelity. The latter suddenly appears at his wife’s door. Finding it locked, he demands an entrance. Cherubino, alarmed, hides in a closet and bars the door. When the Count goes after a crowbar to break in the door, Cherubino leaps out of the window, while Susanna takes his place. A ludicrous side plot unfolds as Marcellina appears with a contract of marriage signed by Figaro, bringing Bartolo as a witness.

The contract is declared valid. Figaro stalls by protesting that he can’t marry her because he’s actually a nobleman, stolen from his parents at birth. He displays a birthmark on his arm. Marcellina recognizes the mark, and nearly faints. It turns out that Figaro is her and Bartolo’s long-lost illegitimate son. Figaro is off the hook and he and Susanna are free to be married at last. Bartolo and Marcellina make it a double wedding.

Join one of Florida Grand Opera’s leading experts for a witty, captivating and always interesting preview, one hour prior to each performance. Not only will you learn about the entire plot of the opera, you’ll also hear all the entertaining stories and backstage gossip that is part of any opera. Performances run from January 26 to February 3, 2019 in the Ziff Ballet Opera House. For Showtimes and tickets call Ticketmaster or the Center’s box office at 800-741-1010 or 786-468-2000.
​ 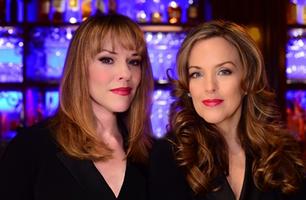 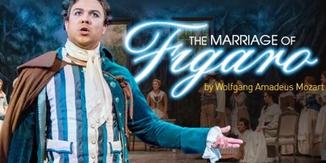 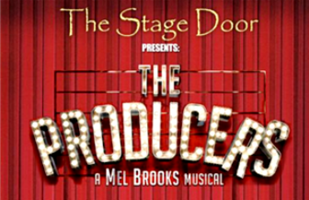 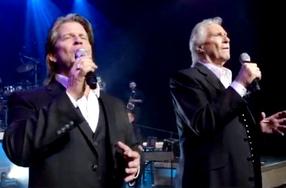