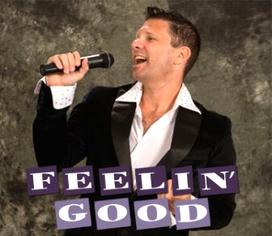 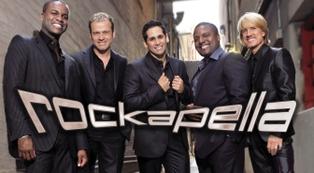 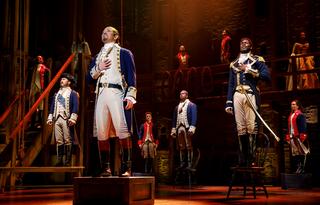 IN TIME FOR THE HOLIDAY

This holiday season discover the perfect gift for everyone on your list. It is a holiday card come to life. Start with a timeless tale of joy and goodwill, fill it with classic Irving Berlin songs, and top it off with glorious dancing and lots of snow. This must see classic is a new lavish production.

Irving Berlin’s White Christmas tells the story of two showbiz buddies, formerly old war comrades, who are tasked with staging a winter pageant in a picturesque, but struggling Vermont Inn owned by their old commanding officer- and find their perfect matches in the bargain.

Will they be able to pull off the ultimate Christmas miracle and save the show?  Well yes, with a song and dance team putting on a show in the magical Inn and falling for a stunning sister act in the process. But in this case the fun is in following them on their marvelous, adventure filled journey!

Irving Berlin's White Christmas is a merry and bright Broadway experience full of dancing, laughter and some of the greatest songs ever written including Blue Skies, I Love A Piano, How Deep Is The Ocean, and the iconic favorite White Christmas.

As warming as apple pie this uplifting story and beloved songs of Bing Crosby’s movie White Christmas have been enjoyed by families for generations. Continue the tradition with your family at this exciting live production.

It will then return to  the Boca Black Box Center on December 23, 2018. The show was always a sell-out wherever it has appeared. Saladino will sing the  songs that made the popular singer-songwriter a world-renowned phenomenon. He will be accompanied by a seventeen - piece band at Aventura, but  a seven piece band at Boca Black Box  due to space constraints.

In addition, talented dancers and  special guest star Cantor Geniene Shelley will also appear. Inspired by Bublé's Jazzy Big band style, Saladino will perform all the hits that put the Canadian superstar on the charts such as "Haven't Met You Yet", "Everything", and "Home." Other songs will include such classics as  "Feeling Good," 'Come Fly With Me," "Cry Me a River," and "Sway."

In addition, the evening  will also include  covers of The Beatles, The Eagles, Otis Redding, and  Queen.  The show will also feature some of Bublé's beloved  renditions  of everyone's favorite holiday classics.

Geniene Shelly a/k/a Geniene-Buschel Miller has been acting, singing and dancing since she was a child. She appeared in and had leading  roles in numerous  Hollywood Playhouse productions, including Oliver and Oklahoma, Bye Bye Birdie, Meet Me in St. Louis, and Cabaret.

She is a graduate of Dillard High School  for the performing Arts and Barry University. Geniene's life took a spiritual turn and she became the Cantorial Leader at prominent Synagogues in South Florida. She can be heard weekly at Aventura Turnberry  Jewish Center. She leads religious events throughout the country.

ROCKAPELLA CHRISTMAS IS A MUST SEE  EVENT

NOT TO BE MISSED

​
Rockapella first achieved national television fame on PBS's "Where In The World is Carmen Sandiego?" in the early 90's. It has toured the globe and provided a funky powerful soundtrack to several  generations of vocal music fans,while keeping it all fresh along the way.

EVERY ONE WANTS TO SEE IS

NOW AT THE BROWARD CENTER

"Hamilton," an American Musical, sung and rapped through music is about the life of American founding father, Alexander Hamilton, with music, lyrics, and book by Lin-Manuel Miranda, inspired by the 2004 biography of Alexander Hamilton written by Ron Chernow.

The show is an achievement of historical and cultural reimagining.  The costumes and set reflect the period, with velvet frock coats and knee britches. The show revolves around the life of one of the Founding Fathers of America, and how he made his mark in American politics.

Hamilton is a story about America, and the most beautiful thing about it is ....it's told by such a diverse cast with such diverse styles of music,"according to Renee Elise Goldberry, who played Angelica Schuyler. Although Hamilton was based on historical events and people,  Miranda did use some dramatic license  in retelling the story. For example while Angelica did have a strong relationship with Hamilton, it was exaggerated in the show.

Hamilton has been awarded almost every award possible, in every  category, that has ever been awarded for a musical, leaving audiences clamoring for tickets.