Stage Door Theatre’s third production in their new home is an exuberant journey down the yellow brick road! Based on the L. Frank Baum’s classic “The Wonderful Wizard of Oz,” The Whiz is a dazzling mix of rock, gospel, and soul music, and told in the context of African American Culture. The family friendly musical will open at the Lauderhill Performing Arts Center on December 7, 2018 and will run through December 31, 2018.

The winner of seven Tony Awards, including Best Musical, and Five Drama Desk Awards, "The Working on the Wiz Is quite a joy," says Director Lloyd Culbreath who brings years of theatrical experience to the production. “It is soulful, sassy, and brimming with joy!" The show is such a wonderful combination of amazing memorable songs, spectacular dancing and armfuls of heart and love. It offers something for everyone.

Tickets for The Wiz range from $48 to $58 with group rates available by calling the theatre’s  box office at 954-344-7765 located at 3800 N.W. 11th Place, in Lauderhill, in the Central Broward Regional Park on the Northeast corner of Sunrise Blvd. and 441 (State Road 7).  Showtimes are Wednesday, Thursday, Friday, Saturday and Sunday. Evenings at 8 p.m., matinees 2 p.m. For more information call 561-445-9244 or visit online at www.stagedoorfl.org

TO THE BROWARD CENTER

Celtic Thunder is an Irish singing group and stage show known for its electric, theatrical style show. The group is backed by the Celtic Thunder Band on their concert tours, and their live shows are known for the use of dramatic set pieces (often invoking symbols of ancient Celtic mythology), visual effects, and highly choreographed staging.

Since the original group’s formation in 2007, Celtic Thunder has released twelve albums as well as ten live performances on DVD, three of which were split into two releases.

Celtic Thunder was conceived in the mind of producer Sharon Browne, who started the group in 2007. Celtic Thunder debuted in August 2007 at The Helix in Dublin, Ireland. They are accompanied by the Celtic Concert Orchestra under the direction of Phil Coulter, the musical director of the group. In December 2008, 2009, and 2011, Billboard named Celtic Thunder,top World Album Artist. Their first three albums also placed in the top 10 for world albums.

Present members of Celtic Thunder are Neil Byrne, Ryan Kelly, Damian McGinty, and Michael O’ Dwyer who recorded the first Celtic album when he was fourteen years  old. Celtic Thunder opens in the Au-Rene Theatre at the Broward Center on December 14, 2018 at 8 p.m. Tickets range from $38.50 to $123.50, available at Ticketmaster.

Jake Ehrenreich is a vocalist, musician, author and playwright. He is currently featured in the film “The Last Laugh,” alongside Mel Brooks and Carl Reiner. A Brooklyn born child of survivors, he is best known as star and creator of the award-winning show “A Jew Grows In Brooklyn," which broke box office records at the historic Lambs Theatre in the heart of Broadway. Jake has appeared on Broadway in Dancin’, Barnum, They’re Playing Our Song, and toured internationally as Ringo in Beatlemania.

A veteran N.Y. vocalist and musician, Jake has performed and recorded with such diverse artists as Richie Havens, Tito Puente, Greg Allman, and Whitney Houston. His writings appear in Summer Haven, The Catskill, The Holocaust, the Literary Imagination alongside Noble Laureate Isaac Bashevis Singer. A Jew Grows In Brooklyn, The Curious Reflections of a First Generation American is now a best-selling book.

Jake received a Special Congressional Citation and was inducted into the Brooklyn Jewish Hall of Fame in 2016. His new TV variety talk show premiered in November on JBS TV.

Roger Kellaway, Grammy and Academy Award winner, a pianist and composer,  joins Jake for a most unforgettable show on December 16, 2018 at both 3 and 7 p.m. Tickets are $45 and $55 with VIP tickets at $75 at Ticketmaster, which includes premium seating and an autographed CD. For  additional information call 954-462-0222 or visit online at www. aventura.org.

IN TIME FOR  THE HOLIDAY AT

This holiday season discover the perfect gift for everyone on your list. It is a holiday card come to life. Start with a timeless tale of joy and goodwill, fill it with classic Irving Berlin songs, top it off with glorious dancing and lots of snow. This must see classic is a new lavish production.

Irving Berlin’s White Christmas tells the story of two showbiz buddies, formerly old war comrades. They're tasked with staging a winter pageant in a picturesque,but struggling Vermont Inn, owned by their old commanding officer- and find their perfect matches in the bargain.

Will they be able to pull off the ultimate Christmas miracle and save the show? Well yes, with a song and dance team putting on a show in the magical Inn and falling for a stunning sister act in the process. But in this case the fun is in  following them on their marvelous, adventure filled journey!

Irving Berlin's White Christmas is a merry and bright Broadway experience, full of dancing, laughter and some of the greatest songs ever written, including Blue Skies, I Love A Piano, How Deep Is The Ocean, and the iconic favorite -White Christmas.

As warming as apple pie, this uplifting story and its beloved songs of Bing Crosby’s movie White Christmas have been enjoyed by families for generations. Continue the tradition with your family at this exciting live production. 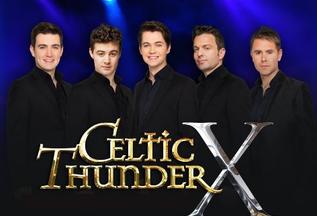 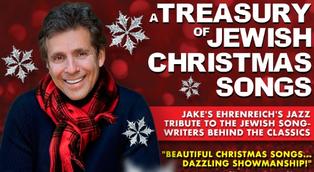 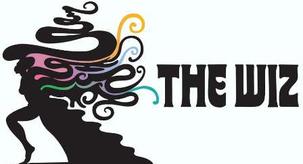 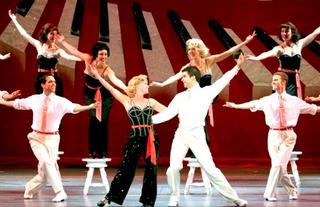