House On Fire is about five people who have made bad choices, who have struck out time and again but have a chance to change the trajectory of their lives. They live on the edge of society, are eccentric and uneducated, and have issues with abandonment. They cover their wounds with vulnerability with a tough veneer, and cope by lying and creating illusions.

Lyle uses magic realism to tell the story; that is, he heightens reality with mystical moments. He truly believes there are miracles to be found in the world.
What gives the play its power is the family dynamic, the relationship between brothers Colman and Dale, and their relationships with their father, known as the Old Man. Despite the anger and mean-spiritedness that repeatedly surfaces, their love for each other is never in doubt.

Both Dale and Colman seek validation from the Old Man, and suspect that it is the inherent need (often unfulfilled) we all have for our families, to grace us with unconditional love, acceptance and support that will resonate deeply with audiences. As an old man and his sons battle for dominance, two strangers appear, and lives are changed in this moving and funny parable of love.

“House On Fire” will open December 7- 2018 at the Don and Ann Brown Theatre, for a limited run thru December 30th. Tickets are $55 to $90 at the Theatre’s box office located at 201 Clematis Street, West Palm Beach. Performances are Wednesday, Thursday, Friday, Saturday and Sunday, at various times. For further information call 561-514-4042. Seating is on a first come first serve basis.

A CHRISTMAS WISH AT THE PARKER PLAYHOUSE

Nine-time Grammy*-winning trumpeter with his long time collaborator and lead vocalist Lani Hall, as the married couple, celebrate the golden age of Christmas with Latin Jazz-tinged arrangements. A 2006 Rock and Roll Hall of Fame inductee, Alpert’s albums have sold more than 72 million copies and 29 of his records have reached the Billboard 200.

Billboard has also listed Alpert as No.7 on their Greatest Of All Time Billboard 200 Artists. He has also seen three of his recordings inducted into the Grammy Hall of Fame: Herb Alpert Presents Sergio Mendes & Brasil ‘66, “The Lonely Bull," and “A Taste of Honey.”

Lani Hall, a two- time Grammy Award-winning vocalist was the lead singer and “voice” of Sergio Mendes’ iconic group, Brasil ‘66. She has the distinction of recording more than 22 albums in 3 different languages : English, Portuguese and Spanish. She is also known for her recordings of the theme song to the 1983 James Bond film, “Never Say Never Again.” The couple have dedicated their lives to funding programs and helping bring creativity to young students and all the arts.


"HAMILTON" THE MOST POPULAR SHOW IN

“Hamilton,” an American Musical, sung and rapped through music is about the life of American Founding Father, Alexander Hamilton, with music, lyrics, and book by Lin-Manuel Miranda, inspired by the 2004 biography of Alexander Hamilton written by Ron Chernow.

The show is an achievement of historical and cultural reimagining. The costumes and set reflect the period, with velvet frock coats and knee britches. The show revolves around the life of one of the Founding Fathers of America, Alexander Hamilton, and how he made his mark in American politics.

Hamilton is a story about America, and the most beautiful thing about it is...."it’s told by such a diverse cast with such a diverse style of music," according to Renee Elise Goldberry, who played Angelica Schuyler.

Although Hamilton was based on historical events and people,Miranda did use some dramatic license in retelling the story. For example, while Angelica Schuyler did have a strong relationship with Hamilton, it was exaggerated in the show.

Hamilton has been awarded almost every award possible, in every category, that has ever been awarded for a musical, leaving audiences clamoring for tickets.

Snowflakes, sugar plums, naughty little boys, and magical dolls! The charm of the Holidays fascinates all audiences, as Arts Ballet Theatre of Florida presents the classic ballet “The Nutcracker” to Tchaikovsky’s popular score, based on the tale of Ernest Hoffman. The critically acclaimed performance, choreographed and directed by renowned Ballet Master Vladimir Issaev.

This enthusiastic ballet company features its team of professional dancers performing the principal roles, as well as a community cast made up of local character artists and children for the party scene.

The engaging choreography-from the fun of the party scene, to the harrowing battle scene to the enchanting kingdom of the sweets -is guaranteed to entertain any age. Not only is it the most popular ballet enjoyed by all audiences around the world during this time of the year, but it also serves as an introduction to ballet for the very young audiences. 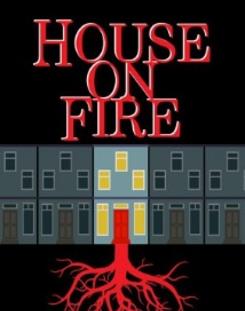 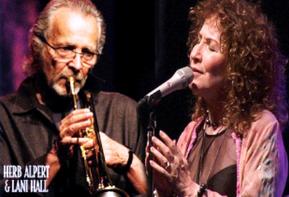 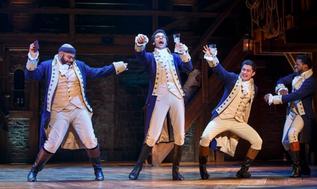 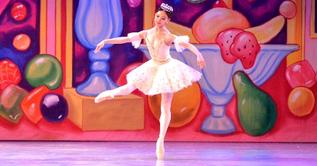