THE KING AND I 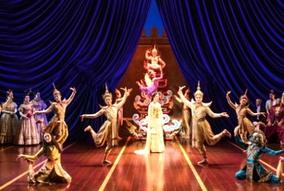 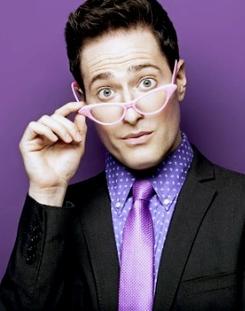 Randy Rainbow (his real name) is a comedian, actor, writer, host and internet sensation best known for his viral comedy videos of political spoofs and song parodies. He has appeared at some of New York City's most popular night spots including 54 Below, Birdland Jazz Club, XL Nightclub and Therapy NYC where his own weekly show ran for two years.

Heard regularly as both a guest and co-host on Sirius XM Radio, he is the creator and star of the long- running Broadway World.Com web series Chewing the Scenery with Randy Rainbow and Last Minute with Randy Rainbow.

Born in Florida, Randy is a blogger and internet celebrity now based in New York. He is most notable for a series of  humorous You Tube viral videos, in which he stages fake phone conversations with famous people by editing real audio clips of those celebrities. He posted his breakout video, “Randy Rainbow is Dating Mel Gibson in 2010. It received more than 60,000 views in one week and has since passed 100,000 views.

Subsequent videos include “Randy Calls Dr. Laura,” “The Morning After Chelsea’s Wedding,” “Dating Mel Gibson,” “Randy Rainbow Kicks It With Kanye West,” and Randy’s cat, Mushi Rainbow, who also plays a prominent role in his videos in addition to many more.

PRODUCTION OF “THE KING AND I”

NOW ON STAGE AT THE BROWARD CENTER

Set in the 1860's Bangkok, the Musical tells the story of newly widowed Anna an adventurous Englishwoman and her son, Louis, set sail from their native England for Bangkok, Siam (now Thailand) who was hired to serve as governess and tutor to King Mongkut’s many children.

Although Anna has had many quarrels with the dictator, considered to be a barbarian by rulers of the West. The King is determined to usher Siam into the modern world, and believes a Western education can be a part of that. Anna is horrified at first by the many traditions he holds dear and struggles to find common ground.

Anna and the King teach each other about under-standing, respect, and love that can transcend the greatest differences. The two eventually fall in love, and her influence on the King helps to democratize the country. This unconventional and tempestuous relationship continues to develop between the King of Siam and Anna Leonowens, the British schoolteacher.

Rodgers and Hammerstein’s The King and I is a moving, radiant story of East meets West, now on stage at the Broward Center’s Au-Rene Theatre and runs to December 2, 2018. Tickets are almost sold out. For availability, showtimes and prices, call the theatre’s box office at 954-462-0222 Avenue, located at 201 S.W. Fifth Avenue, Fort Lauderdale or Ticketmaster. Visit online at www.browardcenter.com

Born and raised on Long Island New York, Pomeranz expressed interest in music from an early age, singing in the synagogue choir, learning how to play the piano, guitar and drums, and writing and recording songs by the age of fourteen.

From 1968 to 1969, he was lead singer for the Ohio-based rock band East Orange Express. When he was nineteen, MCA/Decca signed him to a contract that yielded two albums, New Blues and Time To Fly, when he began to tour the country as the opening act for Rod Stewart, Billy Joel, Three Dog Night and The Doors, among others.

He has recorded ten solo albums, including “BORN FOR YOU,” (MCA Universal). “IT’S IN EVERY ONE,” and “TIME TO FLY.” He has also written songs for the likes of Barry Manilow with renditions of David’s “TRY FEELING AGAIN” and “THE OLD SONG,”

Come and see what audiences have said about his live concert performances. “It’s very difficult to open one’s creative heart and soul before an audience and to project the honesty and emotional sensitivity that Pomeranz possesses.”

Spend an intimate evening, “Up Close,” with Award-Winning Songwriter and recording artist, David Pomeranz. Hailed by Billboard Magazine as one of the finest voices. David’s songs and recordings have sold over 40 million copies worldwide and his concert performances have delighted audiences all over the world.”

This, mixed with a”Crazy Beautiful Night,”and a dose of great stories and humor, make for an entertainment experience you will not want to miss.

WITH THE NUTCRACKER AT AVENTURA CENTER

Snowflakes, sugarplums, naughty little boys, and magical dolls! The charm of the Holidays fascinates all audiences, as Arts Ballet Theatre of Florida presents the classic ballet “The Nutcracker” to Tchaikovsky’s popular score based on the tale of Ernest Hoffman.

The critically acclaimed performance is choreographed and directed by renowned Ballet Master Vladimir Issaev. This enthusiastic ballet company features its team of professional dancers performing the principal roles, as well as a community cast made up of local character artists and children for the party scene.

The engaging choreography-from the fun of the party scene to the harrowing battle scene, to the enchanting kingdom of the sweets,-is guaranteed to entertain any age. Not only is it the most popular ballet enjoyed by all audiences around the world during this time of the year, but it also serves as an introduction to ballet for the very young audiences. 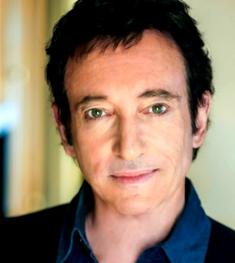