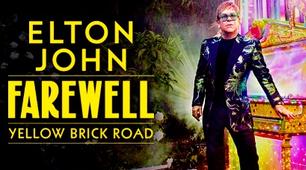 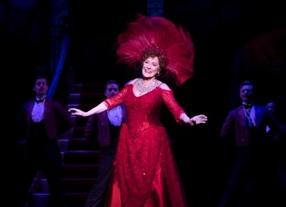 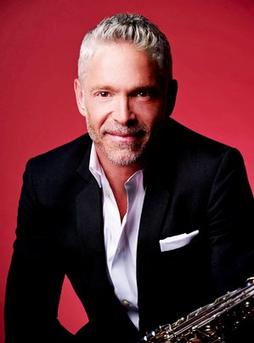 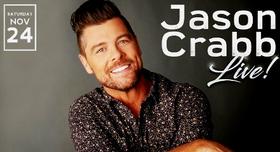 In a career that spans more than three decades, legendary and Grammy winner Koz brings the tour that has received nationwide critical acclaim since its 1997 inception and this year will bring hits from Koz’s respective catalog.

Some say it wouldn’t be Christmas without Santa, but (here), until Dave Koz comes to town it is not Christmas. Dave Koz brings his 21st annual holiday tour to Parker Playhouse with his special guests on Tuesday, November 27, 2018 at 8 p.m.

This year’s lineup marks just the latest in a long line of artists with whom Koz has collaborated over the years, including Burt Bacharach, Ray Charles, Natalie Cole, Celine Dion, Stevie Wonder, Gloria Estefan, and others. Tickets are $43 to $ 83 with $193 VIP Tickets that include a Q &A session and a photograph with Dave Koz.

After more than half a century on the road and an unparalleled career that has defined the cultural landscape, Elton John has announced details of his final tour. Farewell Yellow Brick Road is an on going farewell tour by British musician Elton John. It began in Allentown, Pennsylvania on September 28, 2018. The tour will consist of more than 300 shows around the world.

Jason Crabb is a Christian musician and singer. He has been the lead vocalist for the group The Crabb Family. Crabb was voted “Favorite Male Vocalist” at the first annual Harmony Honors Awards and “Favorite Young Artist” at the 2000 Singing News Fan Awards.

In 2004, he was voted the Gospel Music Male Vocalist of the Year. He has been nominated for many other awards during his career and has won a Grammy and 21 Dove Awards.

Crabb’s electrifying stage presence, powerhouse vocals, and magnetic personality have endeared him to millions across the world-through extensive personal appearances, media coverage, and social media including over 20 million views on You Tube.

Since his first solo release in 2009, Jason Crabb has performed at many of the world’s most prestigious stages such as Carnegie Hall, The Grand Ole Opry, and Billy Graham’s final crusade in NYC. He has also shared the stage with many artists such as Gloria Gaynor, Karl Jobe, Vince Gill, Wynonna and many others. His latest release, "Unexpected," was released April 20, 2018.

Bring the entire family to this fascinating event on November 24, 2018 at 6 p.m. The Lauderhill Stage Door Theatre is located at 3800 N.W. 11th Place, in Lauderhill, in the Central Broward Regional Park. Tickets are $48 at the theatre’s box office. For all other information call 954-777-2055.

WILL BEGIN PERFORMANCES AT THE ARSHT CENTER

“Well Hello Dolly!, It’s So Nice To Have You Back Where You Belong,” and that’s how it is, when Tony Award-Winning Broadway legend Betty Buckley stars in HELLO DOLLY!-the universally acclaimed smash hit of the year. Revival director Jerry Zaks’ gorgeous new production is making people crazy happy!

Betty Buckley,( Dolly Gallagher Levi), is called “The Voice of Broadway." The Broadway legend, known as a multi-award-winning performer, joins the cavalcade of legends.

She has also received an Achievement award, given by The Actors Fund. Her Broadway credits include many Tony Awards for her performances in prominent top award winning shows. Betty Buckley stars in the first national tour of Hello Dolly!- the Tony Award winning Best Musical Revival.The tour opens at the Arsht Center on November 20th, and runs thru the 25th, 2018.