Charlotte’s Web is regarded as the classic account of friendship, trust, and sacrifice. The bond between Wilbur the pig and Charlotte the spider sets the pace for this hear warming story. Wilbur, a naive youthful pig, is the runt of the litter who has a big heart. Wilbur has a major problem. He is doomed for slaughter, and only a miracle can save him. The friendship between Wilbur and Charlotte is so strong, that Charlotte assures him that she will save him by spinning words in her web, in an effort to convince the farmer that “Wilbur is a pig worth saving.”

The story tells how a very small pig finds that the most powerful source in the world is bravery in addition to selfless love and the true meaning of friendship. This exciting musical version of Charlotte’s Web brings a new dimension to E. B. White’s beloved classic, with a thrilling musical score that includes several enchanting and humorous, toe-tapping songs in addition to a duet between Wilbur and his new found companion, Charlotte.

Tickets are $7.20 now on sale for Charlotte’s Web including $3 lap seats for infants less than one year old, for the November 7, 2018 performance at Parker Playhouse located at 707 N. E. Eighth Street, Fort Lauderdale. Purchase through Ticketmaster or call 954-462-0222 for information.

Neil Berg’s “100 Years Of Broadway," recreates the greatest moments from the finest shows of the century featuring the stars from “The Phantom of the Opera,” Les Misérables,” “Cats,” “Jesus Christ Superstar,”and “Jekyll & Hyde.” Neil Berg presents brilliantly revived arrangements of Broadway classics as well as thrilling numbers from the newest hit productions.

Neil Berg is the composer and lyricist of the hit off-Broadway musical, “The Prince and the Pauper,” which ran for two years at the Lamb’s Theatre in New York City, as well as the composer for the Broadway bound musical “Grumpy Old Men,.” based on the hit film. Two of Berg’s musicals have been selected for the prestigious New York Musical Theatre Festival- “The Man Who Would Be King,” a musical realization of Rudyard Kipling’s novella, and “Tim and Scrooge,” a sequel to “A Christmas Carol.” Berg is also working on a new rock opera about The Apostles, ‘The 12,”

“One Hundred Years of Broadway,” features the incredible voices of Craig Schulman, Natalie Toro, Danny Zolli, William Michals and Rita Harvey. Tickets are now on sale for the November 8, 2018   performance at 8 p.m. Tickets are $35, $50 and $65 at Ticketmaster,. Online at www.ticketmaster.com or charge by phone at 800-745-3000. For more information call the box office at 954-327-ROCK located at 1 Seminole Way on State Road 7, in Hollywood.

EXCEPTIONAL HUMOR TO THE AVENTURA CENTER

Reading through his resume, you'll see Bobby has performed in hundreds of theatres and venues, hosted VH1's Stand-up Spotlight, acted in television and movies, and authored a best-selling book. He’s a popular Keynote for Fortune 500 Corporate events, been on day and night talk shows, & appeared at charity events.

He’s garnered a Grammy nomination, and has toured with titans of entertainment; Frank Sinatra, Cher, Julio Iglesias and Dolly Parton.  He’s worked alongside Chris Rock, Ray Romano and Drew Carey, as well as other contemporary comedians. His resume accurately tells you what he does. However, it cannot fully convey who he is!

Bobby is a funny guy......a very funny guy! Born in Queens, Bobby is a proud, tried and true tribesman of New York City. His loyal fans affectionately greet him with a rousing BOBBBYYY, wherever he goes. He instantly builds a rapport with pretty much anyone. Just ask his childhood friends, any airline employee, in almost every state in the country, or the President of the United States.

This instant connection is especially evident with his audiences... regardless of age, race, religion, gender or social economics. Bobby is a storyteller who inherently believes we are all the same.

Along with his special gift of being able to recognize the humor in life’s day-to-day situations, his observations of people and the craziness of life’s journey, he effortlessly elicits laughter which makes him so unique.Bobby Collins is the guy everyone loves. He’s a circus and charming, but most of all, a funny man. Tickets are $38 to $43, now on sale for the November 10, 2018, 8 p.m performance at Ticketmaster or theatre box office located at 3385 N. E. 188 Street, in Aventura.

“La Boheme” means Bohemian. Around 1830, in Paris, France, there were  a lot of prospective artists who but poor, were happy. Giacomo Puccini described their ordinary life in his opera. When Puccini was in his twenties, he went to Milan from his hometown, Lucca, where he studied so hard, it is heard that Puccini became very attached to this opera.

The opera opens around the same time in Paris, with four Bohemians, the poet Rodolfo, the painter Marcello, the musician, Schaunard, and the philosopher, Colline who are living in, an old attic, and who were very poor. On the night of Christmas Eve, they all intended to go to a bar, except Rodolfo, who needed to finish the poem he was writing, but would join them later.

Meanwhile, a neighbor, Mimi, knocks on his door, and asks him to light a candle for her. At the same time, Rodolfo’s candle goes out as well. At that very moment Mimi drops her key. When the two search for it in the dark, they touch each other’s hand and fall in love.

The scene in which Rodolfo and Mimi fall in love, is the most famous for opera goers. When the two search for the house key in the dark, Rodolfo finds and conceals it in his pocket. He continues to search for it pretending he hasn’t found it.

As he touches Mimi’s hand, Rodolfo sings his aria, “Che gelida manina" (‘’What a cold little hand”). Following his aria, Mimi sings her aria, “Si, mi chiamano Mimi" (“Yes, they call me Mimi”). They fall in love from that moment that they sing their only two arias. The last scene of the opera will certainly move the audience, who will be fascinated by Puccini’s magical music. 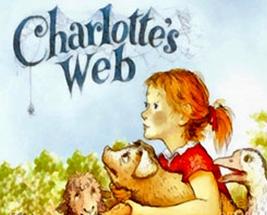 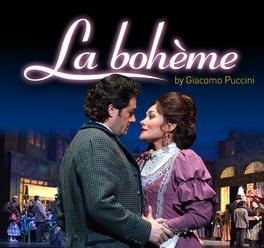 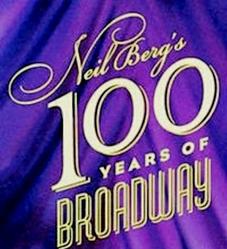 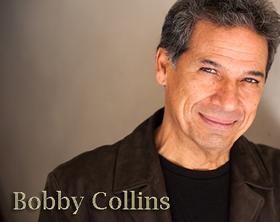