“La Boheme” means Bohemian. Around 1830, in Paris, France, there was a lot of prospective artists who but poor, were happy. Giacomo Puccini described their ordinary life in his opera. When Puccini was in his twenties, he went to Milan from his hometown, Lucca, where he studied so hard, it is heard that Puccini became very attached to this opera.

The opera opens around the same time in Paris, with four Bohemians, the poet Rodolfo, the painter Marcello, the musician Schaunard, and the philosopher Colline who are living in an old attic, who were very poor. On the night of Christmas Eve, they all intended to go to a bar, except Rodolfo, who needed to finish the poem he was writing, but would join them later.

Meanwhile, a neighbor, Mimi knocks on his door, and asks him to light a candle for her. At the same time, Rodolfo’s candle goes out as well. At that very moment Mimi drops her key. When the two search for it in the dark, they touch each other’s hand and fall in love.

The scene in which Rodolfo and Mimi fall in love, is the most famous for opera goers. When the two search for the house key in the dark, Rodolfo finds and conceals it in his pocket. He continues to search for it, pretending he hasn’t found it.

As he touches Mimi’s hand, Rodolfo sings his aria, “Che gelida manina," (What a cold little hand). Following his aria, Mimi sings her aria, “Si, mi chiamano. Mimi," (Yes, they call me Mimi). They fall in love from that moment that they sing their only two arias.

The last scene of the opera will certainly move the audience who will be fascinated by Puccini’s magical music, opening November 15 and 17, 2018 at 7:30 p.m. in the Au-Rene-Theatre at the Broward Center, located at 201 S.W. 5th Avenue, Fort Lauderdale. Tickets $21 to $200 are available at Ticketmaster or the Broward Center box office. For all other information call 954-462-0222. Online visit BrowardCenter.org

Rock Of Ages is a jukebox musical built around classic rock songs from the 1980's, especially from the famous metal bands of that decade. The musical features songs from Styx, Journey, Bon Jovi, Pat Benatar, Twisted Sister, Steve Perry, Poison, and Europe, among other well-known rock bands. The original Broadway production ran for 2,328 performances, known as the longest running show in Broadway history.

Lonny Barnett, who serves as the show’s narrator, sets up the story: In 1987, an aspiring rocker named Drew Boley works as a busboy in the Hollywood bar/club called the Bourbon Room, owned by Dennis Dupree and assisted by Lonny. He falls instantly for a girl, Sherrie Christian, who just arrived from Paola, Kansas, hoping to make it big in acting. Drew convinces Dennis to hire Sherrie as a waitress.

A pair of German developers, Hertz Klinemann and his son Franz, persuade the city’s mayor to abandon the “sex, drugs, and rock-n-roll" lifestyle of the Sunset Strip and introduce “clean living” into the area, much to the anger of the City Planner. When Dennis learns that part of the plan involves demolishing the Bourbon room they take matters into their own hands, while Drew embraces his inner rock god.

It’s dirty, it’s unapologetic-it’s a coming of age tale with the kind of swagger that’ll turn your parents hair grey! It is the power-ballad decade in all its glory and the kind of operatic ecstasy you only read about. Rock Of Ages opens at the Kravis Center November 6 through the 11, 2018. Evenings at 8 p.m., matinees 2 p.m. Tickets are $45-$82 at Ticketmaster. For more information call the Centers box office at 561-832-7469.

TO PERFORM AT PARKER PLAYHOUSE

For Zoso, it’s much more than just being a tribute. It’s about touching a golden era in music. Each band member has been carefully selected to portray both the appearance and playing style of their Led Zeppelin counterparts. In eighteen successful years of touring, they have perfected their art. As one of the longest tenured Zeppelin tributes, Zoso’s 2400 live shows around the world have established them as the most traveled and successful band in the business.

Zoso’s live shows are not about simply playing the right notes, they are about aura and feeling. The impact is so powerful that band members constantly hear from young rockers that they were the catalyst behind turning them into new, die-hard Zeppelin fans. Take this opportunity to experience the most exciting tribute band in existence. Tickets are $40- $50 and up, at the box office for the November 18, 2018, 8 p.m. performance,  located at 707 N. E. Eighth Street, Fort Lauderdale. Call 954-462-0222 for more  information.

AVENTURA CENTER TO PRESENT THE CARPENTERS

Who can forget the incomparable music of the Carpenters? The popular brother and sister duo of the 70's and 80's gave us some of the most unforgettable, and melodic pop songs of all time. This Carpenter Tribute Band brings the most authentic version of the Carpenters' music  to the stage. No doubt, audiences will be singing along  as they perform hits such as "Close To You," "We've Only Just Begun," "Rainy Days and Mondays,"  " Please Mr. Postman," and "Yesterday Once More," to name a few.

Debbie captures the warm tones and contralto range that made Karen's voice so unique. Sit back and enjoy as Debbie and her band take you on a nostalgic  journey On Top Of The World, through the Carpenters' greatest hits,  while sharing some of the backstories  behind the music.

The Carpenters were an American vocal, and instrumental duo of Karen and Richard Carpenter. They produced a distinct style, combining Karen's contralto vocals with Richard's  arranging and composition skills. During their 14-year career, the Carpenters recorded ten albums, along with numerous singles and several television specials. They became leading sellers in soft rock. 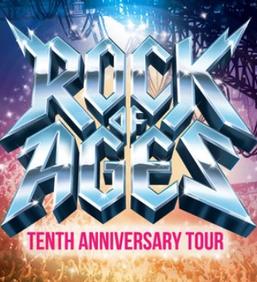 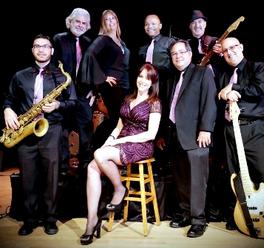 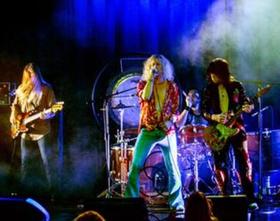