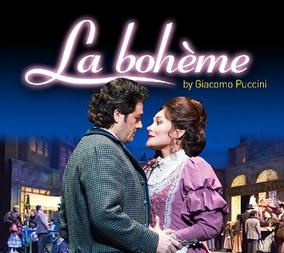 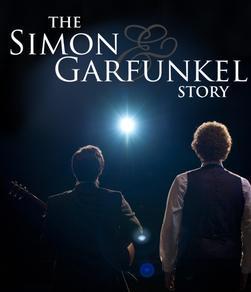 NOW AT THE STAGE DOOR THEATRE’S

Dirty Rotten Scoundrels is based on the popular 1988 MGM film, takes us to the French Riviera for high jinx and hilarity. Sophisticated suave with a good dash of mischief, this hysterical comedy features a delightfully jazzy score by David Yazbek(The Full Monty) and was nominated for a staggering eleven Tony Awards.

Lawrence Jameson makes his lavish living by talking rich ladies out of their money. Freddie Benson more humbly swindles women by waking their compassion with fabricated stories about his grandfather’s failing health. After meeting on a train, they attempt to work together, only to find that their small town isn’t big enough for both of them. They agree on a settlement- the first to extract $50,000 from their mutual target, young heiress Christine Colgate, wins and the other must leave town.

Sophisticated, suave and with a good dash of mischief, this thoroughly entertaining musical features a delightfully jazzy score. “Dirty Rotten Scoundrels is now on stage and will run to November 4, 2018 at the Lauderhill Performing Arts Center, located at 3800 NW 11th Place, Lauderhill, in the Central Broward Regional Park on the North East corner of Sunrise Boulevard, and 441(State Road 7).Tickets for Dirty Rotten Scoundrels and for all Stage Door productions remain at $48 and may be purchased at the box office, in person, or call 954-344-7765.  Visit

AT THE PEMBROKE  PINES  THEATRE

OF THE PERFORMING ARTS

Based on the stories of Dr. Seuss and one of the most performed shows in America, Seussical is a fantastical, magical, musical extravaganza! Tony winners Lynn Ahrens and Stephen Flaherty have lovingly brought to life our favorite Dr. Seuss characters in this production for all ages. The works of Dr. Seuss weaves together his most famous tales and characters from at least fifteen of his books.

The show follows the adventures of Horton, an elephant who one day hears voices, coming from a speck of dust. He soon discovers that within this tiny speck exists the smallest planet in the universe! On this tiny planet live a tiny race of creatures known as Whos. Although ridiculed by the other animals in the Jungle of Nool for believing in something you cannot see, Horton stubbornly persists in his belief that the Whos exist.

Traveling everywhere from the Jungle of Nool to McEligott’s Pool, some of the characters fall in love , some have desperate adventures, and some even save the world. Seussical is a sung-through musical which means that the entire show is comprised of music. There is very little “speaking,” and most of the lines and dialogues are sung.

Lead roles are: Cat in the Hat-A spunky, fun- loving narrator of the show who leads Jojo into an adventurous world and serves as his guide. Horton the Elephant -A sweet and kind creature who tries to protect all of the Whos. Tojo- A young boy from Whoville whose thoughts often get him in trouble. Gertrude McFuzz- An adorable bird-girl who is in love with Horton and very conscious of her one-feathered tail, and Mayzie La Bird- lively and energetic bird-girl who has the biggest tail of them all! She is sassy and bold, in addition to Kangaroos & Monkeys.

“La Boheme” means Bohemian. Around 1830, in Paris, France, there was a lot of prospective artists, though poor, were happy. Giacomo Puccini described their ordinary life in his opera. When Puccini was in his twenties, he went to Milan from his hometown, Lucca, where he studied so hard, it is said, that Puccini became very attached to this opera.

The opera opens around the same time in Paris, with four Bohemians, the poet Rodolfo, the painter Marcello, the musician Schaunard, and the philosopher Colline who are living in an old attic, who were very poor. On the night of Christmas Eve, they all intended to go to a bar, except Rodolfo, who needed to finish the poem he was writing, but would join them later.

Meanwhile, a neighbor, Mimi, knocks on his door, and asks him to light a candle for her. At the same time, Rodolfo’s candle goes out, as well. At that very moment... Mimi drops her key. When the two search for it in the dark, they touch each other’s hand and fall in love.

The scene in which Rodolfo and Mimi fall in love, is the most famous for opera-goers. When the two search for the house key in the dark, Rodolfo finds and conceals it in his pocket. He continues to search for it, pretending he hasn’t found it. As he touches Mimi’s hand, Rodolfo sings his aria, “Che gelida manina” (What a cold little hand). Following his aria, Mimi sings her aria, “Si, mi chiamano Mimi” (Yes, they call me Mimi).

They fall in love from that moment that they sing their only two arias. The last scene of the opera will certainly move and fascinate the audience with Puccini’s magical music.


THE SUCCESSFUL WORLD WIDE TOUR OF

IS COMING TO THE PARKER PLAYHOUSE

This current international tribute tour which began its run earlier this year, was originated by Dean Elliot, who portrays Paul Simon.  He is accompanied by David Tudor, who creates the sound of Art Garfunkel’s vocals. Together, their tribute to Paul and Art capture their phrasing and their original sound, amazingly like the original renditions.

The story of the Simon and Garfunkel partnership began in 1960 and their music continued to be popular through an entire generation. Their harmonies provided a cultural soundtrack that was popular for that era, such as their album “Bridge Over Troubled Water,” which became one of the largest selling albums.

Opening the show with one of their most popular renditions of the song, “The Sound Of Silence,” Dean Elliot and David Tudor continue their performance with such hits as “Mrs. Robinson,” “Bridge Over Troubled Water,” “Bookends,” and “Parsley, Sage, Rosemary and Thyme.”

During the show, the duo continues to address the audience discussing Simon and Garfunkel’s career from the time they were kid rock’n’rollers, during the late 1950's, through their Central Park reunion. The successful SOLD OUT Worldwide tour receives standing ovations at each performance and is coming to the Parker Playhouse October 26, 2018 at 8 p.m. Tickets are $40-$50 and up, at the box office or Ticketmaster. For more information call 954-462-0222. Visit online at www.parkerplayhouse.com. 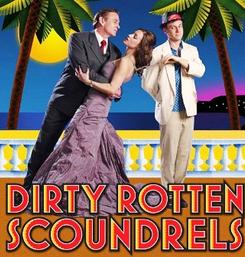 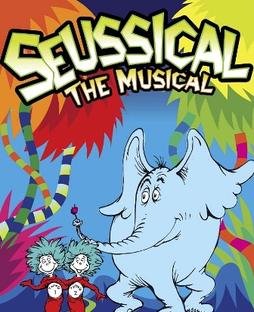