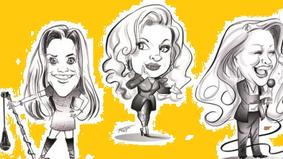 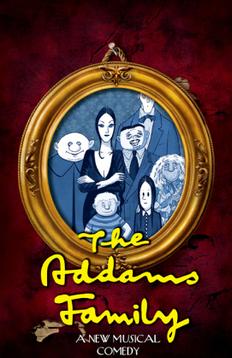 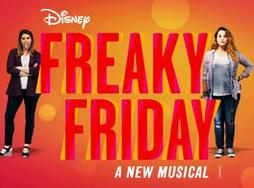 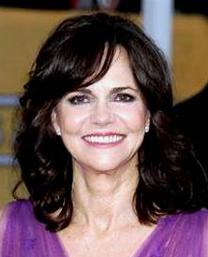 SPEND AN EVENING WITH SALLY FIELD AT THE

The Arsht Center is proud to present An Evening With Sally Field. The legendary award-winning actress, will discuss her forth coming book “In Pieces,” at the Knight Center Hall on October 22, 2018 at 7:30 p.m.

In this intimate, haunting literary memoir, Sally Field tells her story for the first time -and in her own wonderful words- about a challenging and lonely childhood, the craft that helped her find her voice, and a powerful emotional legacy that shaped her journey as a daughter, and a mother.

One of the most celebrated, beloved, and enduring actresses of our time, Sally Field has an infectious charm that has captivated the nation for more than five decades, beginning with her first TV role at the age of seventeen.

From Gidget’s sweet -faced “girl next door,” to the dazzling complexity of Sybil, to the Academy Award -worthy ferocity and depth of Norma Rae and Mary Todd Lincoln, Field has stunned audiences time and time again with her artistic range, and emotional acuity.

Yet there is one character who always remained hidden: the shy and anxious little girl within.  Sally Field is a two-time Academy Award and three-time Emmy Award winning actress, who has portrayed dozens of iconic roles on both the large and small screens. In 2012 she was inducted into the American Academy of Arts and Sciences.

Tickets to An Evening With Sally Field are $46, now available through the Arsht Center box office located at 1300 Biscayne Blvd., Miami.  Tickets include an autographed copy of her memoir “In Pieces.” For all other information call 305-949-6722 or visit online at arshtcenter.org.

Freaky Friday is a comedic Children’s story, taken from the novel written by Mary Rodgers, published in 1972. The story features one day that 13 year- old Annabel Andrews and her mother spend in each other’s bodies. Thus, it may be considered a modern retelling of Vice Versa: A Lesson

protagonists are a father and son.

A willful, disorganized teenage girl, Annabel Andrew, awakens one Friday morning to find herself in the body of her mother, with whom she has argued the previous night. Suddenly, she's in charge of taking care of the New York family’s affairs, and her younger brother Ben, (whom Annabel has unaffectionately nicknamed “Ape Face)”and said “He’s so neat, it’s revolting!”

She grows increasingly worried about the disappear-ance of “Annabel,”who appeared to be herself in the morning, but has gone missing, after leaving the Andrew’s home, so she enlists the help of her neighbor and childhood friend, Boris, though without telling him about her identity crisis.

BRINGING THEIR TOUR TO THE AVENTURA CENTER

What happens when you put three of the most talented women in stand-up comedy together and then take away the one thing that helped each of them cope with kids, relationships, divorce, mortgages, life, etc.? You get these “Three Hysterical Broads Off Their Medication,” a stand-up show that will give you an inside look at the comedic minds of these three most hysterical women to ever hit the stage: Sheba Mason, Valerie Storm and Vanessa Hollingshead. Audiences will go wild it is so fabulously funny.

Although it’s only the beginning of October 2018...it certainly is not too early to order your tickets now as these tickets will be selling out fast. Three Hysterical Broads...Off Their Medication, is coming to the Aventura Center on Saturday night, October 20, 2018 at 8 p.m. Tickets are $29 to $43 at Ticketmaster and online at the Center’s box office at aventuracenter.org., located at 3385 N. E. 188 Street, Aventura. For all additional information call 954-462-0222 or 877-311-7469. Group sales call 954-660-6307.
*This show is not suitable for children. Contains adult language for mature audiences only.

AT THE CREST THEATRE

The Addams Family has been around for a little over 80 years, whether in cartoon form, on television, or in film. Even though they have a zombie for a butler, a cousin covered in hair, and a dismembered hand in a box named “Thing,” they are actually quite relatable. If we look closely enough at our own families... ,we’ve got at least one “Addams” somewhere along the line.

We love THE ADDAMS FAMILY because they embrace their strangeness, which we should all do, within the most “normal" of circumstances. Tickets are $35 to $45. Student and group rates are also available. Tickets may now be purchased at the Crest Theatre box office at 561-243-7922 or online at entractetheatrix.com. The Crest Theatre@Old School Square is located at 51 North Swinton Avenue, Delray Beach.
​