SAVE THE DATE FOR THE FIRST PERFORMANCE

AT THE HISTORIC FILLMORE

Justin Rafael Quiles Rivera, known professionally as Justin Quiles, is an American reggaeton singer of Puerto Rican decent, who will be performing at the Fillmore Jackie Gleason Theatre, on Saturday, October 20, 2018, at 8 p.m.

Besides writing his own songs, Quiles has written for his colleagues, most notably “Pierde Los Modales,” “Take It Off,” “Recuerdamé,” as well as “Loba,” and “Mi Nena.”

Since August 2013, Quiles has been signed to recording label, Rich Music, based in Miami. His fist single was the song “Orguillo,” and a remix featuring the Colombian singer J Balvin, which became a Top 20 hit on the Billboard Latin Rhythm Airplay chart.

February 2017, Rich Music and Quiles signed a distribution deal with Warner Music’s Latin division and he released the song “Crecia,” “Bad Bunny” “Almighty,” and many others.

Tickets are now on sale from $48 to $68 and up, at Ticketmaster. The Fillmore Jackie Gleason Theatre is located at 1700 Washington Avenue, Miami Beach.

Arts Ballet of Florida opens the season with a renewed production of Igor Stravinsky’s brilliant score of Firebird, choreographed by Vladimir Issaev. The ballet tells the tale of a magical firebird that helps a heroic prince rescue a beautiful princess from evil, and is based on a Russian fairy tale. The Firebird was first performed by the Ballets Russes in Paris in 1910.

Spectre de la Rose is about a young woman who dreams of dancing with the spirit of a souvenir rose from her first ball, based on a poem by Theophile Gauzier. Firebird Pentimento, choreographed by Vincente Nebrada to excerpts of Johann Sebastian Bach’s Four Suites for Orchestra, is a bold, and abstract work that has the look of a vibrant oil painting. The piece develops through layers of movement, color, light and costuming.

"DRACULA” TO BE PREMIERED AT ARSHT CENTER

Early this summer, McKeever began writing his version of “Dracula,” which will present a world premiere on October 11-28, 2018 by Miami Theatre Company Zoetic Stage in the Carnival Studio at the Arsht Center for the Performing Arts. What he came up with is a feminist take on the 1897 novel, one in which the women are awakened. He thought, “What if we made them real, contemporary, strong, able to stand up for themselves?” McKeever says, looking at the story through that prism, it made it much more interesting. For example, the vampire hunter Professor Van Helsing, instead of being an old white man, is instead, a strong black woman. It gave me a definite point of view in addressing the material.

It’s 1897, Jonathan Harker and his fiancée, Mina Murray, are welcoming Count Dracula from Transylvania. From that point, nothing is what you’d expect it to be. Using Bram Stoker’s novel as a starting point, McKeever has reinvented the gothic horror tale with a feminist point of view and created female characters that not only stand up to the title character, but eventually overcome him.

Breaking the mold of what a Victorian “lady” should be, the women in this DRACULA are strong, determined and unwilling to play victim to any predator. A very modern take on a classic story.

Julia’s high-octane machine gun delivery, combined with her hilarious, groundbreaking and thought-provoking views on most everything, has ignited a buzz across the country. Julia was a quarter-finalist and fan favorite on season 11 of America’s Got Talent NBC 2016 and a judge’s favorite with Simon Cowell saying “you genuinely made me laugh. “Reminding us how to laugh, people of all ages and all persuasions just can’t get enough of this ‘Crazy Old Lady of Comedy.” Her current CD Hello Boys..... I’m Back! is till hot and climbing.

Julia is a nationally known comedian, former teacher, author, speaker. Originally from Fairview, New Jersey, she toured the country, appearing at venues all over the U S and Canada, both as a headliner in comedy clubs and has appeared with such artists as Lou Rawls, Chicago, Frankie Valli and The Four Seasons. Julia has appeared on numerous television and radio shows. Today you can find Julia performing at comedy clubs and theaters around the world. 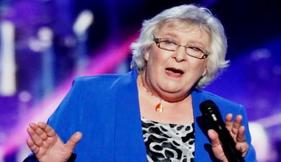 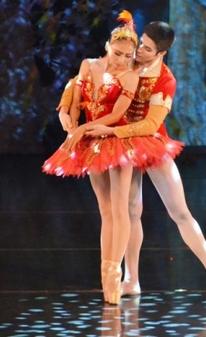 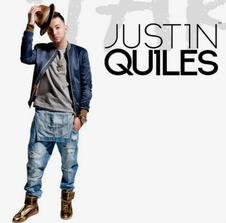