“MY WAY” A MUSICAL TRIBUTE TO

A Musical Tribute to Frank Sinatra is a musical revue, including talented singers and features 56 songs recorded by “Old Blue Eyes.” Frank Sinatra’s ability to interpret a song defined an American generation. Now Ol' Blue Eyes lives again in “My Way” at the Kravis Center for the Performing Arts.  A nostalgic sing-and-dance revue, My Way celebrates the pivotal moments in Sinatra’s iconic life.

From the swinging 40s to the bright lights of the 60s at Vegas to his firm lock on legend status in the 90s, this soaring tribute incorporates songs from across the Chairman of the Board’s musical career.  These include memorable hits like “Strangers in the Night,” “I’ve Got You Under My Skin,” “Fly Me to the Moon,” “All Of Me,” “I’ll Be Seeing You,” “The Lady is a Tramp,” “ My Way,” and of course “New York.

While the sight and sound of youthful Frank resulted in scores of young women tending to swoon, over his wonderfully resonant baritone voice. “My Way” stirs memories through many a romantic ballad, all so effective of the great Sinatra.

Seminole Casino Coconut Creek will host Veterans of Saturday Night Live Robert Schneider, Darrell Hammond, Chris Kattan, and Finesse Mitchell in The Pavilion on September 27, 2018 at 8 p.m. Tickets are priced at $40 -$60 up to $200 are now on sale through Ticketmaster at 800-653-8000 and the Casino’s Pavilion box office www.seminolecoconutcreek.com located at 5550 N.W. 40th Street, Coconut Creek.

Schneider is well known or his trademark blend of character and comedic acting, and has become one of the most popular touring acts in comedy. He created and stars in the Netflix docu-series “Real Rob,” which focuses on the day-to-day hijinks of his life. The series marks the first time any actor has ever written, produced, starred in, directed and financed an entire season of a television show.

Mitchell is best known for his three-year run on SNL, creating hilarious characters like “Starrkeisha” and Jay Leno, Late Night with host Jimmy Fallon and Seth Meyers, and starred in the hit urban movie, “Who’s Your Caddy.” He taped a one-hour special at the Alex Theatre, Los Angeles, to be released soon.

Hammond, a native of Melbourne, Florida is known for being one of the most prolific comedians of his time. He holds the title for being the longest running cast member on SNL and frequently tours comedy clubs and theaters boasting a number of impressions in his act.

Kattan is one of the longest serving cast members on SNL. In the eight years he has starred in the landmark lat night program, he’s become best known for his characters “Mango,” “Mr. Peepers,” and one of the “Butabi Brothers,” opposite Will Farell, which was such a hit that the sketch was adopted into the 1998 cult classic “Night at the Roxbury.”

Named “One of the 100 Greatest Stand-Up Comedians of All Time” by Comedy Central, Louie Anderson will perform in the Amaturo Theatre at the Broward Center on Saturday, September 29, 2018 at 8p.m. One of the country’s most recognized and adored comics, the three-time Emmy Award winner, delivers his inimitable brand of humor and warmth as he shares the ups and downs of his life experiences.

In a recent interview in the Pittsburgh Post Gazette, Anderson described his current shows saying, “I talk all the F words: fat, family, father, mother...I call on all these topics people know about and make the show feel current and it relates to the my audience.

Anderson has been the star of his own stand-up comedy specials on Showtime, HBO and CMT. In his most recent standup special, Big Underwear, he plays on the challenges of getting healthy, life on the road, dealing with technology and how we all eventually become our parents.

His long-running Saturday morning animated series based on his childhood, Life with Louie, won three Humanitas Prizes for writing on a children’s animated series, making him the only three-time recipient of this award. His recent book, Hey Mom, pays tribute to his mother, who he has channeled  in his stand-up routine for decades.

Arts Ballet Of Florida opens the season with a renewed production of Igor Stravinsky’s brilliant score of Firebird, choreographed by Vladimir Issaev. The ballet tells the tale of a magical firebird that helps a heroic prince rescue a beautiful princess from evil, and is based on a Russian fairy tale. The Firebird was first performed by the Ballets Russes, in Paris, in 1910.

Le Spectre de la Rose is about a young woman who dreams of dancing with the spirit of a souvenir rose from her first ball, based on a poem by Theophile Gautier.

Pentimento, choreographed by Vicente Nebrada, to excerpts of Johann Sebastian Bach’s Four Suites for Orchestra, is a bold, and abstract work that has the look of a vibrant oil painting. The piece develops through layers of movement, color, light and costuming. 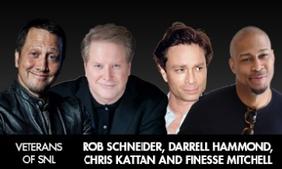 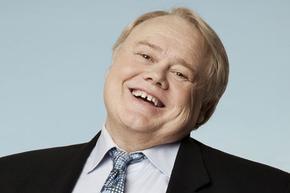 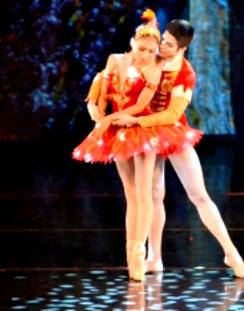 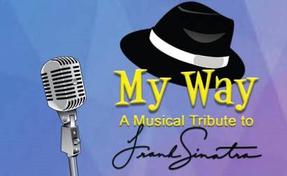