Rock Singer and musician Sammy Hagar is the former lead singer of the iconic rock band,Van Halen.  After leaving and joining a stream of bands, Hager found some early fame as the frontman of the group Montrose in the early 1970's. Following a successful solo run, Hagar joined Van Halen in 1985, and over the next decade the revamped band recorded four No.1 albums.

After the next three decades, Hagar achieved considerable success, recording a total of eight albums. His last three solo records, “Standing Hampton,” “Three Lock Box” and “V.O.A.” went platinum, gold and platinum, respectfully.  From his V.O.A album, Hagar released what is arguably the most successful solo single, "I Can’t Drive 55.”

Sammy Hagar, whose nick name is “The Red Rocker,” was invited by Eddie Van Halen and the three remaining members of Van Halen to replace the band’s original lead singer, David Lee Roth. Already considered one of rock’s biggest bands, the group recharged with Samuel Roy  Hagar as its new frontman, and over the next 11 years, recorded four popular albums: 5150, OU812, and Balance. In addition, Hagar has continued his solo work with releases such as,“Sammy Hagar & Friends,” and “Lite Roast,” in 2014.

Born in Queens, New York, Lucia was introduced to the arts at the tender age of  three,  diligently practicing dance, piano, and violin.  It didn’t take long for Lucia to discover her passion and greatest talent was the violin, which quickly became her main focus.

After moving to Hawaii at the age of five, she continued to refine her skills on the violin with teachers, Kathryn Luckten-berg and Sheryl Shohet, and only after one year later at the age of six, Lucia made her debut as a soloist with the Honolulu Symphony Orchestra. Soon after, she began appearing on local television shows and concertizing throughout the Islands.

At age eleven, Lucia was accepted into the prestigious Juilliard School of Music’s Pre-College Division. She studied with the renowned violin scholar and teacher Dorothy De Lay, and also took lessons with Yitzhak Perlman, Cho-Liang Lin, and Won-BinYim. Within a year, she was playing against some of the world’s most gifted prodigies.

She won the Pre-College Concerto Competition and settled into a routine that would combine instruction with concert appearances at the Hollywood Bowl, Lincoln Center, and other prominent international venues. At seventeen, she left to attend the Manhattan School of Music, where she studied with Pinchas Zuckerman. In the last ten years, Lucia’s profile has continued to soar.

Jerry Seinfeld is best known for his starring role in the hit television sitcom “Seinfeld.”  He made his stand-up debut at an open mic night in 1976 and appeared on The Tonight Show in 1981. After starring in his own television special in 1987, he developed the sitcom “Seinfeld” for NBC with fellow comedian Larry David. The show ran for 9 seasons and was the highest-rated show in the United States when the final episode aired in 1998. He later created the reality show “The Marriage Ref” and the interview series, "Comedians In Cars Getting Coffee.”

Seinfeld’s interest in comedy was sparked at an early age through the influence of his father, a sign maker who was also a closet comedian. By age eight, Seinfeld was putting himself through a rigorous comic training, watching television day and night to study the techniques of comedians.

Over the years, he developed a unique style of comedy that centered on his wry observations on life’s mundanities.  The show reached unprecedented levels of popular and critical acclaim, and many of its catchphrases and plot elements became part of the cultural lexicon. Over the years, he has talked with such comedy stars as Chris Rock, Louis C. K., Tina Fey and Amy Schumer.

AT DANIA BEACH WITH “GIRLS R A TRIP”

Marvin  Dixon was born in Evanston Illinois, and raised in Miami, Florida; Now he commutes between Atlanta and Miami. He has been performing and hosting comedy since 1994. Since doing comedy he has appeared on HBO Def Comedy Jam, BET  Comic View, and most recently “The Tom Joiner Skyy Show.”

He has also appeared in numerous videos and movies (Trois 11-Pandora’s Box and Bloodline).  He has a DVD comedy series which he hosted, called “The Young Gunz  of Comedy.” He is also a former radio morning show host on one of the hottest radio stations in Miami.

He hosts and performs on many main event stage shows including Zo’s Summer Grove and The Ray Lewis Foundation Annual Event ( Ray’s Summer Days). Not only is Marvin a great comedian, he is also a great promoter. His annual Event is “The Miami Nites Reunion Show,” from where he started. 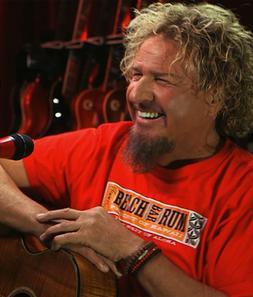 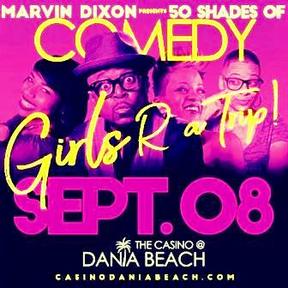 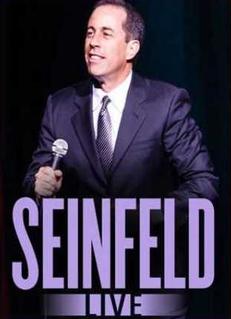