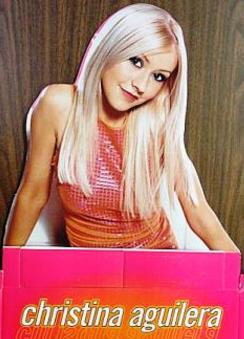 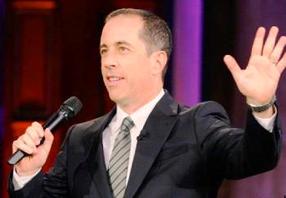 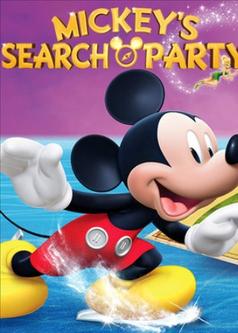 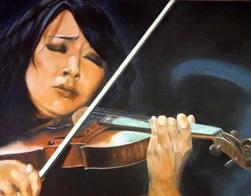 Jerry Seinfeld is best known for his starring role in the hit television sitcom “Seinfeld.”  He made his stand-up debut at an open mic night in 1976 and appeared on The Tonight Show, in 1981. After starring in his own television special in 1987, he developed the sitcom “Seinfeld” for NBC, with fellow comedian Larry David. The show ran for 9 seasons and was the highest-rated show in the United States when the final episode aired in 1998. He later created the reality show “The Marriage Ref” and the interview series, "Comedians In Cars Getting Coffee.”

Seinfeld’s interest in comedy was sparked at an early age through the influence of his father, a sign maker who was also a closet comedian. By age eight, Seinfeld was putting himself through a rigorous comic training, watching television day and night to study the techniques of comedians.

Over the years, he developed a unique style of comedy that centered on his wry observations on life’s mundanities.  The show reached unprecedented levels of popular and critical acclaim, and many of its catchphrases and plot elements became part of the cultural lexicon. Over the years, he has talked with such comedy stars as Chris Rock, Louis C. K., Tina Fey and Amy Schumer.

Born in Queens, New York, Lucia was introduced to the arts at the tender age of  three,  diligently practicing dance, piano, and violin.  It didn’t take long for Lucia to discover her passion and greatest talent was the violin, which quickly became her main focus.

After moving to Hawaii at the age of five, she continued to refine her skills on the violin with teachers Kathryn Lucktenberg and Sheryl Shohet.  After one year later at the age of six, Lucia made her debut as a soloist with the Honolulu Symphony Orchestra.

Soon after, she began appearing on local television shows and concertizing throughout the Islands. At age eleven, Lucia was accepted into the prestigious Juilliard School of Music’s Pre-College Division. She studied with the renowned violin scholar and teacher Dorothy De Lay, and also took lessons with Yitzhak Perlman, Cho-Liang Lin, and Won-BinYim.

Within a year, she was playing against some of the world’s most gifted prodigies. She won the Pre-College Concerto Competition and settled into a routine that would combine instruction with concert appearances at the Hollywood Bowl, Lincoln Center, and other prominent international venues.

At seventeen, she left to attend the Manhattan School of Music, where she studied with Pinchas Zuckerman. In the last ten years, Lucia’s profile has continued to soar.


JOIN MICKEY MOUSE AND HIS FRIENDS AS

AT THE BB&T CENTER

Mickey’s Search Party, is a brand-new adventure, filled with world-class skating, high-flying acrobats, and unexpected stunts! Help them follow Captain Hook’s treasure map, looking for clues, in the search for Tinker Bell.  Hold on to your hooks as Maui Moana and a bunch of other fans' favorite characters will appear in this fantastic world of  Disney On Ice show, Mickey’s Search Party.

Explore the colorful spirit realm of Coco in Miguel’s Disney On Ice debut; Sail away with Moana as she bravely saves her Island; See Bell in the sky above you, as the enchanted chandelier comes to life, and sing-along  with Elsa in the icy world of Frozen.

Mickey’s Search Party will bring the magic and fun closer to Disney’s audience than ever before with immersive and dynamic moments in the air, in the seats and on ice, when the show comes to BB &T Center September 13-16, 2018 for 4 performances.

Aguilera made her musical debut in 1998 with a cover of ‘Reflection,” the theme song for Disney’s Mulan. Consequently, Aguilera signed a multi-album contract with RCA records and released her self-titled debut album in 1999. It debuted at number one on the U S Billboard 200 chart and produced the singles “Genie in a Bottle,” “What a Girl Wants,” “ I Turn To You,” and “Come On Over Baby (All I Want Is You.”) She recorded “Nobody Wants To Be Lonely,” with Ricky Martin, and so many more.