PUT ON YOUR DANCING SHOES WHEN THE MUSICAL

“It Don't Mean a Thing If It Ain’t Got That Swing,” is one of the titles of so many such songs this musical will bring back. The memories of the music and dances  that were so popular, on the American charts, during the thirties and forties, included classic hits performed by favorites such as Benny Goodman, Duke Ellington, Ella Fitzgerald, Glenn Miller, Bernie Cab Calloway, Louis Armstrong, William “Count” Basie, and so many more. Relive the music of these bygone days that everyone loved as they are once again revived.

Swing, Swing, Swing, is a musical by various artists. It celebrates the music of the swing era of jazz./ In the year 2000 it received a Tony Award for Best Musical, Outstanding Choreography,” and other Tony Awards. The show includes music and dance styles from early swing to hip-hop and the Lindy. Hear the many wonderful tunes like “Jersey Bounce,” “All of Me,”  “Blues In the Night,” “Stompin’ at the Savoy,” “Boogie Woogie, Bugle Boy of Company B,” “In the Mood,” “Candy,” String of Pearls,” “Cry Me a River,” and too many more to mention.

Italian Pop Singer, Songwriter, best known for albums like “Stilelibero"or  "Dove c'è musica", takes center stage at the Hard Rock on October 9, 2016 at 8 p.m. He is popular in Italy and most European countries, and throughout the Spanish- speaking world, as he has released most of his albums in both Italian and Spanish. Since 1994, he has released 11 studio albums, one EP, three compilation albums, three live albums, and thirty seven singles.

Eros first gained international success in 1993, with the release of Tutte Storie, which amassed six million album sales and occupied the top five in every country where she had previously released albums. His audience appeal comes from several factors, including his unique voice, which can be described as somewhat nasal, but nevertheless forceful and resonant, and his energetic delivery of catchy melodic tunes which are often passionate mid-tempo ballads, with instrumentation that is rich in soft-rock influence.

His song, "Terra Promessaro".(Missed Land). won the Newcomers’ category, and was subsequently released widely throughout Europe. Tickets range from $64 to $174 and may be purchased at Ticketmaster or by calling the box office at 954-327-ROCK.

AUDIENCES WILL BE ROCKING AS JUSTIN ROBERTS &

"THE NOT READY FOR NAPTIME PLAYERS"

With eight Parent’s Choice Gold Awards, two-time Grammy nominee Justin Roberts, with the help of The Not Ready for Naptime  Players, will dish out nonstop entertain-ment that helps children learn about musical instruments, song structure, composition and improvisation, melody, harmony and tempo, as Justin and The Players  perform unexpectedly intelligent and whimsically rocking music in the Amaturo Theatre  at the Broward Center on  Tuesday, October 4, 2016, at 10 and 11:30 a.m.  Justin Roberts will get kids on their feet and laughing out loud.

Called "The Judy Blume of kiddie rock," Roberts is and two-time Grammy nominee and winner of eight Parents ' Choice Gold Awards.  He began his music career performing in an indie rock band before moonlighting  as a Montessori preschool teacher. He has performed  in front of millions of people on The Today Show and has been featured on Nick Jr., and has appeared at NYC 's New Victory Theatre, DC's National Geographic Live, LA's Getty Museum, Seattle's Moore Theatre , Lollapalooza, Austin City Limits and Chicago's Ravinia.

Tickets are $7.20 with $3 lap seats for infants under 12 months of age. Groups of 10 or more may also purchase admission to a 40-minute pre-or post Smart Stage Plus Workshop in which students will use their imaginations, creative movement and music to explore the shows themes. These tickets are $4 with the purchase of a ticket to the performance are available on line at BrowardCenter.org  or Ticketmaster.com. By phone at 954-462-0222 or in person at the box office located at 201 S.W. Fifth Avenue, Fort Lauderdale.​ 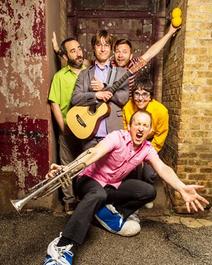 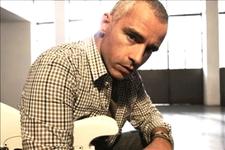