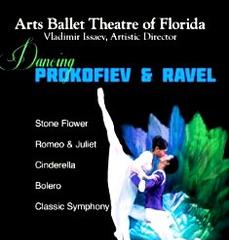 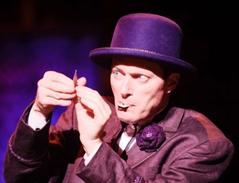 THE TWENTIETH ANNIVERSARY TOUR OF “RENT”

TO BE CELEBRATED AT THE  BROWARD CENTER

In 1996, an original rock musical by a little-known composer opened on Broadway...and forever changed the recognition of American Theatre. Two decades later, Jonathan Larson’s “RENT”  continues to speak loudly and defiantly to audiences across generations and all over the world.

And now, this Pulitzer Prize and Tony Award-winning masterpiece returns to the stage in a vibrant 20th anniversary touring production. A re-imagining  of Puccini’s La Bohème's, “Rent” follows an unforgettable year in the lives of seven artists living in Manhattan’s East Village,  struggling to follow their dreams without selling out.

With its inspiring message of joy and hope in the face of fear with such health problems as HIV/Aids, this timeless celebration of friendship and creativity reminds us to measure our lives with the only thing that truly matters—Love.

Broward Center has just announced that seats in the first two rows of the orchestra section, of the Au-Rene Theatre,  will be available for $25 for every performance of “Rent.” The $25 tickets are available for in-person purchases at the box office located at 201 SW Fifth Avenue, Fort Lauderdale, on the day of each performance only, two hours before the show.

The tickets must be paid for with cash only, and are limited to two tickets per person. This “Rent” tradition began in 1996 in New York and the Producers are committed to continuing the tradition of offering these orchestra seats in each city the show plays.

“THE ILLUSIONISTS” A DAZZLING, MIND BLOWING

"The Illusionists,” Live From Broadway, comes to Miami as part of the 2016 /2017 Broadway In Miami Series. Performances at the Adrienne Arsht Center are October 11-16, 2016 Season.

Hosts Amber Milt and Olga Villaverde, get in on the act and discover what it takes to suspend disbelief for eight perfor- mances a week. Viewers will meet “The Trickster” Jeff Hobson in-studio and witness an illusion that will leave them speechless. Hobson will discuss how a theatrical, Broadway magic spectacular show, balances a Broadway season.

This mind blowing exceptional production showcases the jaw dropping talents of seven of the most incredible Illusionists on earth. They have shattered box office records across the globe and dazzle audiences of all ages with a powerful mix of the most outrageous and astonishing acts ever to be seen on stage. This non-stop show is packed with thrilling and sophisticated magic of unprecedented proportions.

Audiences will witness stunning acts of grand illusion, levitation, mind-reading, disappearance and for the first time ever in history, a full view water torture escape. Performed by the acclaimed escapologist Andrew Basso, who will hold his breath for more than 4 minutes while attempting to escape from his underwater cell. This group of world-class performers take their cue from the showmanship of the great illusionists of the past such as Harry Houdini.

Collectively, these performers have been seen by millions of people. This production showcases their talents. Tickets are now on sale starting from $27 at the box office located at 1300 Biscayne Boulevard, Miami. Group tickets are available by calling 305-949-6722. Performances are evenings at 8 p.m., matinees 2 p.m. Sunday 1 and 7 p.m.

The Arts Ballet Theatre of Florida celebrates the 125th anniversary of the Russian master composer Sergio Prokofiev, a Russian, Soviet composer, pianist, and conductor. Inspired by Sergio's first symphony he created acknowledged masterpieces across numerous musical genres, including excerpts of ballets such as the Stone Flower, Romeo and Juliet, Cinderella, and a world premiere by Vladimir Issaev.

This program includes the work of guest choreographer Miao Zong, to the beautiful Bolero, by Maurice Ravel. Performances take place on Saturday, October 8 at 7 p.m. and Sunday, October 9, 2016 at 3 p.m. Tickets are $30 at the box office located at 3385 N E 188th Street, Aventura.

The same performance, times, plus all information, is also applicable and may be seen at the Broward Center on October 15 and 16, 2016, which is located at 201 SW 5th Avenue, Fort Lauderdale.