This critically-acclaimed holiday stage extravaganza is a cirque spectacle Broadway musical and family show all in one. Known for its tremendous energy audiences around the country continue to celebrate this time of the year with this multi-million dollar live stage production. Filled with more than 300 imaginative costumes, 20 world-class astonishing acts, the finest singers and original music, including snowmen, penguins, angels, reindeer toy soldiers, gingerbread men, ornaments and naturally Santa Claus.

Experience this two hour unbelievable, spectacular phenomenon show the entire family will enjoy, coming to the Broward Center’s Au-Rene Theatre December 26 to 30, 2017. Tickets are $29 to $123 available through Ticketmaster or at the Center’s box office located at 201 S.W. Fifth Avenue, Fort Lauderdale. Purchase online at www.BrowardCenter.org or phone 954-462-0222.

THE SILVER ANNIVERSARY EDITION OF

The Casino at Dania Beach is proud to present funnyman Marvin Dixon on Saturday December 23, 2017 at 8 p.m., on stage 954. The talented comic, known for his appearances on HBO’s Def Comedy jam and BET’s Comic View, will serve as part-performer, part-emcee to his liveliest show yet.”

As usual, Dixon will be in great company as he shares the stage with some of the country’s funniest comedians, and this time, celebrates 25 years of working in comedy.

On December 23, give yourself the gift of cheer and spend the night with Marvin Dixon and his extended family of funny friends. Marvin will be celebrating 25 years of bringing laughs and smiles to comedy fans.

His material is as fresh and on-point as ever. The dynamic and lively Marvin Dixon was raised in South Florida and has been in comedy since 1994,when he was signed up for an amateur standup competition. His fearless no- holds barred comedic style has earned him the recognition of industry icons. He has also released a comedy series, The Young Gunz of Comedy.

“THE MYSTERY OF THE MAFI’S GOLD”

“The Mystery of The Magi’s Gold,” from the author of “Late Night Catechism" comes “Sister’s Christmas Catechism,” on stage from December 21 to 23, 2017 in the Abdo New River Room at the Broward Center.

Sister Mary Beth takes on the mystery that has intrigued historians throughout the ages. Whatever has happened to the Magi’s Gold? Retelling the story of the nativity, as only Sister can, she employs her own scientific tools, assisted by a local choir as well as a group of audience members to create a living nativity unlike anyone has ever seen. Mary Beth Burns appears as Sister, a role she has played in various productions for more than a dozen years.

The actress is a natural to teach hilarious lessons with a background that includes touring with the Second City Comedy troupe for two years and teaching drama at a Montessori School. In 1993 the hit comedy "Late Nite Catechism," would go on to become the longest continuously running show in Chicago history, the longest one-character in off-Broadway history and the launch of a series of comic sequels that provides entertainment that is wonderfully funny and respectful for all.

THE WORLD PREMIERE PRODUCTION OF “BILLY & ME”

Billy and Me, a new play by Terry Teachout, author of the acclaimed “Satchmo at the Waldorf,” received its world premiere at Palm Beach Dramaworks. A work of fiction freely based on fact, the play speculates on the tempestuous friendship between playwrights Tennessee Williams and William Inge.

Billy and Me is a trip down memory lane, narrated by Artistic Director William Hayes who directs the premiere. The first act of the show is set at a bar in Chicago on December 31, 1944, immediately after a pre-Broadway tryout of William’s “The Glass Menagerie." The play continues almost 15 years later in Inge’s Manhattan apartment, a few hours after the Broadway premiere of his first flop, "A Loss of Roses."

It’s a play about love and jealousy. An artist is a person who can’t do anything else with his life. Writing is his fate, it’s that or nothing. But he can’t become an artist until he accepts that fate and acknowledges his true nature. That’s a big part of what this play is about, the struggle of two great American playwrights to come to terms with who they really were. Billy and Me stars Nicholas Richberg, Tom Wahl and Cliff Burgess.

Tickets are now on sale at $75 with specially priced preview tickets at $55 and opening nights at $90. Students $15, and pay your age tickets for those 18 to 40, also group rates for 20 or more. For more information call the box office at 561-514-4042, located at 201 Clematis Street, West Palm Beach, or visit online at www.palmbeachdramaworks.org.
​ 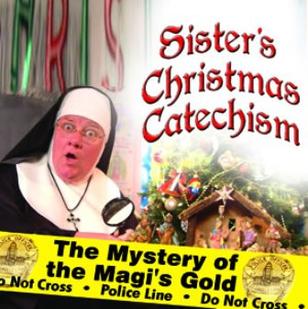 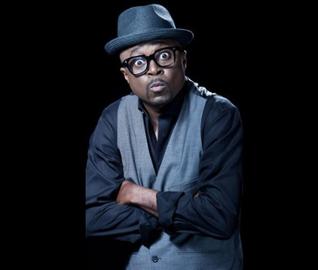 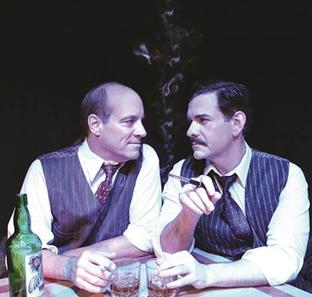 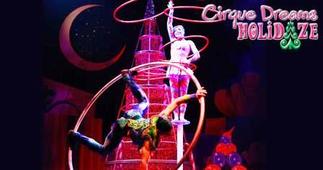